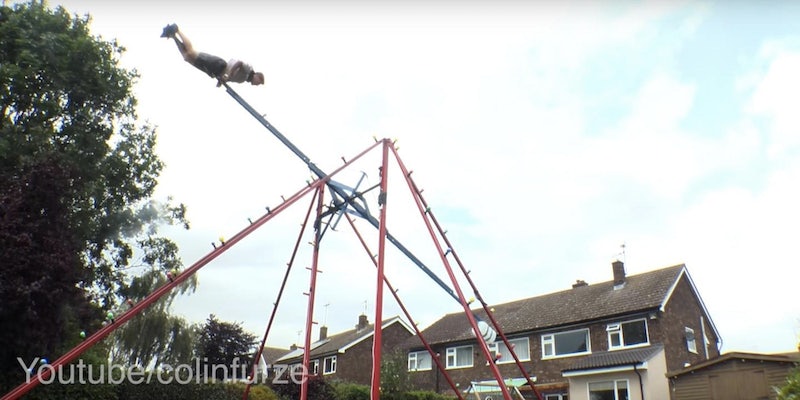 On every playground, there’s that one kid that dreams of going so hard on the swing set that he or she goes over the top. Colin Furze was obviously that kid.

The YouTuber has built a bunch of wild contraptions, including a jet bicycle and DIY Wolverine claws. For his latest project, Furze assembled a 360 swing. Standing more than 30 feet high, watching the madman do a complete 360 is both mesmerizing and terrifying.

We hope he had a light breakfast.