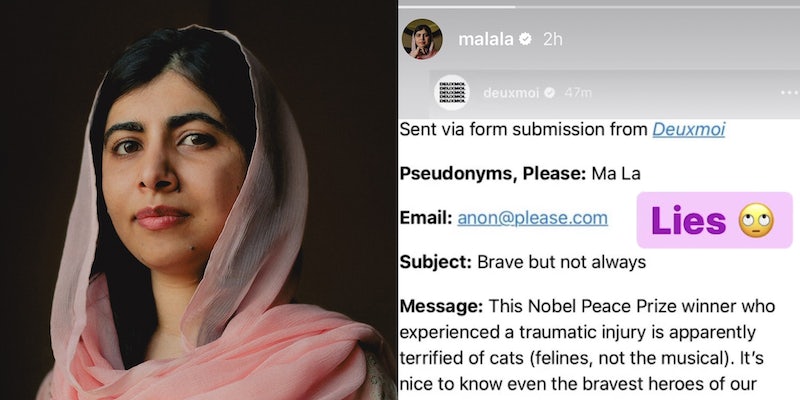 The Instagram gossip account Deuxmoi has been the source of some truly baffling and controversial blind items—but one from earlier this week involving activist Malala Yousafzai is a head-scratcher.

On Thursday, the account posted an anonymous submission about a “Nobel Peace Prize winner who experienced a traumatic injury” being “terrified of cats (felines, not the musical).”

The pseudonym “Ma La” on the submission is kind of a giveaway, and Yousafzai responded on her own Instagram Story with something more definitive: “Lies.” She added the Taylor Swift Cats sticker for emphasis.

Some commenters were surprised that Yousafzai, a Pakistani activist who was shot by the Taliban in 2012 for attempting to educate girls, knew about Deuxmoi. Infinitely weirder is that someone submitted it, but Deuxmoi isn’t really known for its fact-checking.