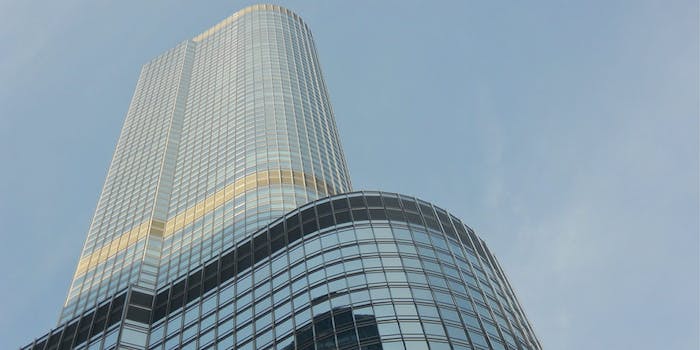 And we all know who won the state's primary.

As polls for the presidential primaries closed in Illinois on Tuesday night, the skies became worrisome with clouds, consumed by a storm. Ten tornadoes ripped through the state, damaging any buildings unfortunate enough to be in their path. Lightning and thunder zipped through the sky in Chicago, with one bolt striking the metallic Trump Tower that sits next to the city’s iconic Chicago River.

Later that night, it was revealed that Donald Trump had won the Illinois Republican primary, emerging victorious in Florida and North Carolina as well. And the Washington Post points out that Instagram user @mrmikeyv caught video of what may well be divine wrath raining down upon the presidential hopeful’s skyscraper.

One Instagram comment noted, “God speaks… He seems a little upset.” Looks like the big guy upstairs is feeling some of the same frustrations we’re dealing with here on Earth. But whether it was mother nature, Zeus, or a warning from interdimensional beings who want to save us from ourselves, we can all agree that this was pretty damn ominous.