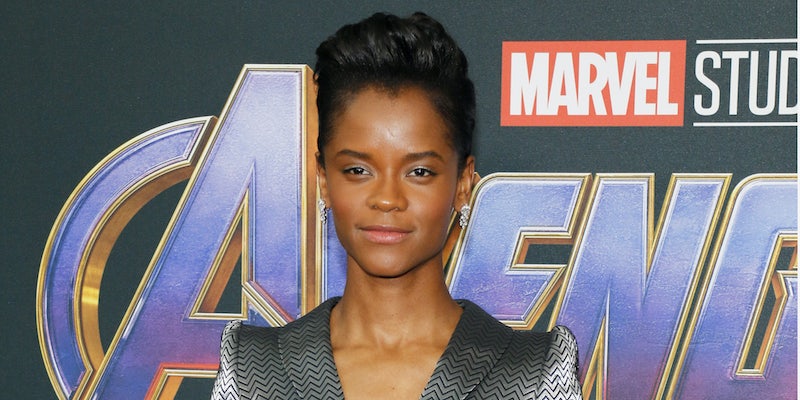 Letitia Wright addresses anti-vaccine comments: ‘I have apologised and I have moved on’

Wright denies accusations that she holds homophobic or anti-vaccine views.

During the press tour for Black Panther: Wakanda Forever, there was a lot of speculation around whether Letitia Wright would clarify her stance on vaccination.

In 2020, Wright faced criticism for sharing an anti-vax video on Twitter, writing, “If you don’t conform to popular opinions. but ask questions and think for yourself….you get cancelled.” The video in question came from a self-described prophet who had previously espoused homophobic views, sparking concerns that Wright might hold similar values.

Responding to the backlash, Wright said that she shared the video because it “raised my concerns with what the vaccine contains.” Then in 2021, the Hollywood Reporter singled Wright out as an anti-vaccine celebrity (which she denied), leading some Black Panther fans to demand that her role be recast.

Now, she’s finally addressing the controversy. In an interview with the Guardian, Wright said, “I feel it’s something I experienced two years ago and I have in a healthy way moved on. And in a healthy way I’ve apologised and deleted my Twitter. I just apologised for any hurt that was caused to anybody.”

When pressed on what this apology meant, she said she was misrepresented by people who accused her of being homophobic or anti-vaccine: “Those are things that I am not and I apologised and I’ve moved on.”

However when asked whether she’d been vaccinated against covid-19 – supposedly a requirement for anyone working on a Disney project like Black Panther: Wakanda Forever—she didn’t actually give a straight answer, just repeating that she’d “apologized and moved on” from the controversy.

Wright has faced far more scrutiny around her vaccination status than most celebrities, in part because of her role as Shuri in Black Panther. Wright is best known for playing a scientist in Marvel’s most politically progressive franchise, marketed as a role model. Elsewhere, as the Guardian put it, she has “made a name for herself playing liberal—if not radical—parts.” Meanwhile, anti-vax conspiracy theories are both a public health concern and are associated with politics that clash with Black Panther‘s image.

Plenty of other public figures have never revealed their vaccination status, but thanks to those 2020 Twitter posts, Wright is unlikely to escape this kind of criticism unless she actively confirms that she’s been vaccinated against Covid-19.

H/T to The Guardian