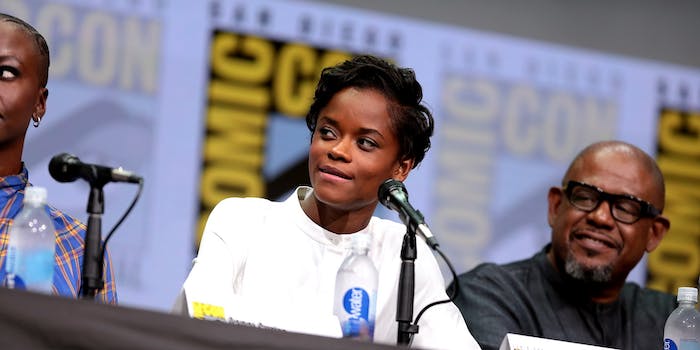 The actress still hasn't clarified her stance on vaccines.

Black Panther star Letitia Wright is under fire once again for her supposedly anti-vaccine views, following a Hollywood Reporter article that singled her out as an alleged anti-vax celebrity. An anonymous source claimed that she spread anti-vaccine sentiments while filming Black Panther 2 in Atlanta, but Wright now denies this report. However, her opinion on vaccinations remains unclear.

Posting on Instagram, Wright said that she was “saddened” by the article, adding, “I honestly assert that this was completely untrue. Anyone who knows me or has worked with me, knows that I work incredibly hard at my craft & my main focus is always to do work that’s impactful and inspiring.”

Despite Wright’s strong assertion that the report was incorrect, this post doesn’t directly address her stance on vaccinations. It only defends her professionalism on set.

Last December, Wright was criticized for sharing an anti-vax video on Twitter, following up with a tweet saying, “If you don’t conform to popular opinions. but ask questions and think for yourself….you get cancelled.” Since then she’s remained silent on the topic, but she and her representatives in the U.S. reportedly parted ways as a result of this backlash. Given that she’s never publicly endorsed the COVID-19 vaccine, she’s now widely considered to hold anti-vax views.

Disney now requires all employees to be vaccinated—for instance, at theme parks. However, this doesn’t necessarily cover film sets like Black Panther 2, where the rules are partially governed by union guidelines. Some studios like Netflix require everyone on set to be vaccinated, but Disney is introducing a tiered system where vaccinated workers will wear wristbands, while unvaccinated workers will not. This also doesn’t include projects that already started filming, like Black Panther 2. So it’s possible that Wright still hasn’t been vaccinated against COVID-19.

The Daily Dot has reached out to Letitia Wright’s representatives for further clarity regarding her attitude to vaccines.