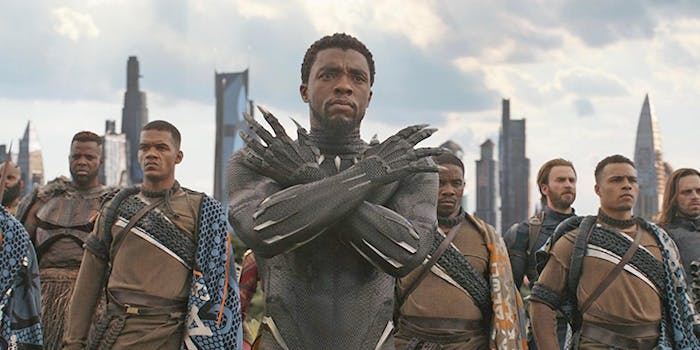 Disney won't repeat the controversial methods used to include Carrie Fisher in 'The Rise of Skywalker.'

There’s a lot of speculation about how Marvel will handle Black Panther 2, following the untimely death of lead actor Chadwick Boseman. A direct re-casting seems vanishingly unlikely, but there’s a precedent for using digital effects to include an actor who has already passed away. This would be a controversial choice, and fortunately, Disney has already ruled it out.

Speaking to the Argentine newspaper Clarín, MCU producer Victoria Alonso said, “There’s only one Chadwick, and he’s no longer with us.” So no, we won’t see a digital recreation of the original T’Challa in the next movie. Alonso continued:

“Sadly, our king has died in real life, not only in fiction, and we’re taking a little time to see how we continue the story and how to honor this chapter of what has unexpectedly happened to us, so painful and terrible to be honest.”

Writer/director Ryan Coogler will return for the sequel, which is currently scheduled for a 2022 release. Letitia Wright may take the lead role, echoing Shuri’s role as Black Panther in the comics, but Lupita Nyong’o is an equally plausible choice given her prominent place in the first film.

In recent years, the Fast and Furious franchise used CG effects to finish filming after the death of lead actor Paul Walker, assisted by stand-in performances from Walker’s brothers Cody and Caleb. But the most famous example is probably Carrie Fisher‘s brief role in The Rise of Skywalker, which incorporated segments of footage filmed for early movies, digitally combined with new performances from other actors. The end result was divisive. Some fans saw it as a moving tribute to Fisher’s career and Leia’s role in the franchise, while others found the scenes stilted and false.