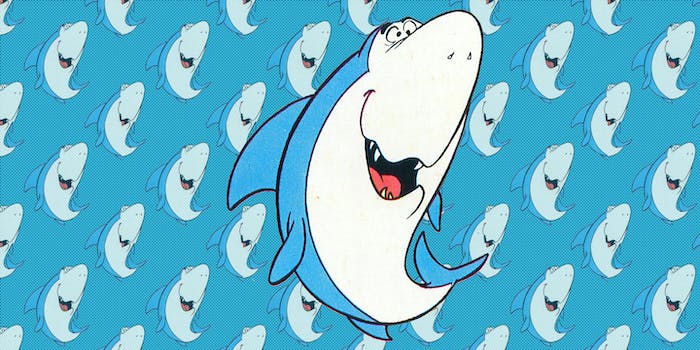 The only things more dangerous than angry sharks are angry lawyers.

There is no question that Left Shark was the real hero of the Super Bowl. His on-stage antics during Katy Perry‘s halftime show were more memorable than whatever Perry sang (or pretended to sing). It’s only fitting, then, that Left Shark is quickly becoming commercialized, as online entrepreneurs seek to capitalize on the fin-omenon.

The highest profile example of the Left Shark cash-in came from Bonobos, which announced earlier this week that it would design and sell a shark suit if it received enough interest. That campaign is still underway, but in the meantime, others have stepped in to fill the shark merchandise void.

Etsy, the DIY craft marketplace, is awash in Left Shark-themed items. From pillows and sweatshirts to tumblers and tank tops, Etsy sellers are seizing the post-Super Bowl shark craze in their capitalist jaws. There are currently 44 Left Shark products for sale on the site, from the standard items, like ones mentioned above, to a few more unusual offerings. 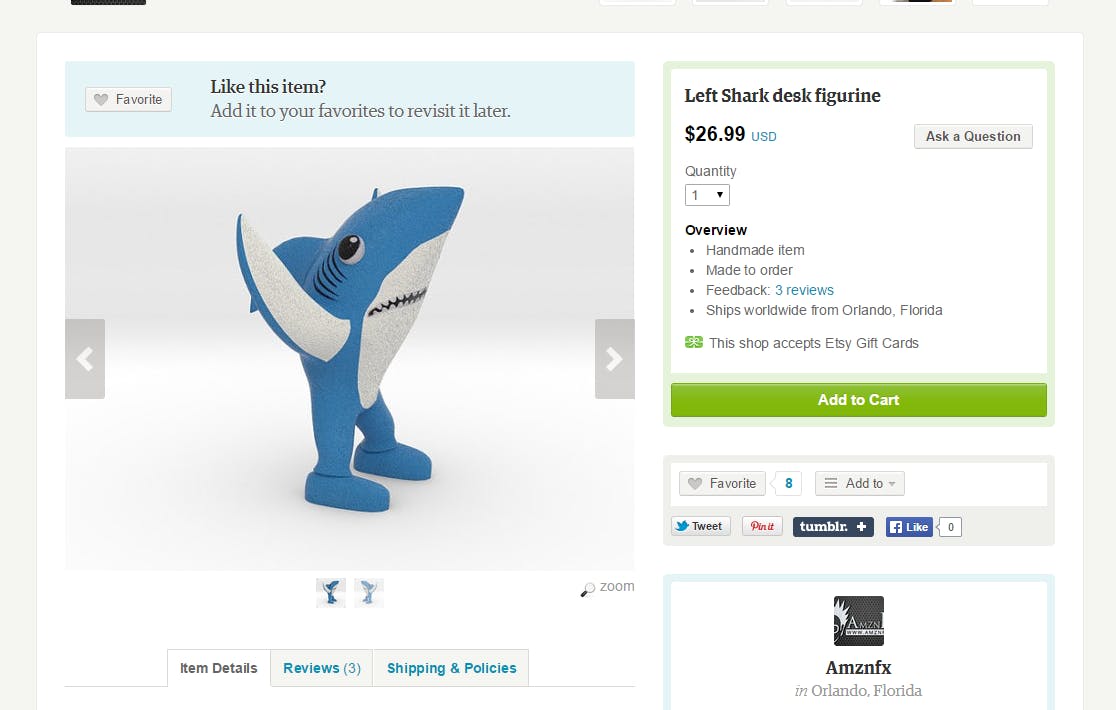 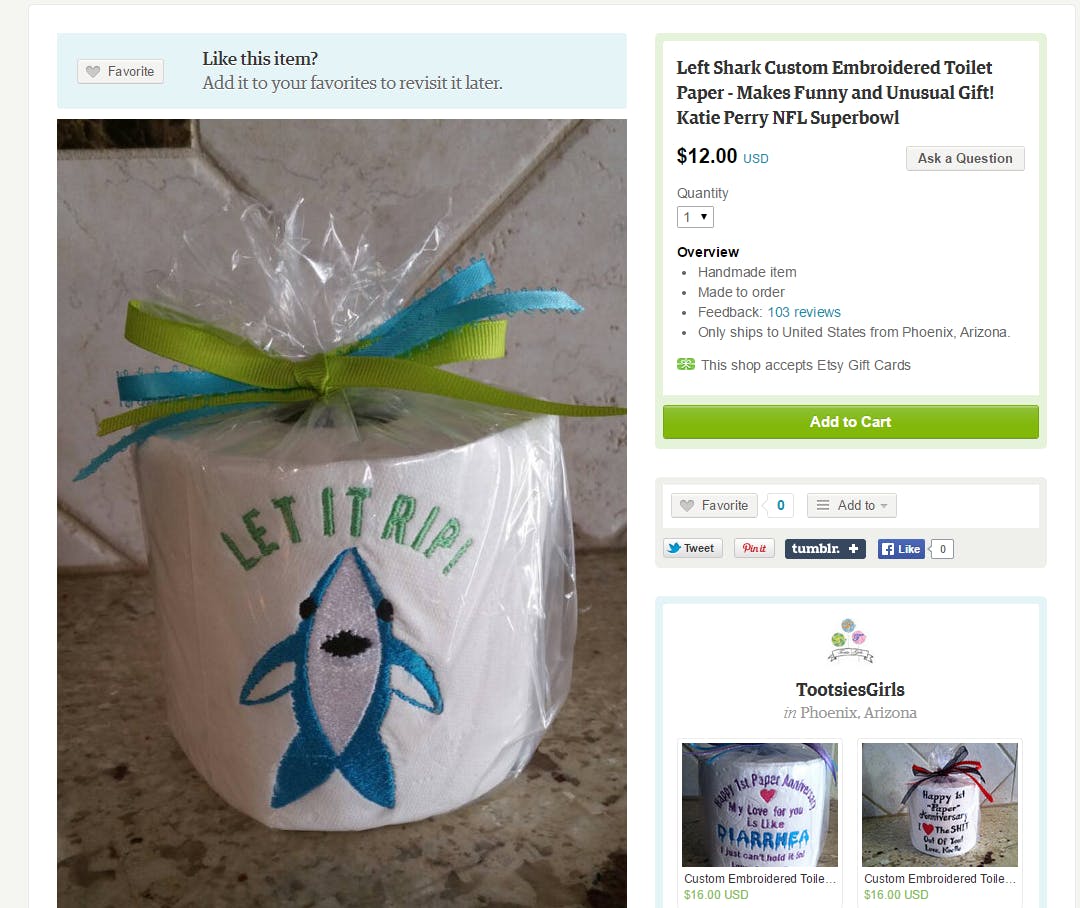 It’s all fun and games for now. But just as the innocent young swimmer at the beginning of Jaws learned the hard way that danger could strike at any moment, so too are Left Shark’s fans discovering that a violent menace awaits them in the waters of merchandising. We’re referring, of course, to lawyers—specifically, lawyers for Katy Perry.

Twitter user @Mstyle183, who runs the Amznfx Etsy store and offers the figurine shown above, didn’t just want to sell finished figurines for $27. He wanted to share the 3D design so that anyone could download it and print figurines.

Unfortunately, Perry’s lawyers evidently saw this as a step too far. Perhaps they thought @Mstyle183 had jumped the shark by attempting to democratize the shark-figurine business. On Wednesday, @Mstyle183 posted the following angry message on Instagram.

Just when you thought it was safe to go back in the marketplace.

We reached out to Bonobos team-members to ask if they were worried about a lawsuit and to fish for an update on the status of the shark-costume project. We never heard back, but on Twitter, they remain undeterred.

At this rate, they’re going to need a bigger legal team.

Photo via Mark Anderson/Flickr (CC BY 2.0) | Remix by Jason Reed