This is the ultimate "and one": a highlight reel and a meme.

Call it the new Mannying.

NBA superstar LeBron James dunked on Jason Terry of the Boston Celtics Monday night so hard it proved the ultimate “and one”: a superb highlight reel and a new meme.

Almost immediately after Terry was thrown to ground, his Wikipedia page was altered to show that the 35-year-old had died from “being viciously dunked on.” 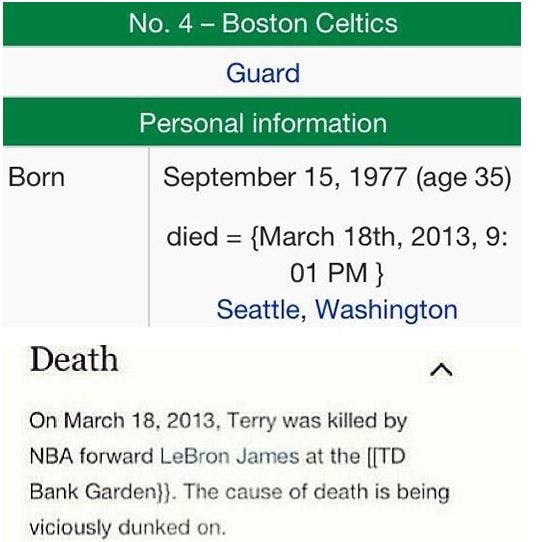 The Wikipedia entry, which has since been fixed, helped turn photos of Terry’s limp body on the floor into a meme. Terry was a Twitter trending topic Tuesday, with more than 30,000 people sharing videos of the dunk and the following images capitalizing off his fictitious death. 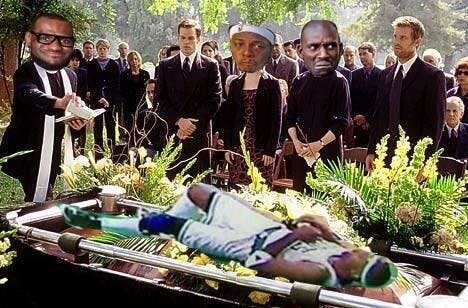 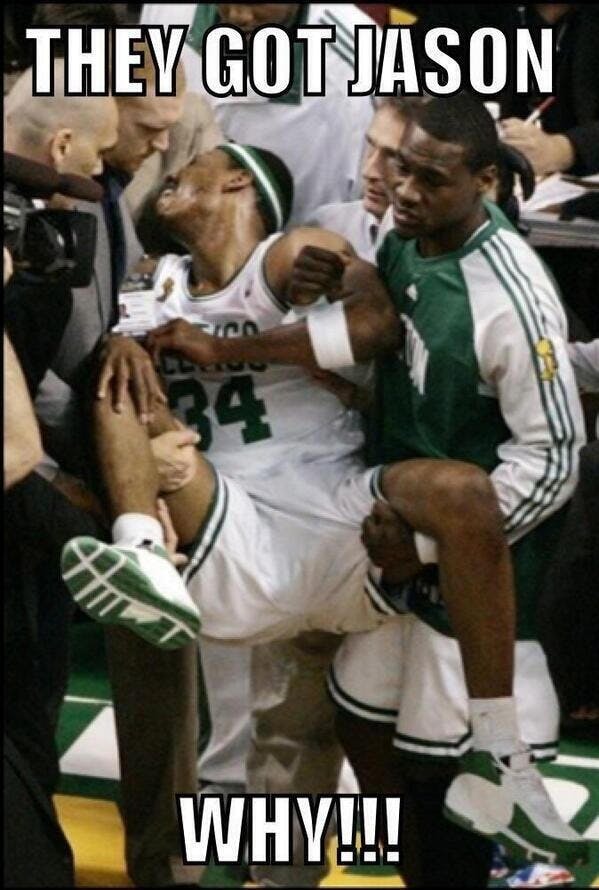 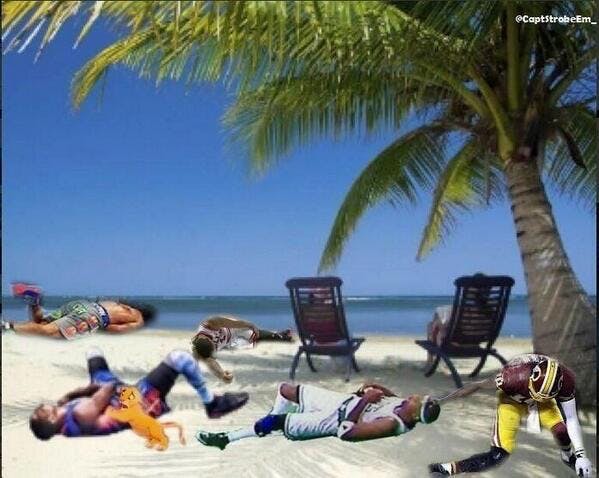 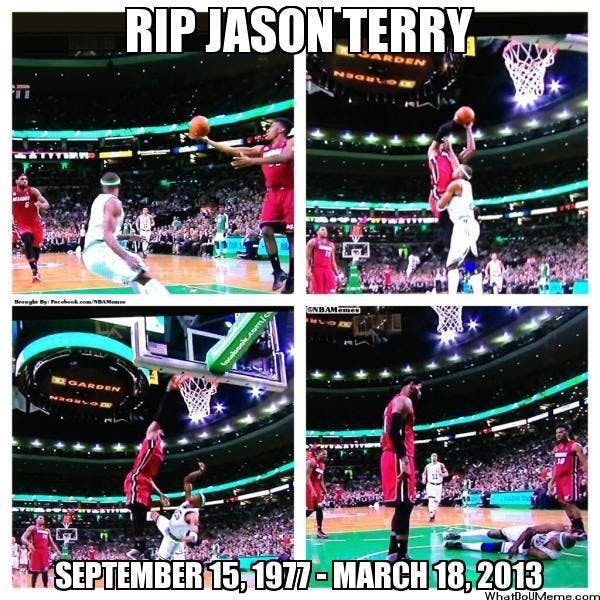 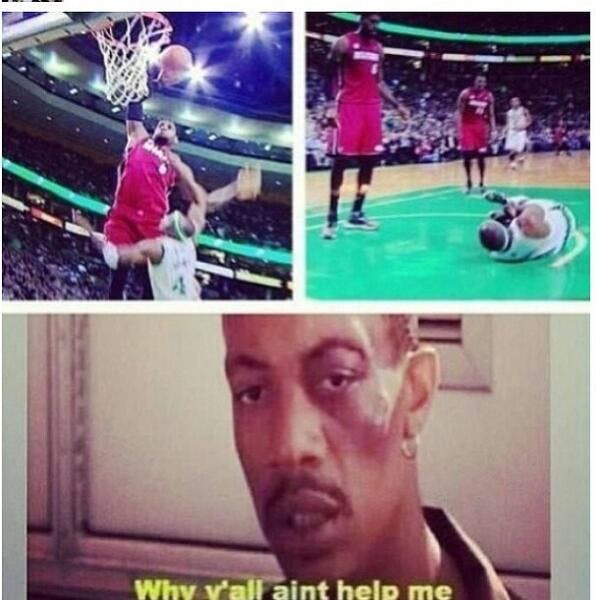 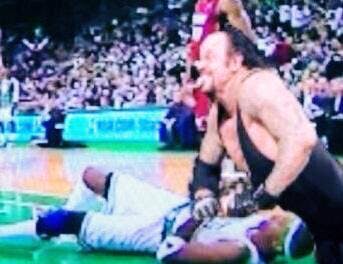 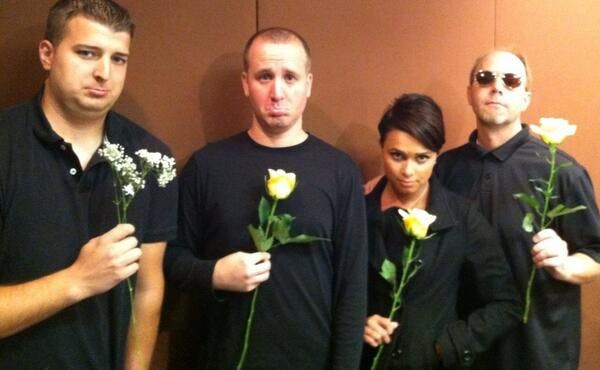