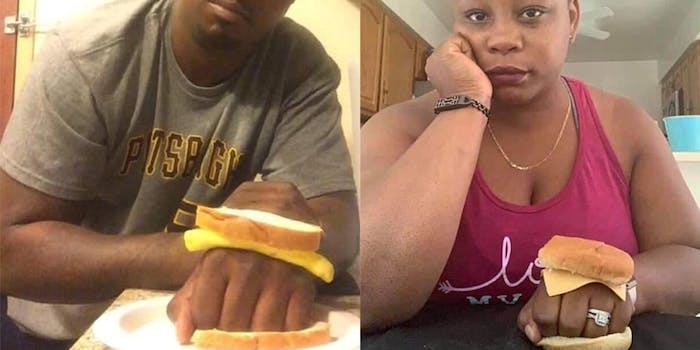 The knuckle sandwich meme is making a soaring comeback

We can't stop putting our hands in bread.

The term “knuckle sandwich” has been with us for a long time. Dictionary.com says the term was first recorded between 1970-1975 but fails to mention who actually coined the phrase. It doesn’t need a lot of explaining though. Even if you’ve never heard the phrase, it’s pretty obvious that it’s referring to punching someone in the mouth.

As early as 2010 people were posting pictures of their fist between two pieces of bread to create a literal knuckle sandwich—and they’re doing it again.

User Dollface posted the following picture to the “Questionable Content” forum on March 17, 2010, in response to the question “What is the best sandwich”? 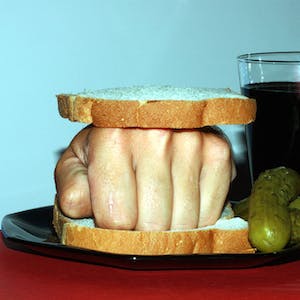 People have no doubt made the same joke before and many times since, but the meme seems to be having a resurgence recently, with everyone seemingly wanting to put their hand between bread.

In particular, a tweet from @TreacyRedWolfTF this week seems to have caught on. The original tweet shows a young man with his hand between two buns and a slice of cheese, along with the caption “Got a snack for the inventor of cancer.”

Other people grabbed the image and began posting it with their own messages.

Dear trolls: I brought you some lunch.. pic.twitter.com/9xRRixA8yM

The knuckle sandwich meme is just now starting to take off online, but with summer temperatures well above average in many states, tempers are no doubt going to flair—and people will find plenty of reasons to serve up their fist in sandwich form.