No, senator, that is not how a meme works

At a time when politicians are sparring with image macros and BuzzFeed listicles, Texas state Sen. Kirk Watson is clearly behind the curve.

Texas State Sen. Kirk Watson is an all around righteous dude, a Democrat fighting for justice and fairness in a red-drenched state.

He’s a 55-year-old former attorney who also served as the mayor of Austin for four years around the turn of the century, and someone most politically tuned-in Americans will recognize for his alliance to fellow Democrat Wendy Davis during the night of her famous filibuster this summer.

Watson, or someone who works for him, also works pretty hard to maintain an active presence online. He tweets quite regularly from the @KirkPWatson account, notifying his 15,000 followers to any updates on policies he’s been vocal about and sending well-wishes to any Jews in Texas celebrating holidays like Rosh Hashana last week.

Watson’s output on Twitter is sort of par for the political course. It’s on Facebook where things get funny—where Watson shows he has little grasp on the standard operating procedures of everyday Internet culture.

Watson’s camp has absolutely no idea how make anything that resembles a standard type of meme. At a time when everyone from Senate Minority Leader Mitch McConnell to the Koch brothers are using image macros on Facebook and BuzzFeed listicles to drive political agendas, Watson is clearly behind the curve.

His team tries—over and over again—but they just can’t seem to get the hang of it. Each and every time, the memes they produce—memes meant to address things like technology, health insurance, or the Texas educational system—fall flat on their face thanks to the absence of any type of humor or even a basic understanding of the reason for a photo and two separate chunks of white text.

Take this meme, for example, one Watson posted to his Facebook page Aug. 30. You’re doing it wrong, Kirk. That’s just a sentence with no punchline. 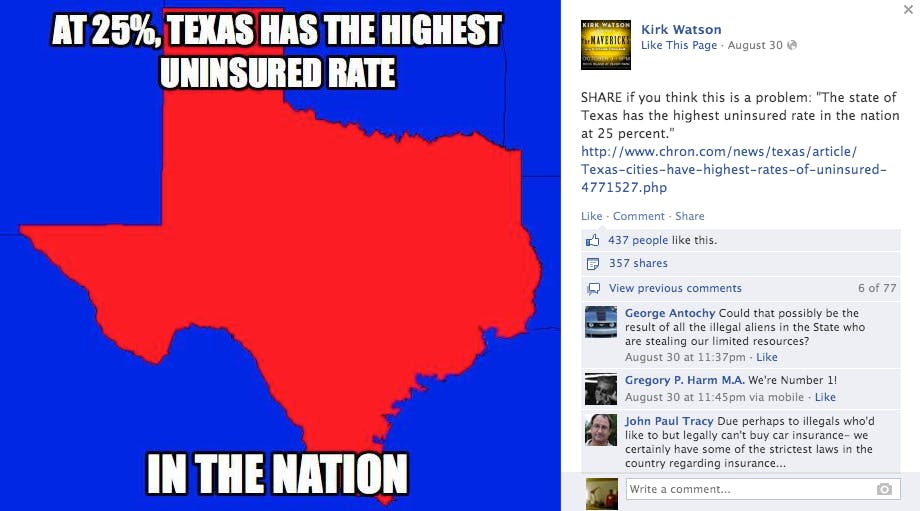 The troubles spill on. Here’s his attempted meme about open government. 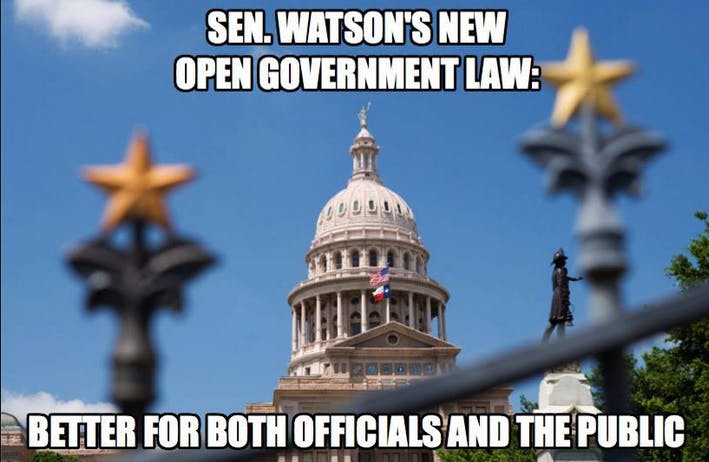 And here he is announcing the eventually arrival of the University of Texas’ medical school in Austin. 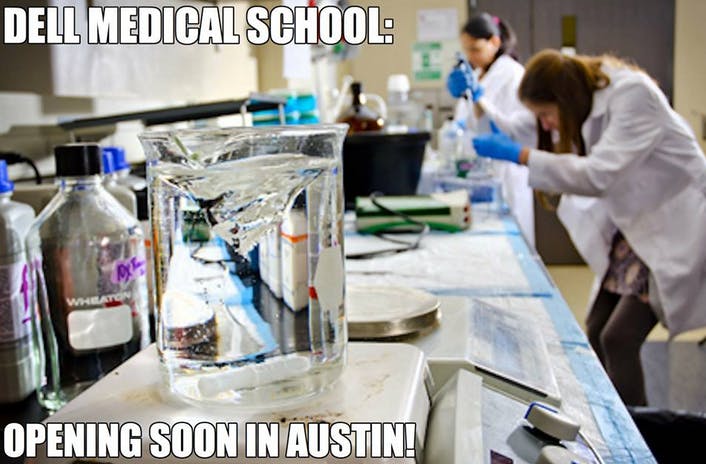 The only time he might have hit the meme spot, almost by accident, was on June 18, right around the time of Davis’s big filibuster, in which he miraculously brought a pop culture reference into the scope of major political discourse. 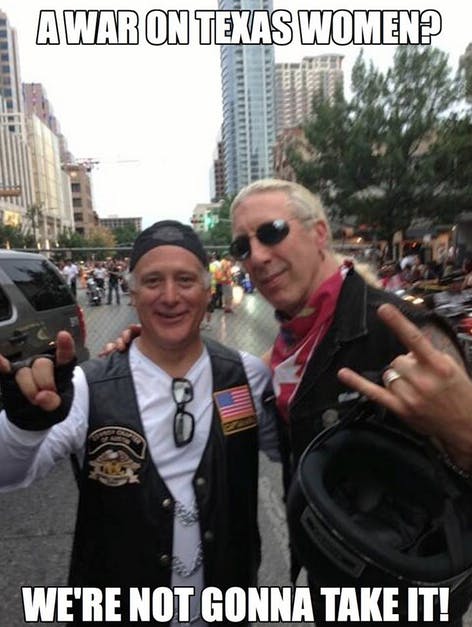 It’s been all downhill since there, though. Can somebody sent Kirk over to r/AdviceAnimals?