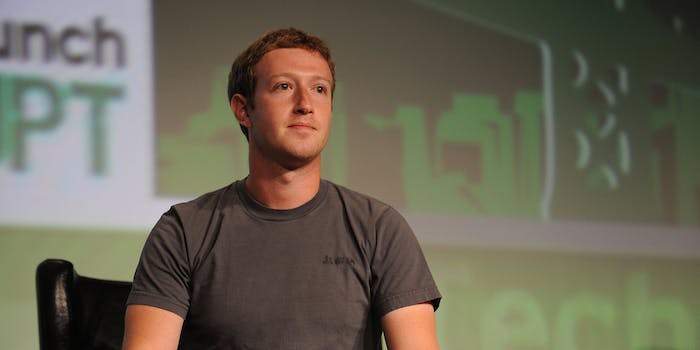 Why the death of Facebook is great for the Internet

Kill Facebook before it becomes an unstoppable agent of chaos, its own Mr. Smith.

“Welcome to Facebook. The rest of your life awaits.”

This may not be the social networking giant’s official slogan, but after its massive F8 developer’s conference this week, it might as well be. Unveiling a new Messenger platform that will put all your apps in one place, Facebook’s new plans don’t necessarily sound that intimidating at the outset.

But when you really look at what the company is trying to do, it becomes evident that its goal is not expanded convenience within a Facebook ecosystem but outright colonization of the entire online and mobile experience. “At F8 today Facebook teased a future that many in the tech world have joked about but that now seems like a plausible reality: Facebook as the entire Internet,” wrote BuzzFeed’s Charlie Warzel in an ironically adept analysis, given that BuzzFeed has also been accused of trying to take over the Web.

But what Facebook is attempting now goes beyond what any website has ever accomplished. In a speech at F8 Michael Abrash, chief scientist of the Facebook-owned Oculus, quoted lines from the 1999 sci-fi classic The Matrix—“What is real? How do we define real?”—before eventually posing the idea that “all reality is virtual.”

What does this mean in the context of Mark Zuckerberg and company? “Facebook’s tentacles will touch every bit of our lives and how we communicate,” writes the Daily Dot’s Selena Larson. “On our News Feeds, immersive videos will take us to different worlds where our friends are hanging out. In games, Oculus will put us in the front seat of a spaceship and catapult us into different worlds. And across the planet, Facebook will be beaming the Internet down from giant, unmanned aerial vehicles with the wingspan of a 737 airplane.” Larson concludes: “All reality is Facebook.”

This is not a reality we want to live in. If Facebook does become the entire Internet, it’ll be bad news for our digital lives, and by extension, our “real” lives, too. The simplest solution: Kill Facebook before it becomes an unstoppable agent of chaos, its own Mr. Smith.

It’s already been proven that excessive Facebook use can lead to depression; Facebook culture fosters an endless cycle of one-upmanship, a race to provide the most idealistic, picturesque version of your life so as not to feel lesser than those who are providing a similar idealistic version of theirs. Most of this posturing is, of course, a lie, designed to build a narrative around ourselves which suggests that showing how you live your life is more important than actually living it.

Kill Facebook before it becomes an unstoppable agent of chaos, its own Mr. Smith.

However, the strain of keeping up with the Joneses will be nothing if the company ends up succeeding in its quest to become the Internet’s Alpha and Omega. Forget about FOMO: In Facebook’s new world, it’ll be the fear of missing everything.

On top of obvious privacy concerns, the simple reason that it’s foolhardy to depend on one website is because that level of dependence is unnecessary. There’s not much you can do on Facebook that you can’t do on other social networking sites. Instagram and Twitter are just as effective at connecting users, aggregating news, and sharing content, but if we let these things be controlled by one platform, then we run the risk of endorsing a monopoly. On top of being illegal, monopolies are all-powerful and all-consuming. Unlike most monopolies, however, Facebook’s stranglehold on the Internet wouldn’t merely control one industry: It would control the means through which virtually all products and industries are filtered. This isn’t just bad business—it’s tyrannical.

With this kind of power, Facebook wouldn’t need to worry about quality. After the company’s 2014 foray into the mobile market, Wired‘s Mat Honan quipped that the company’s “plan [is] to conquer the world with crappy phones and bad networks.” With everyone under its umbrella, Facebook would have free reign to be as shoddy and inefficient as it wants (the same reasons critics oppose a Comcast-Time Warner merger).

Facebook’s approach to mobile publishing has already demonstrated the company’s abusive relationship with media. Right now, the Facebook app only shares ad revenue with websites that can pay to host content on its servers, leaving smaller sites out in the cold. It’s become a pay-to-play field, completely eviscerating the concept of an “open Internet.”

Concern over Facebook’s growing reach has been brewing for awhile. “I may be peering into a bleak and hypothetical future, but the level of control Facebook is starting to gain over what people see online is concerning,” wrote Mark Wilson at Beta News in 2014. “Facebook has, thankfully, showed itself to be largely free from a political agenda, but this may not always be the case. If an advertiser is willing to pay for posts with an anti-Obama slant, would the cash talk loudly enough to compel Facebook to promote biased articles?”

The sad thing is that for companies like Facebook, no matter how many things it gets right, the cash always talks loudly enough.

Back in 2012, Leo Watson of Digital Trends suggested that if you’re not already on Facebook, you should just stay away from it entirely: “Clearly I use Facebook, but I don’t like it as it exists today; it’s cluttered, tired, and bloated.”

But perhaps Watson’s complacency here says a little bit about why people do continue to use it. That fact is that for many of us, our lives are already so deeply ingrained in Facebook culture that it’s hard to get rid of the service, no matter how much we may whine about it. In a similar vein, Apple users may grow weary of the cult, but when nearly everything you own is an Apple product, switching isn’t an option.

Of course, Facebook’s plan for world domination may never come to pass, and there are reasons to be hopeful that Facebook’s dominance over the Internet is waning. With teens leaving the site in droves, the company has a lot of work to do if it wants to stay relevant for future generations. While Facebook remains a great way to share cat videos, we shouldn’t allow it to hold the rest of the Internet hostage. If those who care about an open Internet don’t start deleting their Facebook accounts now, they should be prepared to do so in the near future, instead of simply talking about it.

In David Fincher’s The Social Network, Sean Parker told a fictionalized Mark Zuckerberg, “We lived on farms, then we lived in cities, and now we’re going to live on the Internet!” We might live on Facebook, but it’s a terrible way to get your milk.