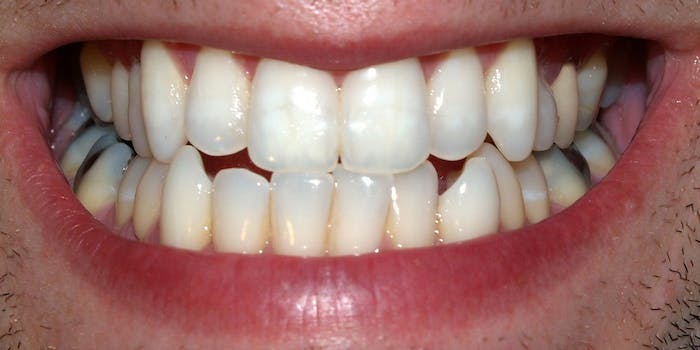 If this is bad, puberty is going to be rough.

After you reach a certain age, losing your teeth becomes something to dread, a symbolic event in an anxiety dream, and a spike in dental bills. But when you’re a kid, losing a tooth meant your folks had to fork up some cash. Each tooth is money in the bank.

But apparently this kid didn’t get the memo.

The second he checks the mirror, he cries in horror, “It looks scary!” unaware of the monetary benefits.

But kid, if you think that’s bad, wait until you get older. Yeah, you lose your teeth, but then your voice starts to crack, shoes don’t fit you anymore, and all of a sudden you have to put SPF 100 on top of your shiny head. Losing your first tooth? That’s nothing. You’ve got a lot more life to live, and a lot tougher changes coming your way.

Photo by David Shankbone/Flickr (CC BY 2.0)