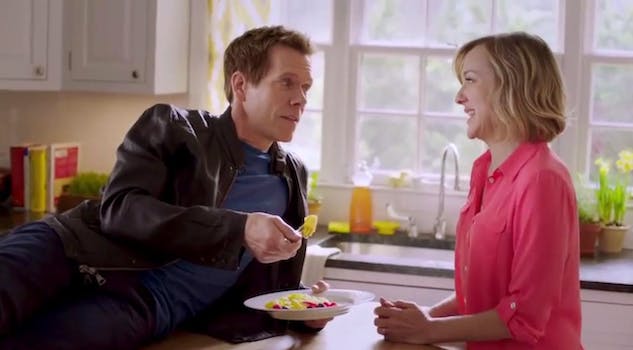 What’s the best part of waking up? No, it’s not morning breath, eye crust, or even a fresh cup of Folgers. According to the egg industry, it’s a piping-hot plate of protein-chalky goodness, served up by none other than (who else?) Kevin Bacon.

The American Egg Board enlisted the actor’s help for a sexier and funnier take on its 2012 ad campaign, “Wake Up to Eggs.” 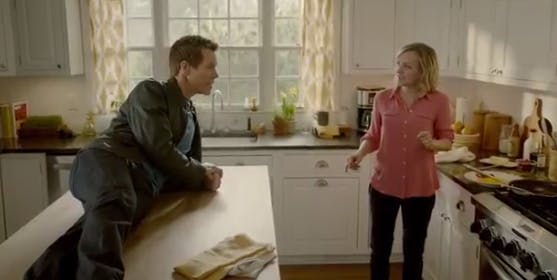 The new promotion, appropriately titled “Wake Up to Eggs With Bacon,” features plenty of six-degree jokes and breakfast puns. But what’s most intriguing about the commercial are the prevailing sexual overtones. The ad is filled with innuendos. Bacon’s TV wife sniffs him while he lies suggestively on the counter. Then there’s some weird joke about bringing home the oil. (Like, sex oil? IDK.)

Some are happy with the new direction. “I always felt like egg farmers were too conservative,” a CEO of a poultry company told the Associated Press. Let’s just not try and make breakfast too sexy. We certainly don’t want another Folgers incest ad mucking up the good name of eggs and bacon.