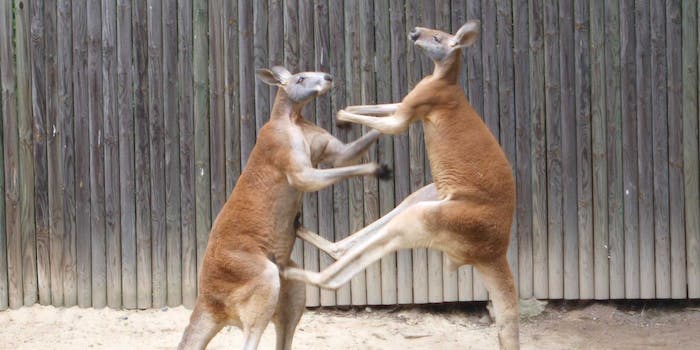 Street fights can be pretty awkward. When you come across two people having a public fight, is it better to intervene, call the cops, or just leave them alone?

When you stumble upon a street fight between kangaroos, the answer is a little more obvious: stay in your car and film it, because you probably won’t get another chance to watch two kangaroos duke it out in the middle of the road.

As is so often the case, Australian YouTube seems to confirm every stereotype we’ve ever heard about life in Australia. Watch out for those angry kangaroos.

Photo via Dellex/Wikimedia (CC BY SA 3.0)