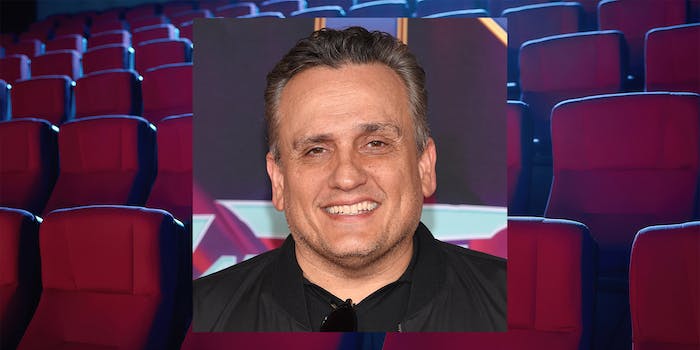 Is it really 'an elitist notion to be able to go to a theater'?

Will the discourse around streaming versus theatrical movies ever end? Judging by a divisive new interview with the Russo brothers, the answer’s a resounding no. While promoting their new Netflix movie The Gray Man, Joe Russo introduced a bold new volley into the debate: Traditional cinematic releases are “elitist.”

Starting out as sitcom directors, the Russo brothers made their name at the MCU, directing a string of smash-hits including the last two Avengers movies. Since then they’ve directed two non-Marvel films (Cherry and The Gray Man), both released through streaming platforms.

Speaking to the Hollywood Reporter, the Russos discussed the changing landscape of movie distribution, comparing their experiences working with Disney and Netflix. And although The Gray Man was shot for the big screen, Joe Russo was surprisingly critical of theatrical distribution, saying, “A thing to remember, too, is it’s an elitist notion to be able to go to a theater. It’s very fucking expensive. So, this idea that was created—that we hang on to—that the theater is a sacred space, is bullshit.”

This quote sparked a predictably conflicted response on on Film Twitter, drawing criticism from a wide array of angles.

On the one hand, sure. Tickets to new movies are quite expensive—although not notably pricy compared to other forms of in-person entertainment. Cinema screenings can also be inaccessible or undesirable to some audiences due to the ongoing pandemic. However “elitist” is a bit of a stretch.

It’s always wild to hear a multimillionaire describe anything as elitist, but beyond that, the Russos are primarily known for multiplex blockbusters. Marvel’s parent company Disney is one of the main factors to blame for the problems in the theatrica distribution system, because the studio a) demands that cinemas dedicate a ton of screens to Disney franchises, and b) prevents old movies from being screened at cheap repertory theaters. So this isn’t a “streaming is better than theaters” situation, it’s more about big businesses crushing smaller ones.

Historically, going to the movies is the quintessential form of American popular entertainment. Even as ticket prices rise, it’s just plain silly to look at millions of people enjoying Top Gun: Maverick, and somehow characterize this as a snooty privileged activity. So it’s no surprise that Joe Russo’s comments struck a nerve.

In reality there are upsides and downsides to both distribution methods, and by making a sweeping statement like “movie theaters are elitist,” Joe Russo just comes across as defensive. The weirdest element in all this is that the Russos co-produced 2022’s surprise theatrical hit, Everything Everywhere All At Once, which they explicitly praise in the same interview. It makes zero sense to present The Gray Man (a $200 million action thriller) as some champion of the common people when Everything Everywhere is a textbook word-of-mouth underdog success story—released exclusively in theaters.