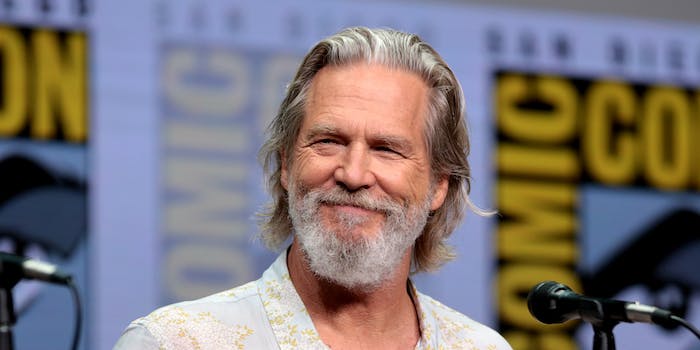 The 70-year-old actor says his 'prognosis is good.'

Beloved actor Jeff Bridges has been diagnosed with lymphoma, a type of cancer that affects the body’s lymphatic system.

“As the Dude would say.. New S**T has come to light,” the 70-year-old actor tweeted on Monday night. “I have been diagnosed with Lymphoma. Although it is a serious disease, I feel fortunate that I have a great team of doctors and the prognosis is good. I’m starting treatment and will keep you posted on my recovery.”

In a second tweet, he thanked his friends and family for support and reminded his fans to vote in the general election.

Known for a string of iconic roles in films like The Big Lebowski, Tron, True Grit, and Crazy Heart (for which he won the Oscar for best actor), Jeff Bridges is widely admired both for his prolific career and his laidback public persona. He currently has one upcoming project in the works: an FX/Hulu spy thriller series called The Old Man, co-starring John Lithgow and Alia Shawkat and created by the writers of Black Sails. The show is reportedly still in production, to be released next year.

The Old Man‘s production teams—FX, Touchstone Television, Hulu, and FXP—responded to Bridges’ diagnosis with a message of love and support, telling Vulture in a statement, “We wish him a safe and full recovery. And, as Jeff always says, ‘We are all in this together.'”

As of Tuesday morning, “Jeff Bridges” and “The Dude”—a reference to Bridges’ character in The Big Lebowski—are trending on Twitter as the actor’s many fans wish him a speedy recovery.