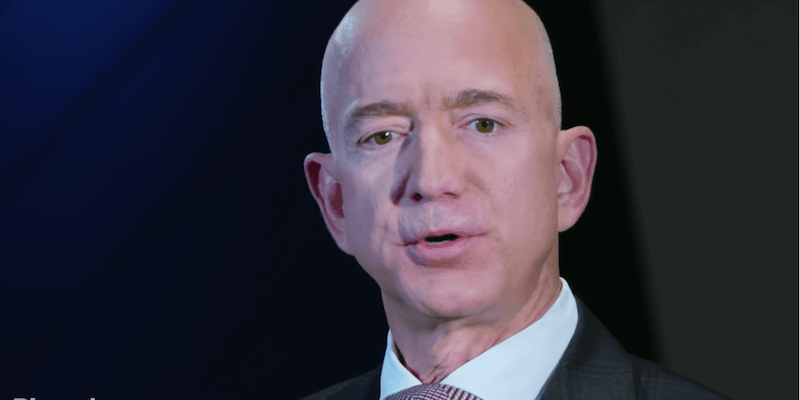 Jeff Bezos might become the world’s first trillionaire, and no one can handle it

The memes have not stopped.

A new study found that Jeff Bezos is likely to become the world’s first trillionaire, possibly by 2026.

Comparisun, a small business-advice platform, analyzed the net worth of the world’s 25 richest people and the market capitalization of the 25 highest-valued companies on the New York Stock Exchange and found Bezos is most likely to become the world’s first trillionaire.

If Bezos were to become a trillionaire, he would be richer than 43.7% of the world’s population. His worth would be more than the individual GDPs of 179 countries with a combined population of 3.4 billion, according to Comparisun.

Bezos started trending on Twitter when news broke that he could become a trillionaire in the near future. And the memes have not stopped since.

“It should be within everyone’s legal right to rob him on sight. What’s the harm? He literally has a trillion more dollars,” one user tweeted.

Aside from the jokes, there was genuine outrage that one human being could acquire that much wealth. Many feel that Bezos already has an excessive amount of wealth and pointed out that capitalism doesn’t favor everyday workers like it does the wealthy.

“Capitalism has brought about levels of income inequality that are unjust and unsustainable,” one user tweeted.

Many pointed out that while Bezos is set to become a trillionaire, Amazon workers had to fight for $15 an hour.

Many pointed out how many problems in the world Bezos could essentially solve with his extravagant wealth.

While economies have been hit hard by the coronavirus pandemic, Bezos has emerged unscathed. From March 14 to May 14, Bezos’ wealth grew from $125 billion to $143 billion, according to Bloomberg’s Billionaires Index.

Amazon has fared well during the pandemic, likely because people are ordering goods through Amazon’s delivery service to stay safe and healthy. Bezos donated $100 million to U.S. food banks in early April, according to CNN.