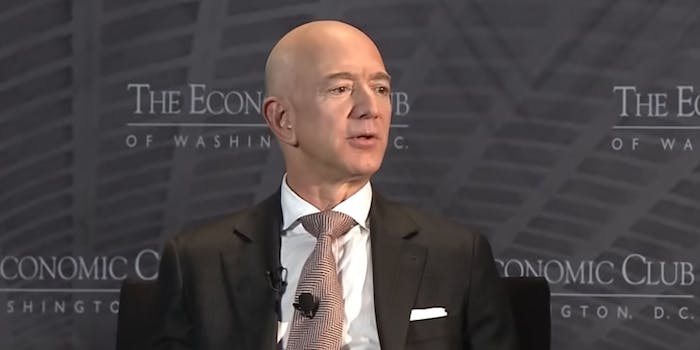 Amazon employees have been critical of the retail giant's inaction on the issue.

Amazon founder and richest person in the world Jeff Bezos announced on Monday that he is committing $10 billion to fund programs that will combat climate change.

Bezos made the announcement in an Instagram post. It comes as Amazon employees have been calling out the retail giant’s inaction related to climate change and him facing scorn for donating what many seemed to be a small amount to help fight wildfires in Australia.

The $10 billion will come from the newly-created Bezos Earth Fund, he said in the Instagram announcement.

“Climate change is the biggest threat to our planet,” the Amazon founder wrote. “I want to work alongside others both to amplify known ways and to explore new ways of fighting the devastating impact of climate change on this planet we all share.”

Bezos said the fund would give money to “scientists, activists, NGOs” and “any effort that offers a real possibility to help preserve and protect the natural world.”

The Instagram post did not offer specifics on a timeline for the funds being dispersed, but BuzzFeed News noted that the money would be from Bezos’s personal wealth.

The large sum of money Bezos is committing to climate change comes as hundreds of employees have made their criticism known about Amazon’s environmental policies.

A group of employees, known as Amazon Employees for Climate Justice, wrote an open letter calling on the company to begin leading on the climate crisis.

“We applaud Jeff Bezos’ philanthropy, but one hand cannot give what the other is taking away. The people of Earth need to know: When is Amazon going to stop helping oil & gas companies ravage Earth with still more oil and gas wells? When is Amazon going to stop funding climate-denying think tanks like the Competitive Enterprise Institute and climate-delaying policy? When will Amazon take responsibility for the lungs of children near its warehouses by moving from diesel to all-electric trucking?” the group wrote.