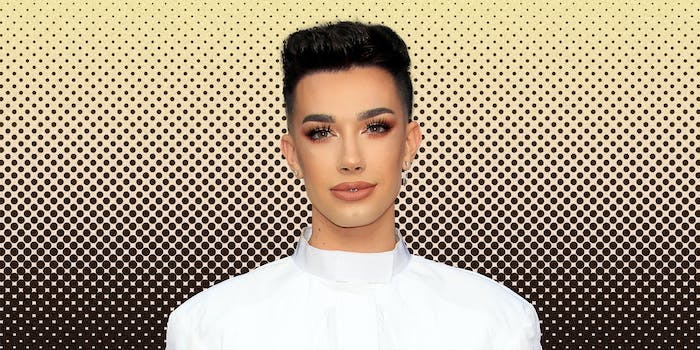 James Charles is being sued by former producer, claims he’s being blackmailed

He's trying to get ahead of an upcoming story.

James Charles returned to social media on Monday to address a lawsuit from a former producer and suggest that he is being blackmailed.

Charles, the massively popular YouTuber who left social media last month after addressing multiple allegations of grooming and soliciting nudes from minors, posted a seven-minute video to Twitter revealing that a former producer, Kelly Rocklein, filed a lawsuit against him claiming wrongful termination.

Charles appears to be trying to get out in front of an upcoming story, in which Rocklein allegedly details working conditions, and claims that, among other things, Charles used racial slurs around her. Over the weekend, a dormant James Charles Twitter account was rediscovered, as well as a racial slur tweeted at fellow influencer Jeffree Star in 2020. Charles says he was hacked.

He suggests that the lawsuit, which was filed two years ago, is now being leveraged as blackmail to make him pay more in settlement.

In a now-deleted thread, Insider’s Kat Tenbarge rebuked several claims in his video, stating that “blackmail is a criminal allegation and a really crazy and stupid one to make,” and said “story coming soon.”

There was of course criticism of his decision to publicly reveal details of a lawsuit, and paint himself as a victim, considering what he has been accused of.