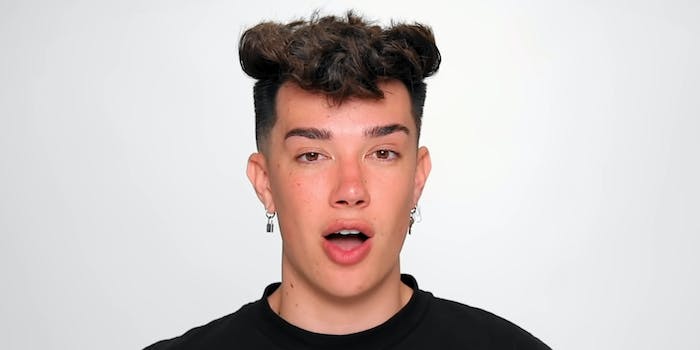 YouTube has taken away Charles' revenue in the wake of grooming allegations.

James Charles has been demonetized by YouTube, following multiple accusations of misconduct and grooming from minors.

According to Insider, the beauty vlogger was temporarily removed from YouTube’s Partner Program, meaning Charles won’t receive ad revenue from his channel, which boasts more than 25 million subscribers.

YouTube cited its creator responsibility initiative, which states: “If we see that a creator’s on- and/or off-platform behavior harms our users, community, employees or ecosystem, we may take action to protect the community.”

Morphe, the makeup company that had partnered with Charles, announced last week it was ending its “business relationship” with him in light of the allegations. Charles posted a statement last week, confirming the break with Morphe but also insinuating that allegations coming out after his most recent April 1 video are “misleading” or “false.” Charles has faced multiple allegations that he solicited nudes from minors.

Though BuzzFeed points out Charles’ subscriber count hasn’t really dropped in the wake of these allegations, demonetization has previously been applied to David Dobrik and Shane Dawson after they faced allegations of misconduct.