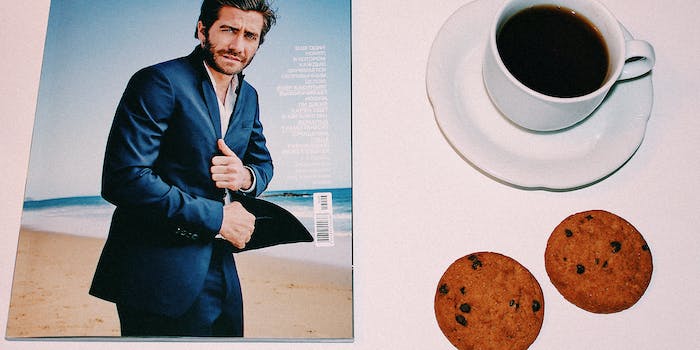 “Everyone hated waiting on him. Everyone.”

This could be applied to many celebrities, as TikTok has become a platform for those in the service industry to call out shitty customers. (And, sometimes, nice ones.) But this line is specifically about actor Jake Gyllenhaal.

Earlier this week Erin Lang—vinylscar on TikTok—posted a video about her experience(s) with Gyllenhaal. “Not very nice,” she adds. “Really stuck up.”

That squares with an account from a NYC server who claimed last fall that Gyllenhaal was “whiny.” In the comments of Lang’s Gyllenhaal post, someone divulged that Tyler the Creator “comes into my restaurant all the time and always asks for me as his server yet NEVER tips.”

Over on Instagram, Lang has been posting more interactions with celebs like Harvey Keitel (“total asshole”), Michael Cera (“Treated me with so much respect”), and Zoe Kravitz (“Never waited on her but hates not being the only Black girl in the room”) .

Lang has a history here: She’s one of the creators of influential early aughts gossip blog Oh No They Didn’t, which preceded Perez Hilton and TMZ and was initially helmed by Lang and two other friends, who started it when they were teens. Last week she posted two TikToks that reiterated what was reported in a 2014 Vice article: She was forced out of the site by two white community moderators who took it on as their own.

She also says Ezra Miller “shamed” her “for being a waitress” when they were on a date and that, surprisingly, Ryan Seacrest was “engaging” and “really friendly” when she refilled his wine.