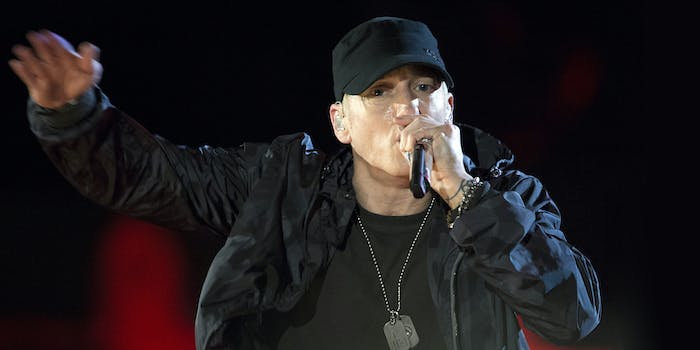 This week on the internet: Eminem TikToks, Olivia Rodrigo drama, and Me Too

High-profile cases put Me Too back in the spotlight

The week leading up to the July Fourth holiday has felt very long. There are extreme weather events happening across the world, Free Britney advocates are still fighting to end her conservatorship, and sexual assault survivors had to see Bill Cosby being released from prison. The latter event led to an outpouring of responses under the hashtags #MeToo and #CarryTheWeight on Twitter.

There was a common sentiment among the responses: Critics who claimed that the Me Too movement went “too far” were obviously wrong. Supporters argued that the movement, which amplifies stories from sexual assault survivors, needs to continue for a long time.

The same day that the internet learned about Cosby’s release, the news broke that James Franco settled a $2.2-million sexual misconduct lawsuit. Dylan Farrow commented on both cases through a statement that she posted on Twitter. “For those that question myself and survivors about the reasons and timing of coming forward, I hope that today will serve as a teachable moment,” she wrote.

Bored? Get your fortune told, because why not

Sure, fortune-telling is an antiquated practice and one that scientific thinkers love to hate. But it’s also a lot of fun to get your fortune read, and who knows how it may mysteriously align with what you need. Besides, trying to figure out your own life is exhausting, so why not pay someone else to think about it for a change?

Eminem’s 2009 single “My Mom” has made it to TikTok and is being used to soundtrack some illuminating stories about mothers. This particular sound originated on the account @drippingwax, who claims that “My mother grew up with Eminem’s brother, seems she took some of his moms traits.” The TikTok has more than 1 million views.

People are now using the sound to share interesting stories about their moms—ones that involve hiding razor blades in their hair and accidentally booking a hotel during a furry convention.

Replying to a fan on Twitter, Costello said that the similarity was “fine by me.” Explaining that this is “how rock and roll works,” he added that he did exactly the same thing in his own career: borrowing influences from earlier artists and making them his own. As a mainstream pop artist who wears her influences on her sleeve, Olivia Rodrigo makes a lot of music that sounds similar to other popular songs. But that’s one of her strengths as an artist, and at 18 years old, she has plenty of time to develop a more specific sound of her own.

Get in, we’re going to Flavortown.