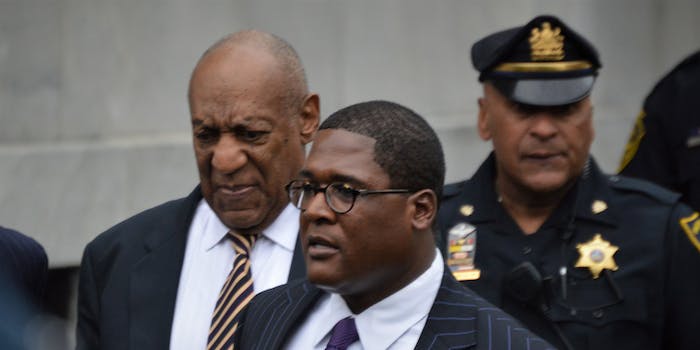 ‘Feels like a knife to the heart’: Bill Cosby’s release is met with outrage by #MeToo supporters

Comedian Bill Cosby, 83, was released from prison Wednesday. As the first criminal conviction of the Me Too movement was overturned, sexual assault survivors and allies took to Twitter to voice their frustration.

A Pennsylvania appeals court overturned Cosby’s sentence, ruling that he was denied a fair trial, the New York Times reported. Cosby was first arrested in 2015 and was convicted in April 2018 on three counts of aggravated indecent assault against his former mentor Andrea Constand, which had occurred 11 years earlier. The conviction was upheld in 2019 by an interim court.

However, the Associated Press reported that the Pennsylvania Supreme Court said Cosby’s arrest was “an affront to fundamental fairness.”

The court said Montgomery County’s district attorney Kevin Steele had not followed through on his predecessor’s promise not to charge Cosby. Justice David Wecht said Cosby shared potentially incriminating testimony on the basis that he would not be charged, AP reported.

Cosby served three years of his three- to 10-year prison sentence before the conviction was overturned.

An outpour of disappointment regarding Cosby’s release followed on Twitter, flooding the hashtags #MeToo and #CarryTheWeight. Many pointed to the promise at the center of the court’s decision.

“Bill Cosby’s sentencing isn’t being overturned because he’s innocent—but because of a previous deal he struck where he already admitted to drugging women in a deposition,” journalist Ernest Owens said on Twitter.

Others criticized the lack of justice for survivors who’ve had to share their trauma.

“Days like today feels like a knife to the heart of so many people who have been sexually assaulted and discredited for sharing their experiences,” one user said.

“And people wonder why women don’t come forward,” another said.

One user shared an image of the 2015 New York magazine cover that featured 35 women who had accused Cosby of sexual assault.

However, the actor’s former co-star Phylicia Rashad, who portrayed Clair Huxtable, shared her support for her The Cosby Show husband on Twitter.

“FINALLY!!!! A terrible wrong is being righted- a miscarriage of justice is corrected!” she said.