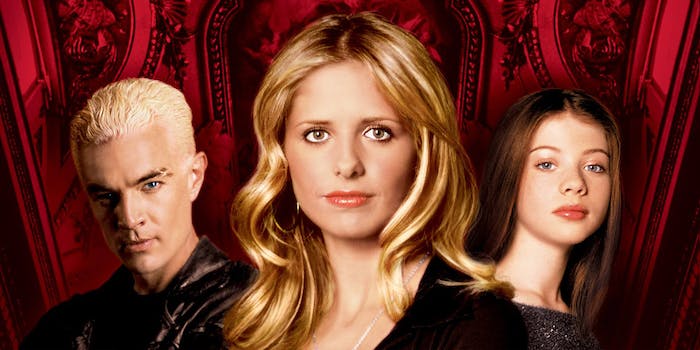 This week on the internet: Gina Carano fired, the ‘Buffy’ cast speaks out

Welcome to the Friday edition of the Internet Insider, where we dissect the week online. Today:

On Wednesday evening, Lucasfilm revealed that actress Gina Carano was no longer employed by the company and that she would not be involved in any future projects.

Carano played Cara Dune in the first two seasons of Disney+’s The Mandalorian, and she quickly developed a fanbase—notably among women who were happy to see a muscly, tough female character get a major role in a Star Wars title.

Carano was on track to continue starring in The Mandalorian, and possibly other spinoff series. But that all changed last year, when Carano’s social media posts began to make headlines.

She shared conspiracy theories about the presidential election, mocked people for wearing masks, and made fun of people for using pronouns in their bios until her co-star Pedro Pascal spoke to her about it and “helped [her] understand.”

But the final straw was a post she shared on her Instagram that compared being hated for having different political views to how Jewish people were treated in the events leading up to the Holocaust.

The response to the news has been met with outrage by some, and now there’s even calls to fire Pascal over his own social media posts. But that seems unlikely. In fact, Pascal just landed a lead role for a different franchise: HBO’s The Last Of Us series, based on the popular video game.

Tarot is a divination tool that uses a standard deck of playing cards to forecast future outcomes. In most instances, people have collected specific cards for this practice known as tarot decks.

Finding a reliable online tarot reader that fits into your budget isn’t the easiest task. There are some sites that aggregate readers and work as a middleman. There are also professional readers who run their own sites. If you have no idea where to begin, let us lead the way…

Buffy and Angel star Charisma Carpenter went public with some alarming allegations about writer/director Joss Whedon on Wednesday, accusing him of creating a “toxic work environment” and punishing her for getting pregnant while filming Angel. Her statement adds to an ongoing series of accusations that characterize Whedon as an abusive boss. Other Buffy stars are now weighing in, including Sarah Michelle Gellar (Buffy), Anthony Head (Giles), Michelle Trachtenberg (Dawn), Amber Benson (Tara), and several other members of the cast and crew.

In a British TV interview on Thursday morning, Head said he was “gutted” to read these allegations and added he’d been “up most of the night running through [his] memories” of working on the show, wondering what he’d missed. “This is not a man saying, ‘I didn’t see this so it didn’t happen,'” he said. “I’m gutted because one of my memories, my fondest memory was that [Buffy] was so empowering.” Whedon has not responded publicly to Carpenter’s allegations.

In this week’s episode of Behind the Seams, we look at the sitcom fashion that inspired the costumes on Disney’s WandaVision.

The Gorilla Glue saga ends with a successful procedure

Tessica Brown has successfully removed the Gorilla Glue from her hair after more than a month of immovability and pain.

The 40-year-old business owner went viral and was labeled “Gorilla Glue girl” after posting a TikTok earlier this month explaining her nightmare situation: Her hair hadn’t moved in “about a month” after using Gorilla Glue’s spray adhesive on her hair in lieu of her regular product. People claimed she purposely tried to go viral for “clout,” which she said has taken a toll on her and her kids, who now have to deal with comments from classmates and teachers. “I never was going to take this to social media,” she told ET in an interview. “The reason I took this to social media was because I didn’t know what else to do.”

The Weeknd looking confused during the close-up camerawork at the Super Bowl halftime show became an instant meme.

Now Playing: “All The Small Things” by blink-182