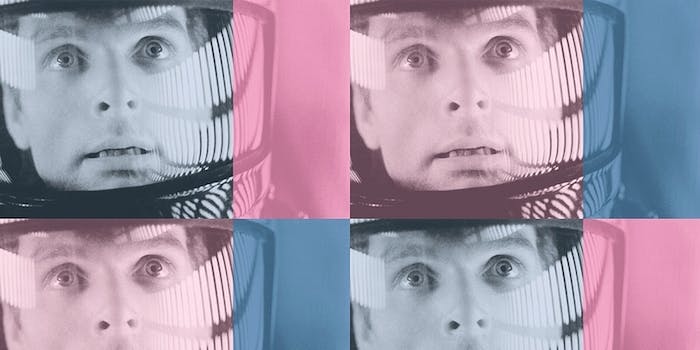 Trolls don’t go away. They just get bigger.

“Page not found” is usually not what you want to see when you pull up your author archive on a website, but in fact, it’s exactly what I asked for when I requested that Thought Catalog pull down all my published and syndicated content. In my case, Thought Catalog complied with little resistance—perhaps because I had only a handful of pieces up, unlike Matt Saccaro, who’s still waiting for a response on his approximately 100 published pieces.

We’ve all known for years that Thought Catalog, a collation of all things self-indulgent (which, incidentally, does not pay its contributors, taking advantage of a media landscape where free labor powers massive media empires) is rife with some seriously problematic content, the consequence of believing that “all thinking is relevant.”

“If you think something and want to tell the world, then it’s relevant and appropriate for Thought Catalog,” the site tells curious readers in an FAQ. “It only means that all thinking has a strand of resonance, and therefore every act of expression serves a purpose. Sometimes the purpose is merely to remind someone they aren’t alone in what they think; other times it’s to expose them to unfamiliar ways of thinking.”

This attitude has led to the publication of the occasional searing, thoughtful, intense personal essay, but it’s also contributed to a rash of racist and transphobic pieces, along with other attacks on marginalized social groups. Most recently, Thought Catalog decided that a vicious attack on the transgender community was relevant—because all thinking is relevant, you see, and followed it up with a bizarre racist commentary on the unfolding situation in Ferguson.

Because racism and transphobia are lonely and unfamiliar ways of thinking.

Intriguingly, despite claims that it doesn’t censor or remove content, the site quietly tried to hide the Ferguson piece, though the direct link is still functional. (I’ve declined to link to either piece in the interest of not giving the site any more traffic.) Too late, though, for nothing on the Internet ever dies, no matter how determinedly you try to hide it, and that includes your dirty laundry—and, given the size and scope of Thought Catalog’s offensive content, the site could probably fill an industrial Laundromat.

Curious about how such content could reach members of the public with no filter whatsoever, Caroline O’Donovan at Nieman Journalism Lab reached out to publisher Chris Lavergne for comment. Lavergne responded, “This particular piece was not screened by a producer. The bar is extremely low for becoming an approved Thought Catalog contributor…basically just email us…and then you can publish whatever you want.”

Pieces were getting pushed immediately to Twitter with no review via SocialFlow. In other words: Post anything you like on Thought Catalog, in keeping with their site goal of “anything goes,” and it will immediately be sent to 363,000 followers.

In response to the controversies this week, the site has promised to implement a review system when it comes to Twitter posting, but it’s still so dedicated to the idea of privileging commenters and readers over integrity (like a growing number of media platforms or “platishers”) that it still won’t critically evaluate whether hate speech really belongs on its pages in the first place.

Intriguingly, though, a review of their content and Twitter account belies the claim that Thought Catalog has no control over its Twitter account. Thought Catalog does not, in fact, tweet out everything that gets published there, which suggests a degree of curation and control over the Twitter feed. This is a far from automatic process: A human being has to decide when a piece is published on Twitter or must do so in the settings of the post itself (and often social settings in a content management system are only available to administrators, not regular contributors, giving some authors more control over push notifications than others).

Fixated on the idea that “gatekeepers” destroy freedom of thought, expression, and culture, no one at Thought Catalog has stopped to consider whether careful evaluation of pitches serves, perhaps, an important purpose. There’s a key difference between provocative, thoughtful, even complicated and challenging pieces and the promotion of hateful attitudes. These ideas certainly aren’t innovative or new. Is Thought Catalog’s attitude an illustration of an act of hate speech (covered in the Supreme Court’s defense of limitations on free speech in the interests of the common good)? Why will the site refuse to publish porn, but not attacks on basic humanity?

As a writer, as well as someone who tries to live ethically, my takeaway here was clear: I couldn’t continue to allow Thought Catalog to benefit from my work, and I also had to question the way Thought Catalog tainted me as an individual, and as a professional. Associating myself with the site as a contributor indicated that I cared so little for the welfare of the communities I work in and with that I was willing to cravenly allow my work to add pageviews and legitimacy to a site that fosters hatred—and remaining silent in the face of intolerance didn’t sit with me.

Like other writers have done, I took the obvious first step and removed Thought Catalog from my clips. It’s not exactly the sort of credit I wanted to use to recommend myself to potential editors, or to represent myself to members of the public. “For anyone who hasn’t done so already, time to remove that @ThoughtCatalog credit from your resume. That’s pathetically cruel linkbait hate,” Maggie Mayhem pointed out on Twitter.

I also sent the editors the following letter:

I am writing to request that my writing…be removed permanently from Thought Catalog.

As a member of the trans community, I am uncomfortable with being published on the same site that recently published Gavin McInnes’ extremely hateful piece about transphobia. Furthermore, as someone working in solidarity with the black community, I do not wish to be associated with Anthony Rogers’ commentary on the situation currently unfolding in Ferguson, Missouri.

I understand what you’re aiming to do with the site, and I’m sure you wish people wouldn’t associate it with these particular articles, but these pieces are so blatantly hateful, dismissive, and inaccurate that readers are going to notice and associate that with your brand. While provocative, complex discussion is a hallmark of a free and engaged society, not all ideas actually deserve to be given a platform, and hate speech is included in that.

Ethically speaking, I’m cannot tacitly support that by allowing my work to drive traffic to your site, and I cannot have my work associated with it. As I am not a contract worker for Thought Catalog and never signed a contract, I retain the copyright to my work and thus am choosing to exercise my rights as the copyright holder.

To my surprise, the response was a prompt promise to remove content, followed by a relatively swift takedown. The factors involved in the removal of my work in contrast with Saccaro’s ongoing struggle are probably complicated – it’s likely that I wasn’t bringing in nearly as much traffic as he was, for example, and thus that they didn’t consider my work to be a serious factor in their legitimacy and, uh, relevance. Removing my content was also, bluntly, less work than taking down 100 pieces.

I’d go a step further, though. Their approach to media is part of the status quo for the modern world, and it’s not enough to ignore them, as we’ve learned through endless painful iterations of “ignore the trolls and they’ll go away.” Trolls don’t go away; they just get bigger.

That’s why I asked Thought Catalog to expunge my content from their archives: Not just because it felt like the ethical thing to do, but because I wanted to send a message. Saccaro and I aren’t the only writers making the same request, and I invite others to join us—because a media empire with no media is an empty husk, and an empty husk must either wither away and die, or fill itself with something new.

Maybe Thought Catalog thinks it can continue profiteering from offensive content (and the inevitable “Thought Catalog is so awful!” think pieces that follow). But perhaps the editors will take a different tack when they realize that their site is coming apart from within, and some of their best present and past writers are pulling out.

“I’ve come to think of it as an amalgam of the irredeemable parts of BuzzFeed, Upworthy, Reddit, and the rest of the viral web,” Saccaro notes, speaking to the deep problem with the viral web, where anything runs as long as it churns a profit, and editors know full well that the more antagonistic and offensive it is, the more profit they’ll generate.

It’s time for that to change. Often this conversation is framed around encouraging readers to stop giving traffic to such sites, but writers have the opportunity to be at the heart of that change, too.

Note: The editor of this piece previously served as a producer at Thought Catalog in 2013.

Photo via Will Folsom/Flickr (CC BY 2.0)