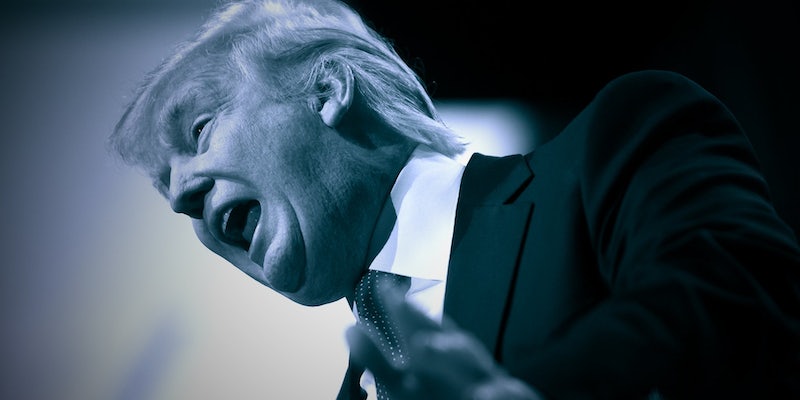 ‘IDK Not Trump Tho’ campaign has one unified message for America

For when you know what you don't want.

Forget trying to decide which of the 10,492 GOP candidates you’d like to see go up against Hillary and Bernie for the battle of the White House this November. It’s easier to decide which presidential candidate you hate the most.

That candidate, of course, is Donald Trump. He represents everything we never want to see in a leader responsible for the safety, security, and happiness of 318.9 million people.

Or at least that’s what comedian Dave Ross thinks, which is why he created the “IDK Not Trump Tho” campaign. His sideline political branding comes complete with the T-shirts, bumper stickers, and lawn signs that every anti-campaign should boast on its merch page.

I never ever ever put up campaign signs but I feel very strongly this year so I had one made! pic.twitter.com/MhuUetR5EW

Ross made a website where Trump-haters can stock up on the gear they need to let their neighbors know they have no idea who to vote for—as long as it’s not Trump.

The IDK Not Trump Tho campaign is so lit, it even ignited a brief scandal. According to Ross’s Twitter timeline, some guy named PhillyD briefly stole the idea and made his own version of the shirt, but then PhillyD apologized, and then Ross said that it wasn’t actually PhillyD’s fault, and both guys tweeted that they were ashamed about the fight, and the entire controversy took place over a period of 20 minutes.

The Daily Dot reached out to Ross, whose personal website address (DaveRoss.Guns.Beer) reveals he is a true patriot, but did not receive a response.