A kick of spice.

Hate is such a visceral human feeling. There’s a searing knot in your stomach that makes your insides feel like they’re going to snap. And the darkest, most brutal thoughts run through your mind as you concentrate on your enemy. The emotion can become so strong that you’re soon unable to see anything other than the object of your loathing.

This Facebook group, in particular, has a single target for its burning hostility that seems to obscure all else: coriander.

Aptly titled I Hate Coriander, the community functions as a safe space in which those who despise the devilish spice can share in a specific anger. Their seething rage for the ingredient is like venom in their mouths. I Hate Coriander is such a tight-knit group of antagonists that they have T-shirts. The page’s about section reads, “If you enjoy Coriander, you enjoy terrorism.”

Now, let’s quickly revisit what coriander is for anyone who has never entered a kitchen or turned on the Food Network. It’s an herb in the family Apiaceae, which is also known as the celery, carrot, or parsley family. Other names for coriander include cilantro and Chinese parsley (yes, my mind was also blown when I found out coriander and cilantro are the same thing). The plant’s leaves and seeds are often the parts used for cooking; the seeds you’ve probably seen packed in tiny spice bottles sitting in your mother’s cupboard. 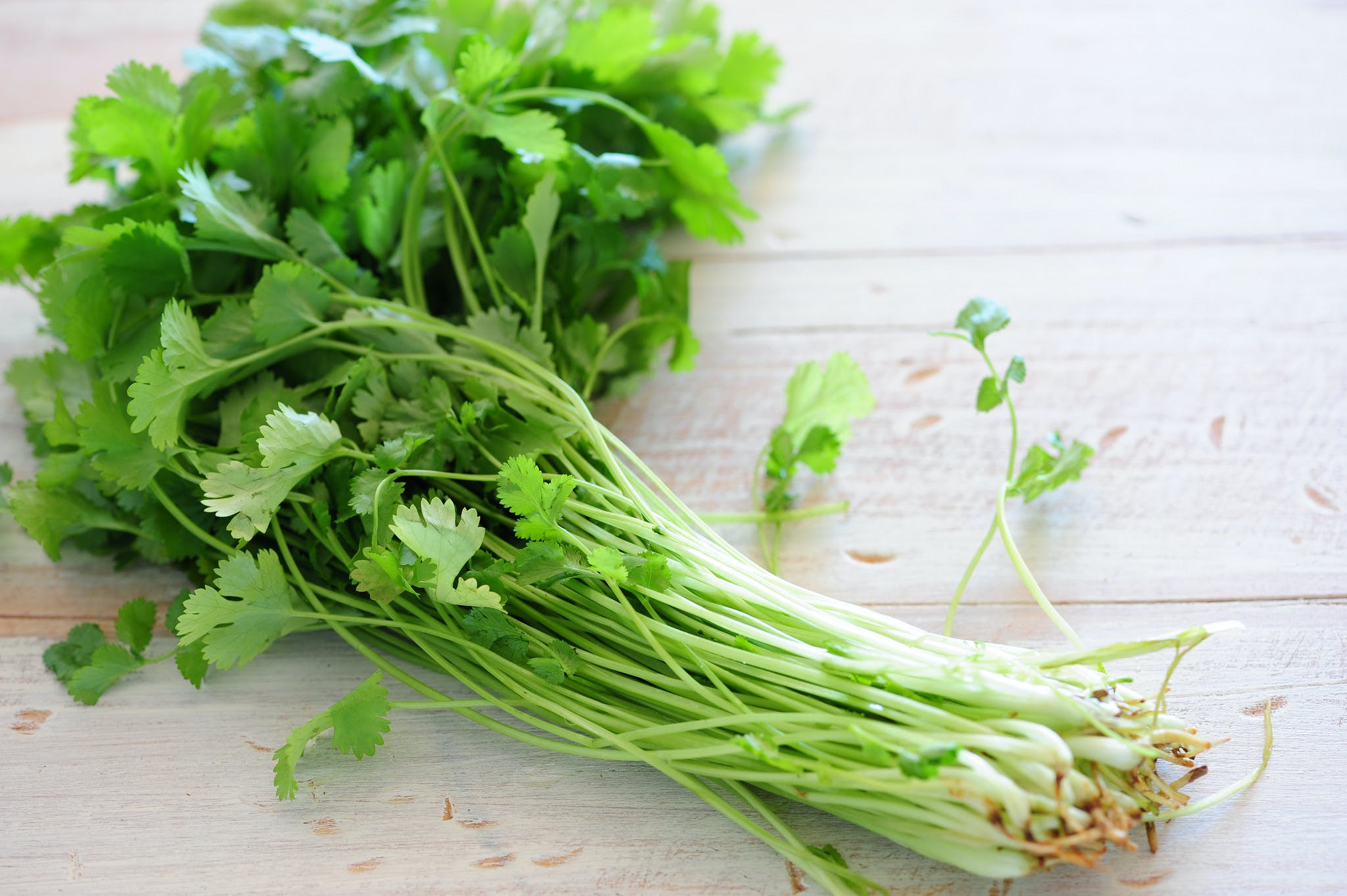 But back to the anti-coriander Facebook community, which boasts over 77,000 members. Visitors often post their most horrendous run-ins with the plant. Lots of times it’s when coriander really screws up their meal and they can hardly stomach the polarizing flavor. Others are simply so disgusted by the word “coriander” that they have to post about it.

The middle finger is a common theme. 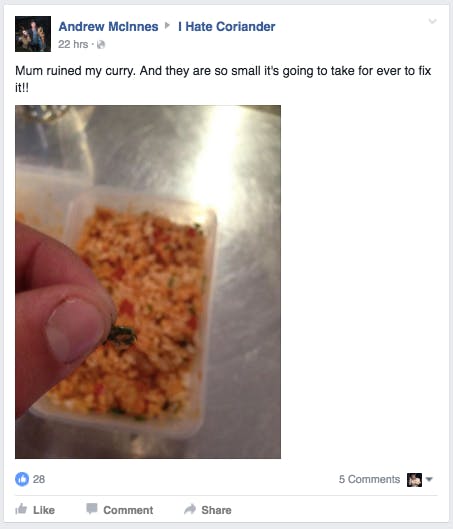 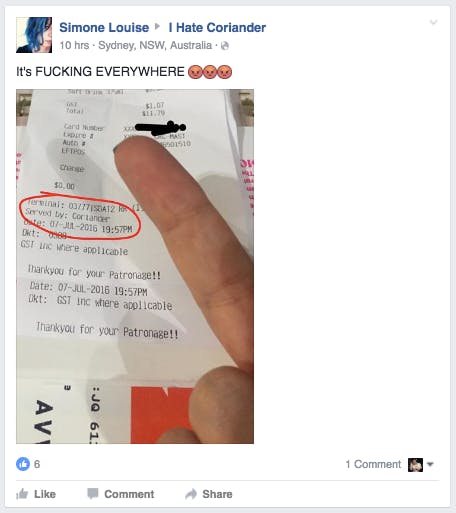 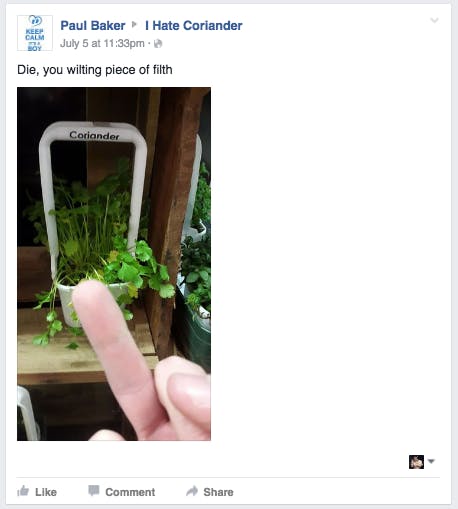 As important as the people who come to the page to trash the herb is I Hate Coriander’s administrator, who helps facilitate this resentment. Just as stalks of the herb can only grow with special care and water, the Facebook community’s admin is like a farmer, making sure that the hatred of coriander continues to flourishes.

They do this in many ways. For example, by posting some of the best anti-coriander videos out there on the internet. Coriander might fuck up your lunch, but it’s gonna get fucked right back when you flush it down a toilet or run over it with your car.

This is hardly unusual, either. Hatred of coriander and its various toxic forms has long thrived on the web in places where people can air their true feelings without being judged for strongly abstaining from the foodstuff. I Hate Cilantro, a closely related forum, has been popping off for the past decade. While the I Hate Coriander Facebook page has been gaining traction organically, it did see a bump in notoriety thanks to an interaction with a coriander lover, which since made the rounds on Tumblr and Twitter. The page takes no shit from sympathizers and isn’t afraid to prove it.

When two coriander defenders dared stand up for the herb, I Hate Coriander savagely took them down.

Get. Fucked. Robyn. So simple, yet so powerful. Robyn and Lisa best be taking their coriander-loving asses back to their I Love Coriander Facebook community, which has a weak 133 likes.

They say that love is stronger than hate. Pretty sure I Hate Coriander disproves that statement.