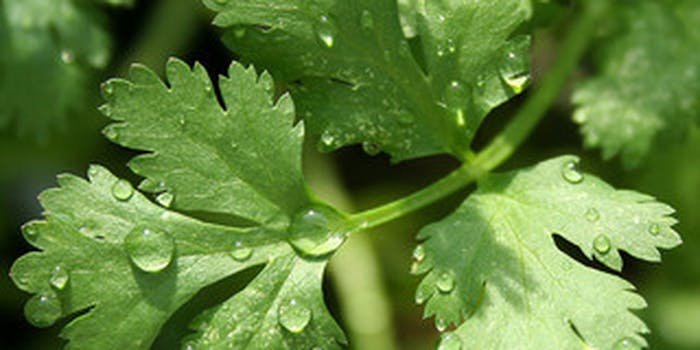 For years, thousands have fought the hegemony of the faddish herb.

Did you know that even as you dip your next tortilla chip into a bowl of zesty, cilantro-infused salsa, a shadowy organization—several thousands strong—is conspiring to discredit that dazzling ingredient for good? Because let me tell you something: the members of the long-running I Hate Cilantro message board are not making idle threats when they talk about a world totally purged of the stuff. 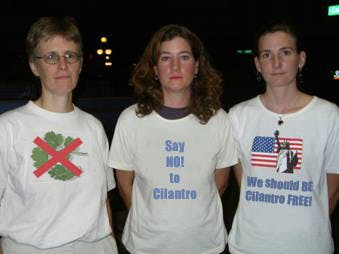 “We have found that two kinds of people exist,” the group’s introduction states: “those who accept the nonsensical and reinforced views of the masses, bowing attentively and unabashedly to its whims, without concern for the ultimate and inevitable ramifications of their mindless submission; and you.” That’s assuming you’re there to hate on cilantro, anyway. 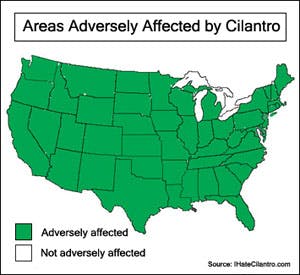 If that’s indeed your aim, you’ve come to the right place: ihatecilantro.com is a rabbit hole of culinary fury from which it seems few escape. There are harrowing anecdotes, aggressive T-shirts, a list of all the awful things cilantro tastes like, and even a deep archive of haikus. The members map doesn’t seem to work, but the network is certainly there. (And before you ask—yes, they hate coriander too.) 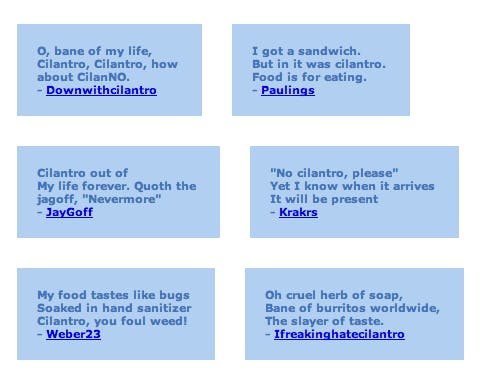 By now we know that hating or loving cilantro has to do with one’s genetics: to the poor souls who haunt this site, the popular herb can taste of soap, pencil shavings, blood, gym shoes, stink bugs, moldy carpet, ear wax, turpentine, or “feet wrapped in leathery burnt bacon.” It wouldn’t be a problem, they point out, if cilantro hadn’t suddenly exploded in popularity—around 1985, according to some estimates. 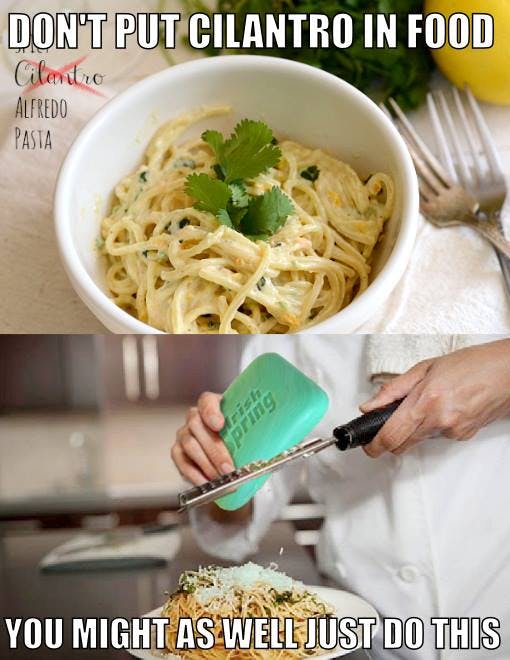 And so it was that in restaurants across the country, dishes started being sent back for “spoiled” or “rotten” lettuce; it took multiple experiences for some diners to realize they were on the wrong side of an era-defining culinary phenomenon. Ever since, they have sworn to undying vigilance and severe allergies, though once in a while they still get fooled by parsley. 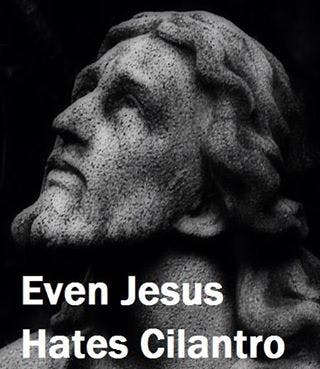 Lest you think the anti-cilantro league has not infiltrated the very fabric of our society, spreading their poisonous denunciations wherever they may take root, we should mention that they’re also on Facebook. The page provides up-to-the-minute coverage of cilantro disasters as well as joking asides. “My phone just tried to auto-correct cilantro to chlamydia,” one member noted recently, prompting the reply: “that’s why they call it a Smart Phone!” 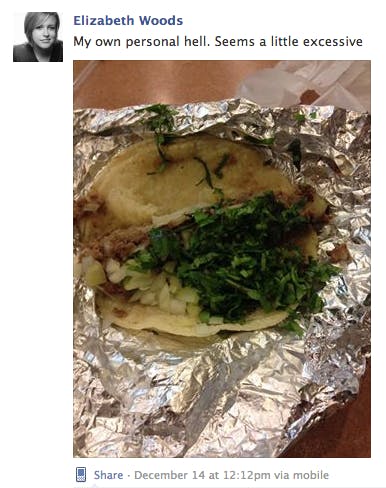 Okay, maybe they have a point about how the rest of us have become “thoughtless drones” willing to consume—nay, demand—any garnish some higher cultural power deems critical to our palates. But by all appearances, cilantro’s not going away anytime soon. Also, it’s so good. Anybody up for tacos?