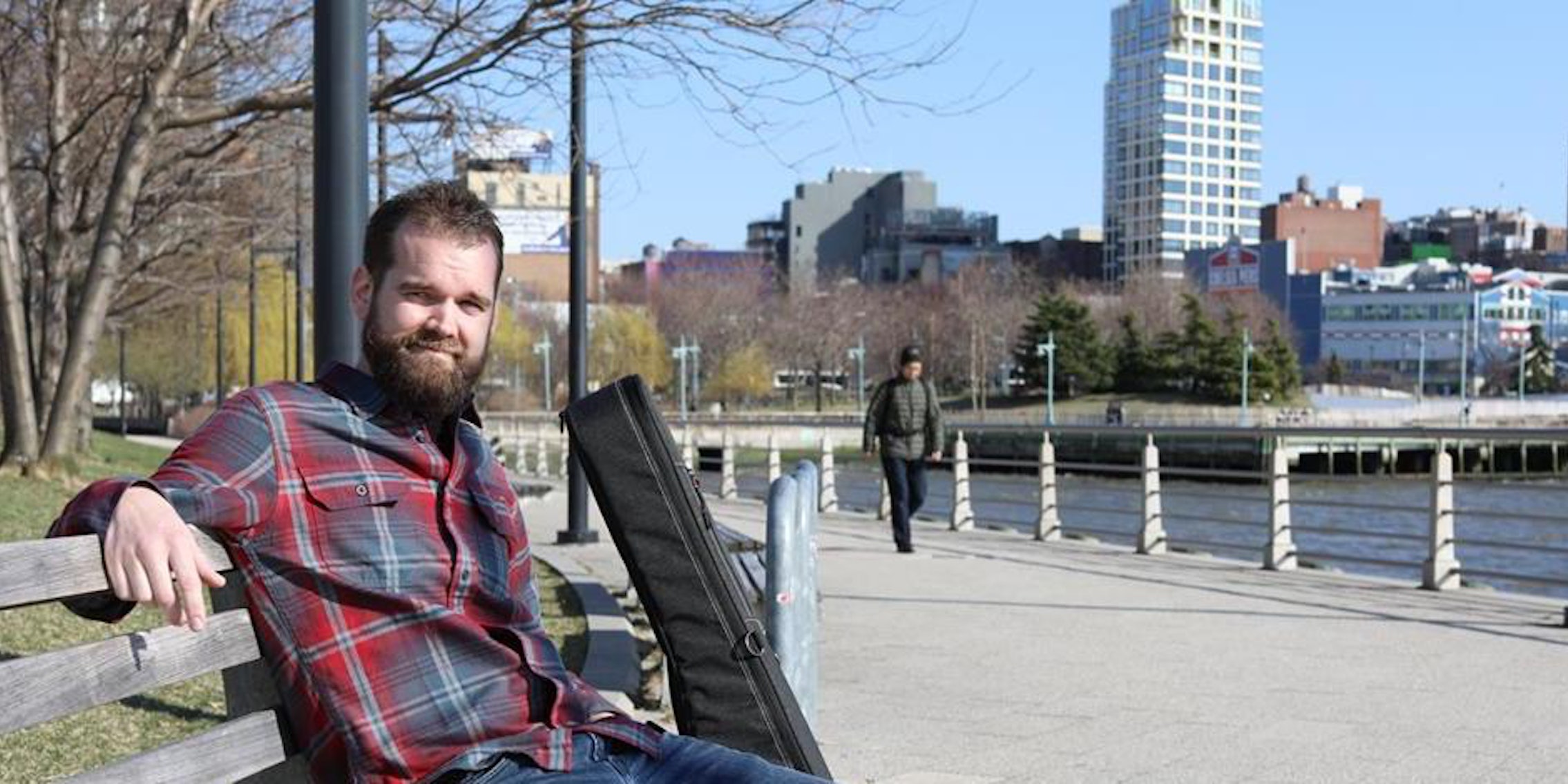 Man says he moved to NYC after demon possessed his roommate

Just a normal story about a man following his dream.

If you’ve never checked out “Humans of New York,” you definitely should. Photographer Brandon Stanton takes pictures of people around the city and posts a short story or quote from his subjects. The results can be inspiring, funny or heartbreaking, depending on who he met that day. Like this man who recently moved to New York City to follow his dream… oh and also because his roommate was possessed by a demon.

Here’s the full story as posted to the Humans of New York site:

I wouldn’t be here if my roommate hadn’t been possessed by a demon. It all started one night when our upstairs neighbor tried to commit suicide by cutting open his chest. I knew then something dark was going on. But my roommate seemed fine. He was a volunteer firefighter. I lived with him for six years. No problems. Then one night he comes home with a new tattoo. It was a picture of the devil having sex with a gagged girl. He’s like: ‘Isn’t this cool?’ And I’m like: ‘No, man. That’s not cool.’ Then at 4:30 the next morning I woke up to screaming. I ran out of my bedroom and found him thrashing around in the kitchen. He was slamming into cupboards and knocking over dishes. The whole time he’s screaming: ‘He’s mine! He’s mine!’ I knew he owned a gun so I locked myself in the bedroom. The next morning he didn’t remember a thing, but I wasn’t taking any chances. I moved out that day. It felt like a good time to finally move to New York and follow my dreams.

You gotta admit it’s nice how he ends things on a positive note. Obviously, people online have been losing their minds about the story.

“The first 3/4 of this story is from a horror movie, the last quarter is from a rom com,” one person commented on Facebook. “Sounds more like meth than the Devil, to be honest,” wrote another.

that was a roller coaster from start to finish

Okay but we need go hear the roommate’s side of the story.

Several people also felt like the man telling the story and the roommate might be one and the same.

I was asking myself the same thing.?

Since there is a guitar sitting next to the man in the photo, we can assume the dream he’s following is to become a famous musician. He definitely has some great material for song lyrics.