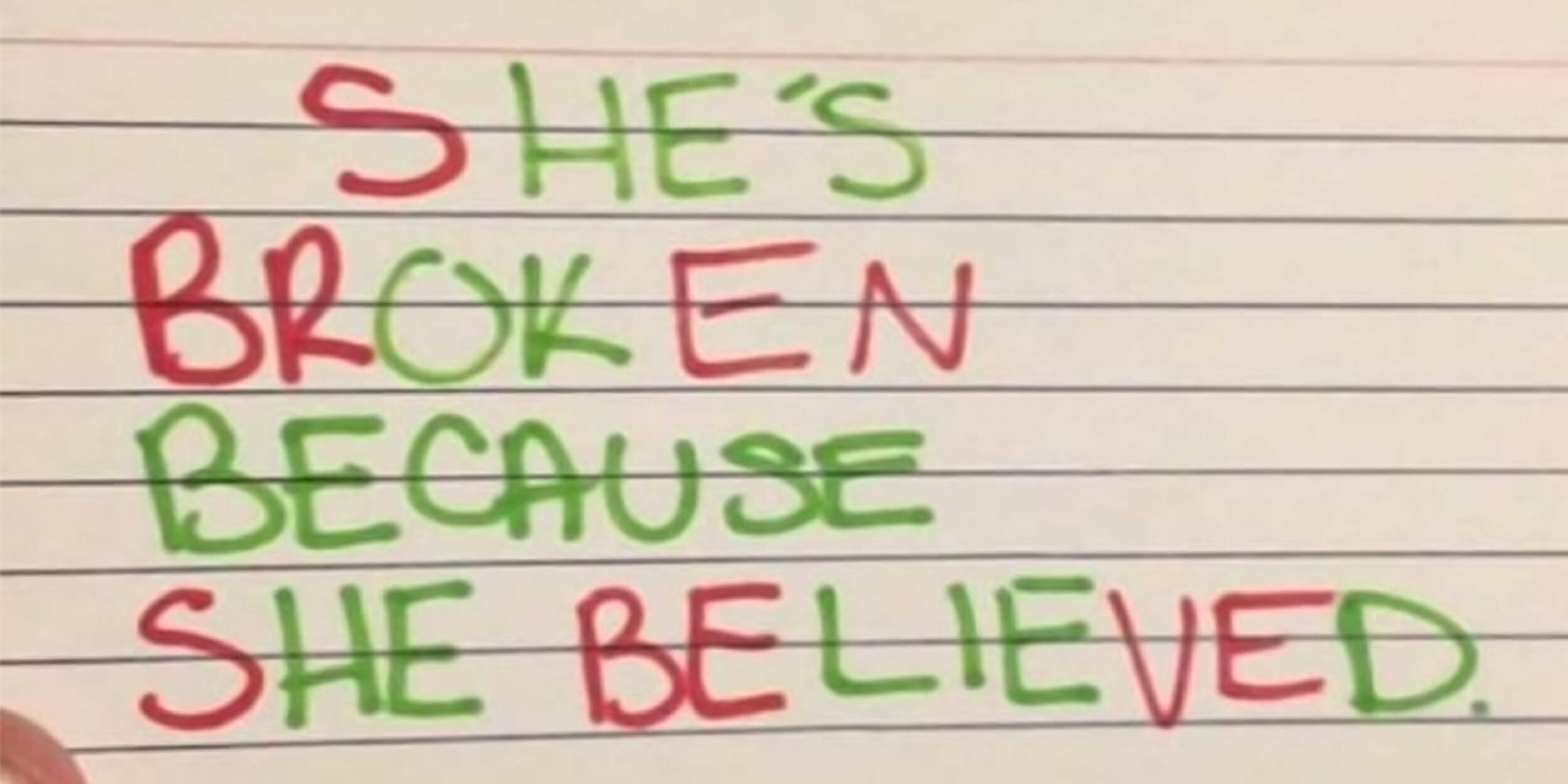 ‘Sbeve’ is the result of memes getting weirder

We believe in this meme.

In the early days of the internet, creating a word within other words using parentheses or brackets might be seen as clever. But online humor has since shifted toward the weird and absurd. Good memes don’t need to follow logic. The latest example is sbeve. What is sbeve, you ask? Basically, it’s a play on an older meme.

Last year, “s(he) be(lie)ve(d)” was all over Twitter. People cited the phrase, which use spells out “he lied” in the middle of “she believed,” to make jokes about teens thinking that the use of parentheses, and resulting message, was really deep.

wanna go back to them days where people captioned their photos with ‘s(he) be(lie)ve(d)’, everything was so simple then

Why boys are so mean from dankmemes

A similar phrase, “she’s broken,” also gained traction online when people highlighted the words “he’s ok.” Billie Eilish referenced this phrase in the title of her song, “sHE’s brOKen.” A tweet from user @neverhadit99 on March 30 showed screengrabs from YouTube commenters on Eilish’s song who admired the singer’s use of capitalization to spell another word. Hundreds of Twitter users replied to the tweet, many of them mocking the post with memes.

The response was clear: Creating words within other words is not seen as creative in 2019 (or maybe ever). But the tweet inspired people to create fresh new “s(he) be(lie)ve(d)” memes.

Several of them were references to films.

This one references the often wrong ETA for ride-hailing services.

It didn’t take long for people to realize that a new meme could be created if you took away the message in parentheses—he lied. What’s left is sbeve.

And then there’s the galaxy brain version that combines both phrases to create “sbren sbeve.”

People are also using the meme to spell out the name of cartoon characters, like Sheen from Jimmy Neutron, or Sid from Ice Age.

Where will the internet take sbeve from here? It’s unclear, but at least we took an outdated phrase about stereotypical gender roles and made it a dumb meme.