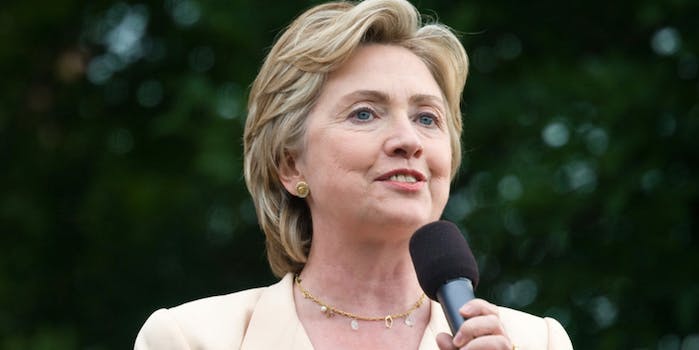 This week, Hillary Clinton became the Democratic Party’s “presumptive nominee” for president. The writing is on the wall. The game was rigged from the start—and it’s always been a waiting game.

Two things I don't like
Liars & Thieves
Team #Hillary is both & WE will not sit by and let you steal our votes/voice https://t.co/0iIIQS7Rxi

Since people should and will definitely take my advice seriously: Begin your preparations for the impending Clintonian Presidency. Here are some common-sense steps you can take to protect yourself and your loved ones when this establishment politician is sworn into office.

1) Collect all Bernie-related paraphernalia in a central location

You’ll need something to burn when Wall Street cuts off the power grid to all of America to make themselves buckets full of cash. (If you don’t believe that this will happen, then do four minutes of research like I did.)

Hoard as many as you can. These are the new currency. Trader Joe’s, Whole Foods, and various independently owned yoga studio tote bags will be accepted, but at a lower value. Pink ribbon bumper stickers are worth nothing; throw them away.

These will be the only clothing you’re legally allowed to wear. Make them into pants suits if that helps you feel more comfortable.

We hold our ground. This is bigger than US elections. This is about preserving humanity's heart #BernieOrBust pic.twitter.com/BaJCb5wr8Y

4) Get ready to Free the Nipple all day, everyday

5) Boycott the New York Times and all other mainstream media

Resistance at this point is futile, and any real change in the system will only occur with a full-scale revolution. However, some small acts of resistance are somewhat meaningful, and draining revenue from Big Media is an essential, effective form of subversion.

Soon enough, all information distribution will be through the headers of Change.org emails. Consider it the new bamboo telegraph. The new neoliberal overlords will delete, these because they are not prepared for Change, and we’ll be able to communicate right under their noses.

7) All apps will be replaced with ‘Angry Birds,’ so just throw your phone into the ocean now

Memes will eventually become T-1000-esque killer drones capable of data mining you and your family. Make no mistake: When the government begins identifying Dat Boi, they will truly mean Dat Boi (you).

These are just a few suggestions to help you weather the storm. Of course, the stalwart Bernie crowd insists that there is still some way that Sanders can pull out a win at the convention. As much as I would like to agree, it’s simply not going to happen. My best prediction for what will become of Bernie and his Bros is that President Clinton will personally email all of them through a private server inviting them to a reconciliation rally where she will have everybody take a selfie of themselves in Snapchat getting garbage dumped on their heads. This is simply a guess, however, and it’s possible that instead of garbage it could be something broken glass, to represent the achievements of powerful women everywhere.

I know all of this is bleak, but it’s good to know what’s in store for us. Just imagine what this list would look like if Trump had any chance of winning.