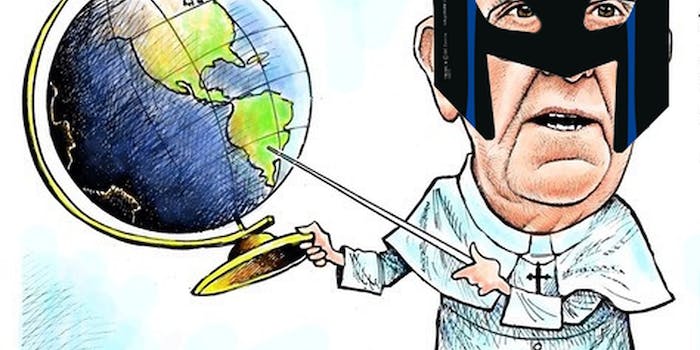 You either die a hero, or live long enough to see yourself send an embarrassing tweet.

You either die a hero, or live long enough to see yourself send an embarrassing tweet.

The Vatican Thursday posted a story about Batman, and sent out a tweet using the headline “Holy switcheroo!” the Associated Press (via Betabeat) reported. Despite fears the Vatican had been hacked, it turns out it wasn’t the result of Bane causing chaos. 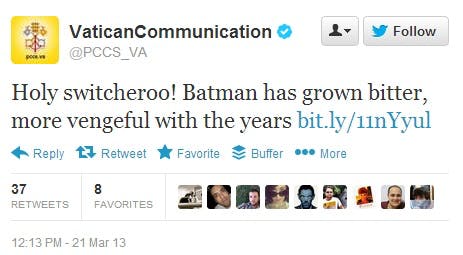 A pair of Vatican officials chalked up the flub to an “internal system failure,” by which they meant the story was posted by a non-native English speaker.

The Vatican’s social communications office runs stories about communications issues. Monsignor Paul Tighe, second-in-command at the office, told the AP the site often takes stories from the Catholic News Service, that is, the news agency of the U.S. Conference of Catholic Bishops. After a story is posted on the site, a tweet is automatically sent.

The Batman story is kind of interesting, detailing the Caped Crusader’s evolution in film and comics.

We can understand the confusion in posting the story. There was, of course, a “holy switcheroo” as one pope made way for another, with white smoke billowing from the Vatican as the new pontiff had been elected.