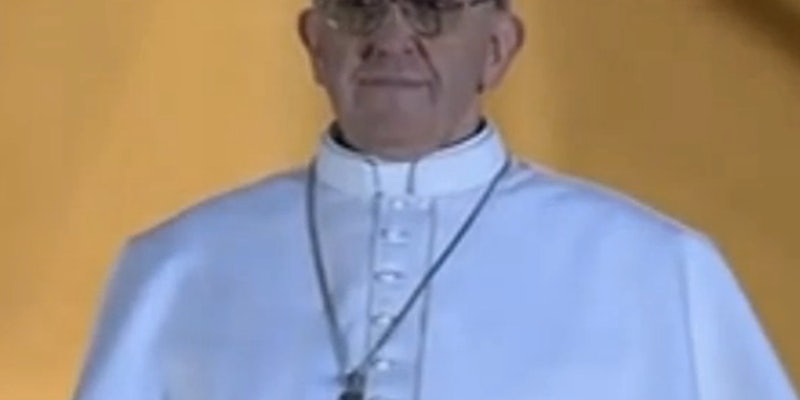 How the Vatican chose Pope Francis: A GIF guide

Jorge Mario Bergoglio—Pope Francis—is the new pope. Here's how it all went down.

And as each piece of the election process fell into place, with each wisp of black smoke from the Sistine Chapel’s smokestack, the Internet waited to see the results.

As the Catholic Church—and the world—awaits the announcement of the next pontiff, let’s take a look back on the election process.

On March 12, 2013, the 115 cardinals solemnly entered the Sistine Chapel to begin the voting process. A two-thirds majority of votes is needed to choose the next pope.

As the conclave is a heavily guarded secret process, requiring each cardinal to take a sacred oath prior to voting, the doors of the Sistine Chapel are closed to the public.

On March 12, only a single ballot was taken. It resulted in black smoke, the universal sign of a failure to agree on a new pope.

On March 13, two ballots were cast before the conclave’s midday lunch break. Both ballots, like the day before, resulted in no agreement between the 115 men and, thus, no new Pope.

Finally, in the closing hours of March 13, almost 24 hours past the conclave’s official commencement, white smoke poured from the chimney, signifying that 114 cardinals—and one Pope—would be leaving the Sistine Chapel.

Instead of waiting for TV news to break into programming or visiting Vatican City itself to await the results, Internet users around the world were able to keep tabs on the process through a number of websites set up. One such site was istherewhitesmoke.com, set up by guardiannews.com, whose answer was officially changed to “Yes” upon the successful election. 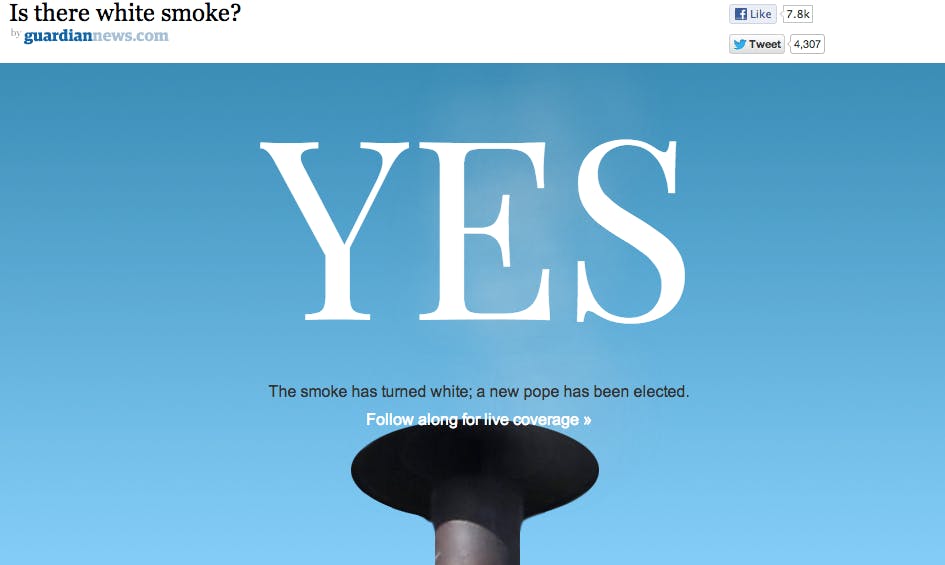 GIF by Jason Reed for the Daily Dot

Additionally, of the 115 attending cardinals, other users payed homage to March Madness by setting up “Pope Madness 2013,” complete with brackets.

To a waiting crowd of thousands of pilgrims gathered in St. Peter’s Square, Pope Francis I, formerly Cardinal Jorge Mario Bergoglio of Argentina, is presented shortly after the last of the white smoke has wisped away.

And here he is, Jorge Mario Bergoglio:

GIF by Fernando Alfonso III for the Daily Dot