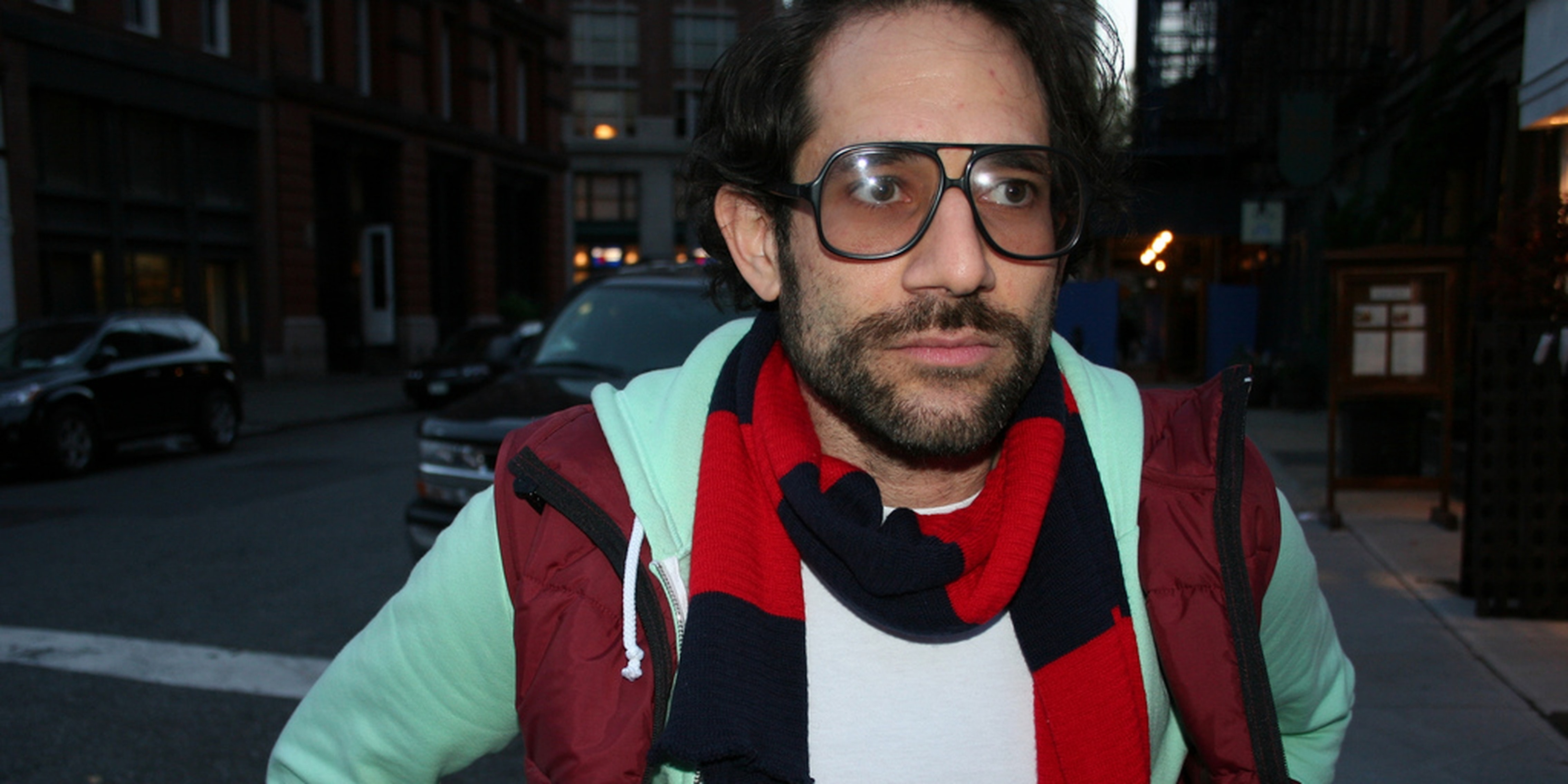 This season’s hottest trend in fashion is ‘hipster sexism’

American Apparel has finally ousted their creepy, sexually harassing founder and CEO of 25 years, Dov Charney. The ex-CEO has been sued multiple times for sexual harassment by former employees of the company, and was also known for his bizarre practice of making just about everything about his sexuality:

The 45-year-old, who has described himself as ‘a dirty guy,’ strolled his factory floor wearing only his underpants and has been accused of using adverts that verge on pornography—including one featuring himself and two women captioned: ‘in bed with the boss.’ There have been allegations of homophobic remarks. One lawsuit claimed he had called one employee a ‘wannabe Jew’ and then tried to strangle him. It was notoriously alleged that he had had oral sex with an employee while conducting an interview with a journalist.

Meanwhile, in another corner of the fashion world, photographer Terry Richardson is facing criticism for coercing models into performing sexual acts in front of the camera (or elsewhere). Other models who have worked with Richardson claim that everything they did with him was fully consensual—even enjoyable—but presenting these alongside stories of clear misconduct obfuscates the point: some people can be okay with things that other people are not okay with, and if you expect everyone to do those things regardless of their comfort level, you’re violating boundaries.

These allegations have led some to wonder if fashion has a misogyny problem. I think that’s the wrong question to be asking. The right question is, does our society have a misogyny problem, and do these industries and communities take significant steps to prevent it from seeping into their spaces? The answers are, respectively, yes and no.

It doesn’t surprise me at all when CEOs of major clothing retailers or famous celebrity photographers turn out to be harassing, intimidating, assaulting, or abusing women, because the same thing happens everywhere else: politics, tech companies, sports, even science journalism. It happens everywhere a few select people are given excessive power and social capital, and those people are usually (but not always) men.

What the fashion industry does have, however, is a trend of “hipster sexism,” which can be defined roughly as people who hold nominally liberal views on things “pretending” to be sexist “ironically,” because sexism is totally over and so now it’s funny. The New Republic‘s Eleanor Margolis writes of Charney and Richardson:

Margolis doesn’t note the fact that the hipster sexism in fashion also has a racist corollary, which Racialicious‘ Thea Kim discusses at length. If you’ve stepped inside an Urban Outfitters or attended a music festival lately, you’re probably familiar with the trappings of hipster racism—that unmistakable “look at me I’m so over racism” chic that affluent young white folks are presumably going for when they wear blackface to a Halloween party or don a Native headdress to a concert.

Why do “ironic”/”hipster” sexism and racism hold such appeal for slightly left-leaning, “fashionable” young people? There’s an optimistic possibility and a cynical one. The optimistic one is that it allows people to perpetuate the comforting idea that inequality is now so passe that pretending at it is hilariously ludicrous. The cynical one is that it allows people to safely express the actual sexist and racist beliefs that they still hold while maintaining plausible deniability: ”No, you don’t understand, I was wearing that blackface ironically!”

Regardless, sexism and racism aren’t over; it’s only some of their most visible and iconic components that have mostly disappeared from our society. When a dude jokes “ironically” about hitting women, he might think that nowadays domestic violence is Very Rare and taken Very Seriously and the police will immediately come and arrest the offending man (perhaps even on a false accusation, which are now “common”). I, on the other hand, might think that many of my female friends are survivors of domestic violence, psychological abuse, or sexual assault, and few of them were taken very seriously at all when they tried to do something about it. So I won’t see anything “ironically” sexist about the joke. To me, it’ll just be plain ol’ boring sexism.

Much of hipster bigotry rests on the assumption that the person wearing the shirt or making the joke is a Really Good Person who would never actually believe such horrible things, so isn’t it hilarious that they’d pretend they do, ha-ha? But making this assumption requires knowing the person quite well, and given how pervasive sexism and racism still are, assuming that a random dude (or a random CEO of a fashion company, per se) is Totally Not Sexist Or Racist isn’t really a reasonable assumption to make.

Ironic bigotry can work sometimes, among small groups of friends. The popular party game Cards Against Humanity is premised on this type of humor; players make horrible card combinations that are meant to make fun of bigotry rather than its targets. But many people justifiably dislike the game because they don’t necessarily trust everyone they play with to be laughing for the right reasons, and the game’s own creator has recently acknowledged that some of the cards went too far.

It appears that many women who have worked with Charney and Richardson found them actually, not just “ironically,” creepy. And hipster sexism and racism in fashion and elsewhere itself can mask actual sexist and racist beliefs, even if they’re not completely conscious. In a world where both evidence and personal experience shows that sexism and racism are still common, harmful, and largely ignored, you’ll excuse me if I can’t laugh at the joke.