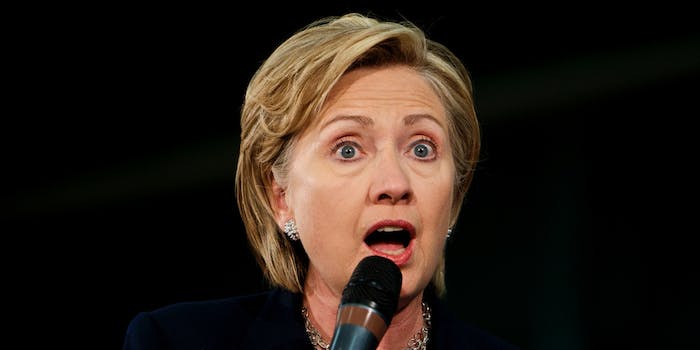 The Super Bowl is over, and Hillary Clinton won

By now, the winner of Super Bowl XLVIII should be obvious. In a performance that took football oddsmakers by surprise, the trophy went to…

While Twitter jokesters were out in force, making fun of everything from the brands to the Denver Broncos’ flailing performance, it was the former U.S. Senator, Secretary of State, and FLOTUS who landed the hardest hit of the night:

It’s so much more fun to watch FOX when it’s someone else being blitzed & sacked! #SuperBowl

The message was retweeted more than 40,000 times. And you thought the Broncos felt bad—at least they’re not FOX News.