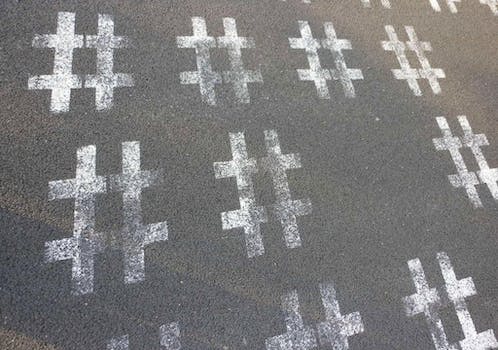 Reports of the #hashtag’s death have been greatly #exaggerated.

Reports of the #hashtag’s death have been greatly #exaggerated.

BuzzFeed’s Charlie Warzel recently asked a simple question—Who Needs Hashtags Anymore?—and went on to give some solid reasons as to why the humble hashtag, the almighty organizer of conversations on Twitter, might have outlasted its usefulness.

He argued that trending tags, perennially popular tags, and breaking news-related tags are flooded with irrelevant information and spam. Using hashtags like #newyork—to use Warzel’s example—in searches isn’t necessary, because Twitter will return results including the phrase “New York.”

Hashtags are often hijacked by others who do not agree with their intended use, as we’ve seen time and again, often to make fun of brands or call out sexists. It happens so regularly now that it’s hardly newsworthy.

Oh, and hashtags are ugly.

But that hardly means we don’t still need them.

Warzel notes that an “overwhelming number of online journalists BuzzFeed spoke with expressed ambivalence or even disdain for hashtags,” but doesn’t give much in the way of reasoning for this widely held stance. 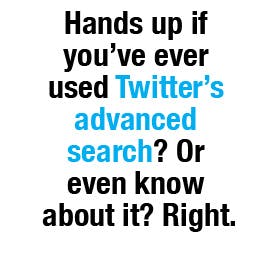 The New York Times‘s Daniel Victor did posit to Warzel that hashtags aren’t always useful—instead, he opts for the tool Geofeedia (which pulls in a number of sources to provide eyewitness accounts of a major event), Twitter’s advanced search, and phrases that aren’t explicitly connected to tags around an event. (“I’m OK,” “That was a close call,” etc.).

But Victor is a professional social media editor—knowing how to use those tools is part of his job.

Hands up if you’ve ever used Twitter’s advanced search? Or even know about it? Right.

It lets users look at the location of tweets, if they’ve been geotagged. It can look for tweets emitting a positive and negative attitude. And so on. It’s a very useful tool–if you’re a journalist or a marketer.

But most humans are more likely to click on and participate in a popular tag than to carry out an advanced search.

How communities and activists use tags

Many of Twitter’s thriving communities use hashtags to organize themselves. Beliebers follow the #Bieber tag to find out the latest news and chatter about Justin Bieber, for one thing. Just try making fun of One Direction on the #1D tag and see what happens. Conservatives chat using the #tcot (top conservatives on Twitter) tag, dipping in and out of the conversation through the day, but using the tag to catch up on the current thread.

These are communities organized through hashtags and a mutual passion.

More importantly, tags are a powerful method for learning about what’s going on the world, presented to you by ordinary Twitter users and not through the lens of the media.

A mainstream media blackout of the protests and atrocities in Turkey over the last week means citizens have turned to the Internet to document police abuse. They’re using hashtags to do that.

Clicking on tags like #turkey, #occupygezi, #taksim, #Istanbul, and #direngeziparki shows photos, videos, and tweeted accounts of what’s happening on the ground. The information is raw and unfiltered, and is more easy to view in this way rather than forcing interested parties to carry out a search.

And it’s impossible to discuss hashtag use without mentioning “Black Twitter,” which drives many of the most popular tags on Twitter and plays a huge role in shaping the site’s trending topics list.  Black Twitter isn’t a “trend” or a “thing,” writes Maya K. Francis at XOJane, it’s “like a digital unfolding of cultural blackness.”

A lot of that culture unfolds across hashtags, which have become Twitter’s equivalent of community gathering spaces.

Twitter used to be far messier than it is now. Mentions didn’t exist in the early days, there were no trending topics, and finding out what everyone was tweeting about was a difficult prospect. Twitter was something new, unlike anything seen before, and hashtags were an endlessly useful way to find out what was going on before things like the Discover tab existed.

The hashtag was first proposed by designer Chris Messina in Aug. 2007 as a way to fix the latter. It wasn’t originally a Twitter idea, but it became an essential part of the network.

how do you feel about using # (pound) for groups. As in #barcamp [msg]?

Vine and Instagram are relative upstarts, and they need the hashtag just as much as Twitter did in its wild early days. Instagram has been around almost three years, and Vine just under five months—neither has the detailed search capabilities of Twitter as yet.

The only way to go exploring through the Vine and Instagram apps is through tags, popular posts, and editor picks (in Vine’s case). There’s no way to search for plain text. There are some Web tools that allow for searching those communities to look at the locations where photos and videos were taken, but that’s about your lot. 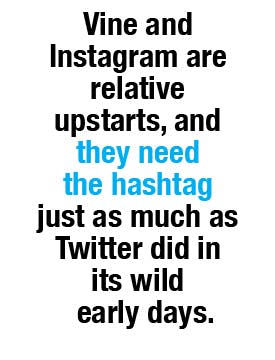 Sure, you can search tweets for Instagram and Vine posts, but you’re missing a lot of interesting material that doesn’t get tweeted. You’ll need to browse the tags.

Certainly, tags are abused. There are several services which encourage Instagram users to paste a list of popular tags into their captions to increase their photos’ visibility and their number of followers. Trending tags on Vine often have irrelevant posts as well.

But the usefulness of tags outweighs the spam drawback, as they open up new communities and introduce you to people taking fascinating photos and videos you might not have discovered otherwise.

The hashtag has since become so ingrained in our culture that you can’t just get rid of it. It’s on T-shirts, in print ads, on our screens, and, of course, all over the Internet.

TV shows and brands continue to push people into using a certain hashtag when they tweet. One reason for that is the context issue. Someone tweeting about “the voice of this generation” probably isn’t talking about reality show The Voice, for instance. Twitter encourages brands and TV producers to use tags in the wild and on the airwaves. As long as it presses for tags in the media, you won’t be able to avoid tags.

Companies will keep pushing hashtags as long as they make it easier for firms to find out what you are interested in and create targeted ads you are more likely to act on. They have every incentive to keep the hashtag alive.

Twitter itself also has a stake in tags. The octothorpe has become such a defining part of Twitter’s identity that when somebody spots one in the wild, that person is likely to think of Twitter and perhaps check in if they haven’t in a while.

Even Facebook is getting in on the act, with reports that clickable hashtags will soon emerge in that community. In a sense, hashtags on Facebook might even be more useful there than they are on Twitter. As powerful as Graph Search may be for advanced users—Facebook’s regular search function is useless for finding out who else is talking about your interests.

The hashtag is everywhere, acting as a constant reminder to users that this is the language of the Internet, that if they do not use the proper tags they will be left out of the conversation, their voices diminished. As long as people are told everywhere they look to use hashtags, they will do so.

The end of the hashtag?

Hashtags won’t really go away, at least not in the foreseeable future. Despite their limitations and irritations, they’re far too useful for that.

They are just one method of organizing conversation and posts related to a specific topic. Twitter lists funnel people with certain interests into one location, but that doesn’t stop them from talking about topics in which you may have no interest. Outside of communities like Reddit, where topics are more easily categorized into niche forums, we still need hashtags.

Journalists and marketers might be “over” tags to a large extent and find them less useful than they once were, but they’re in the minority. As long as hashtags are perceived as a vital aspect of Twitter by the majority of users, their utility far outweighs the drawbacks.