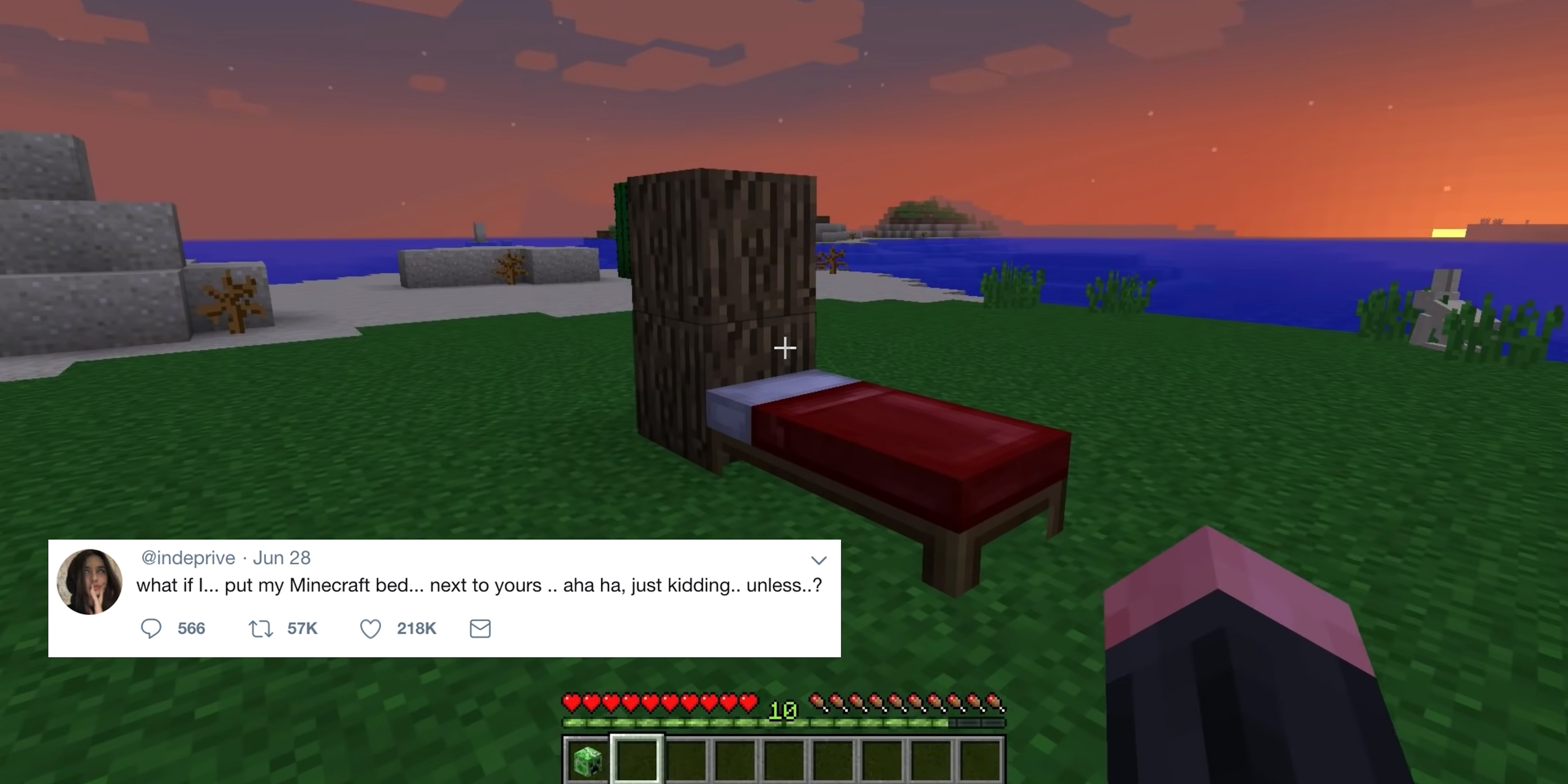 The epitome of the 'I'm down if you are' mentality.

“Haha, just kidding … Unless?” is a meme format overtaking Twitter with its “I’m down if you are” mentality.

The actual formatting of the meme lends itself extremely well to Twitter given your ability to post separate photos in the same tweet. In the first image, a character of the poster’s choice will propose a situation but rebuke it themselves as just a hypothetical. The second image will have that same character with a different expression implying that the “just kidding” was nothing but a social safety net. The meme continues the trend of hypothetical flirting exhibited by the “What if we kissed in” meme that had people suggesting smooches in the wildest of locations.

The meme format has since evolved into a number of different variations but has its roots in Minecraft. In its original form, the meme in its entirety was “What if I… put my Minecraft bed… next to yours … Aha ha, just kidding… Unless…?”

It seems like the sentiment of the “Runescape girlfriend” is still alive and well.

Now, the meme has taken on a complete life of its own and the examples are vast.

what if.. I put my..
minecraft bed..
next to yours..
Haha just
kidding… unless..? pic.twitter.com/NIsQ95PRQc

what if.. I put my..
minecraft bed..
next to yours..
Haha just
kidding… unless..? pic.twitter.com/ZwqbRI990e

what if.. i were to..
to purchase fast food..
and disguise it..
as my own cooking…
Haha just
kidding… unless..? pic.twitter.com/P3Ri2JYHf5

what if we … commit ..
tax fraud together ….
haha just
kidding … … unless? pic.twitter.com/mMHUBuwIir

What if I put my
summoning sign
next to yours…
Hahah just
kidding… unless..? pic.twitter.com/voOIv7OvN0

The meme, in its geek culture-tinged form, seems to have peaked. The sentiment, however, is universal.