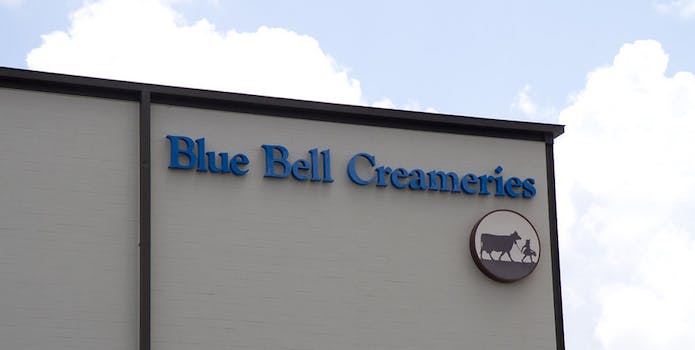 It's just as gross as it sounds.

In a disgusting new trend, people of the internet are licking ice cream in grocery stores and then putting it back on the shelf.

It all started with a video that went viral this week showing a woman opening a tub of Blue Bell ice cream, licking it, and putting it back in the freezer.

According to WLBT, Blue Bell is working with law enforcement, retail stores, and social media platforms to find the woman in the video and hold her accountable for food tampering, which is a felony in some states.

“We want to thank our consumers for alerting us to the incident this past weekend of a video posted to social media showing a Blue Bell item being tampered with,” the statement said. “We take this issue very seriously and are currently working with law enforcement, retail partners and social media platforms. This type of incident will not be tolerated.”

Blue Bell also addressed why it does not use plastic to seal ice cream.

“During production, our half gallons are flipped upside down and sent to a hardening room where the ice cream freezes to the lid creating a natural seal,” according to the statement. “The lids are frozen tightly to the carton. Any attempt at opening the product should be noticeable.”

Unfortunately, the woman’s stunt trigged a chain reaction with others participating in the “challenge.” Twitter user @GAYSHAWNMENDES posted a video of himself participating.

@GAYSHAWNMENDES later posted a video of police speaking with him and later Tweeted, “Just left the police station. Too much clout to care.”

Another video surfaced of a different woman licking ice cream, although it did not appear to be Blue Bell ice cream. The woman, @shelley_golden on Instagram, later said she bought the ice cream she licked.

The challenge is spreading to other products, too. One Twitter user swished mouth wash and then spit it back in the bottle.

you bitches with no oral hygiene could take a hint pic.twitter.com/IaMOC1caid

Moral of the story? People are gross.

Update, 12:05pm CT, July 5: Lufkin Police told USA Today that this could amount to charges of food tampering in Texas—the Blue Bell ice cream licker may soon be charged with a felony.