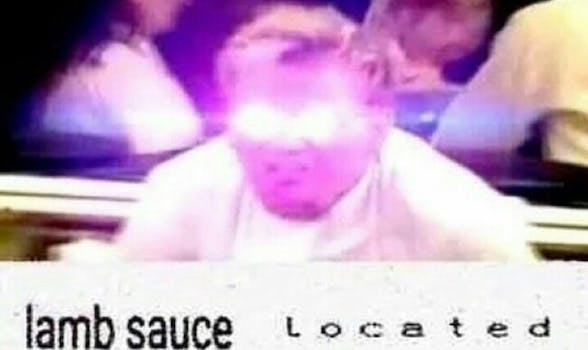 An early frontrunner for best meme of January ’17 is “Lamb Sauce Located,” a series of variations on the theme of TV chef Gordon Ramsay searching for the lamb sauce. Why? It all goes back to a 2006 clip from his show, Hell’s Kitchen.

In the scene, Ramsay is pissed because he’s Gordon Ramsay, but also because his chefs are not working as a bloody team, mate, and WHERE’S THE LAMB SAUCE?!

Over the years, the quote has become part of a few remixes and “YouTube poop”-style videos, but it’s finally taking off as a meme this week. It’s a very good one.

All you need is a pic of Ramsay (preferably one with glowing eyes) and a joke about trying to find the lamb sauce. Here’s an Increasingly Verbose meme that sums it up: 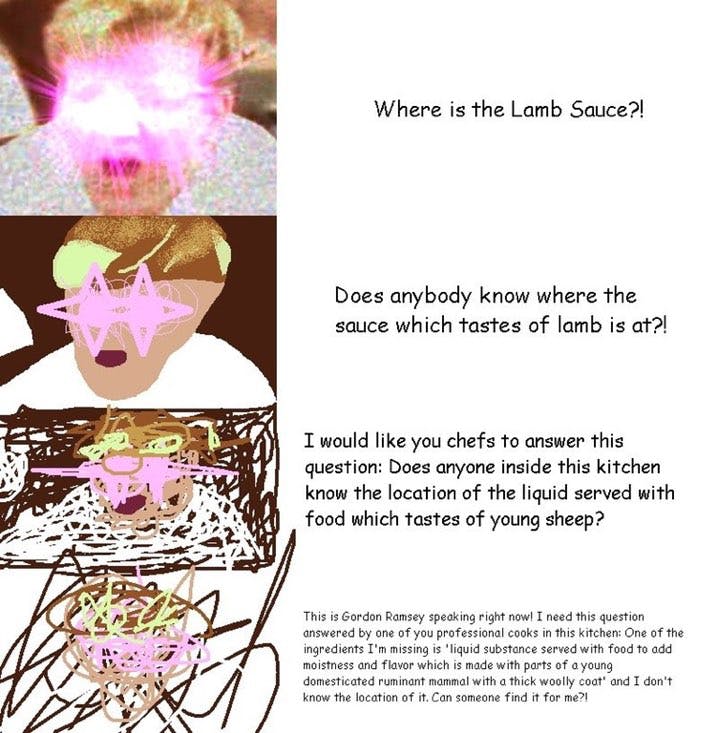 Lamb Sauce plays extremely well with other memes because it’s not just a single image; it’s an entire narrative with a protagonist and motivation. Ramsay really wants that damned lamb sauce.

For example, here’s a mashup of Lamb Sauce with Ok Bye Mom, the meme about a kid who sneaks onto Google as soon as his mom leaves the house: 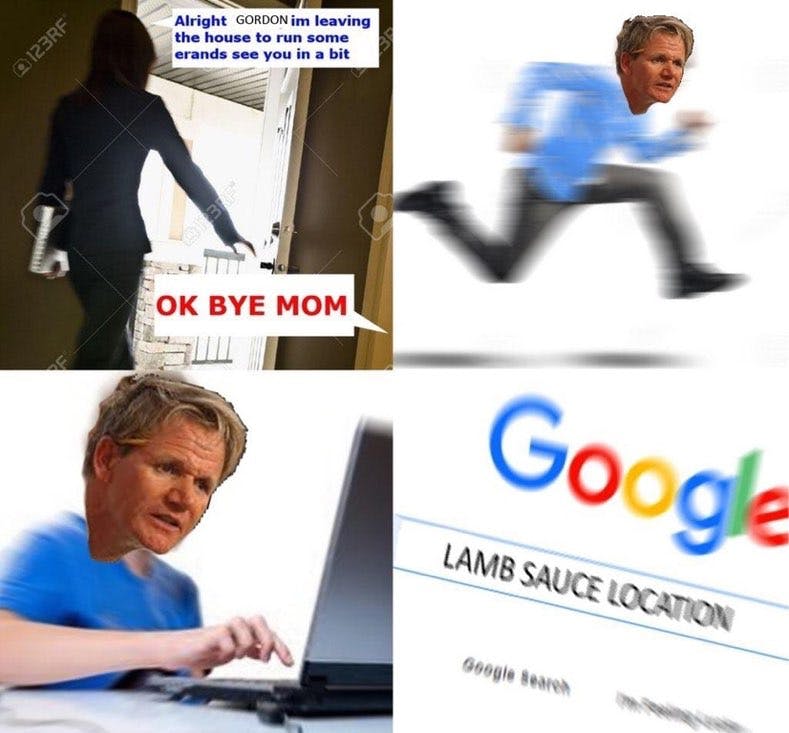 And here’s one with the “when your teacher thinks you’re trying to study” meme: This ambitious image manages to mash up lamb sauce with two other memes: Robbie Rotten and colorized historical photos. 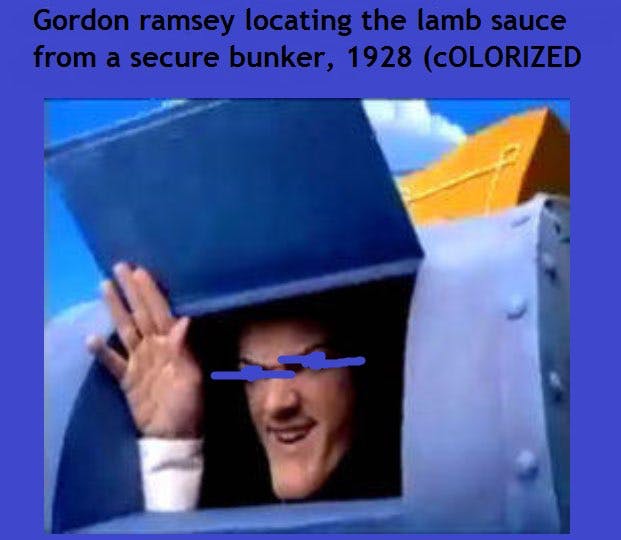 Let’s try it with the “Sweet Jesus, Pooh! That’s not honey” meme: 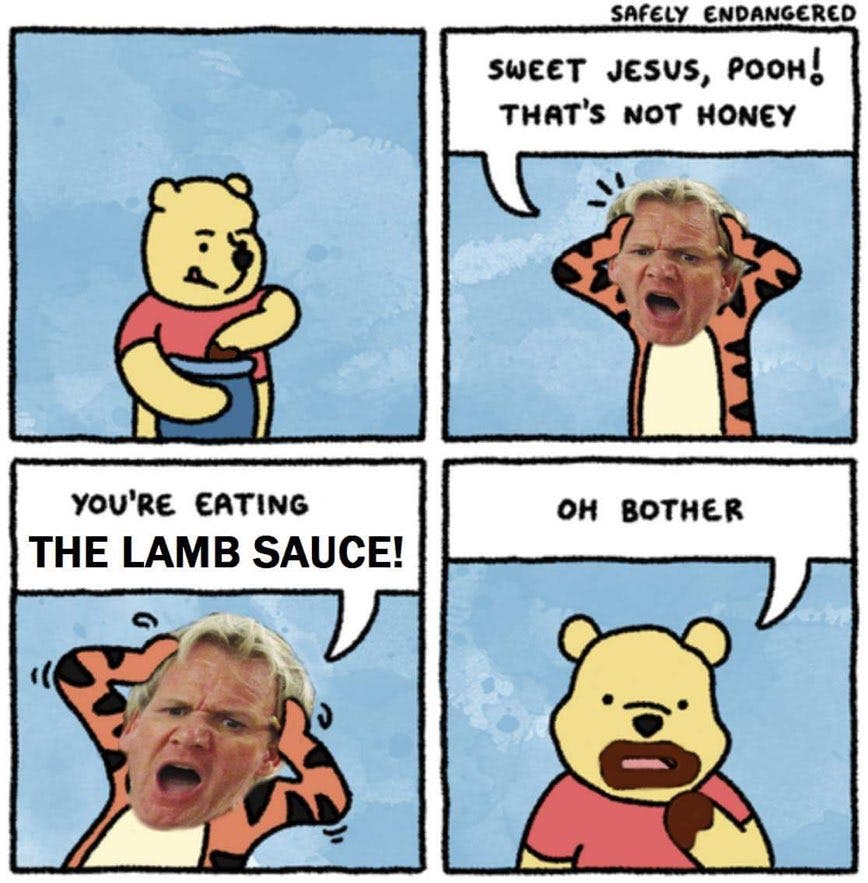 This meme is so easy, even Pepe can do it: 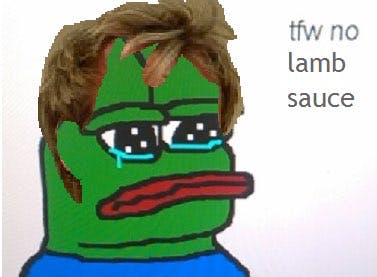 These are all perfect examples of Lamb Sauce, but one needn’t rely on other memes to make the Ramsay joke work. Something like this will do just fine:

It’s not entirely clear where the resurgence of the Ramsay/Lamb Sauce theme came from. I couldn’t find the original source of the canonical lamb sauce Located meme, the one with the glowing eyes, but Reddit’s r/dankmemes would be a fair guess; that community has done the most to push Lamb Sauce forward so far.

There seems to be a strong consensus that this meme is extremely dank, superior to forced memes like John Lemon (ugh) and old memes like Business Cat: 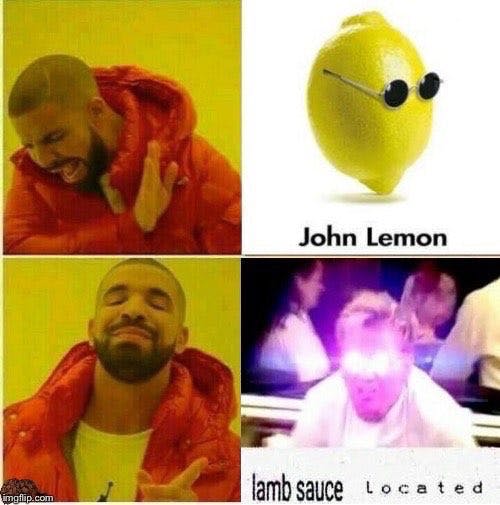 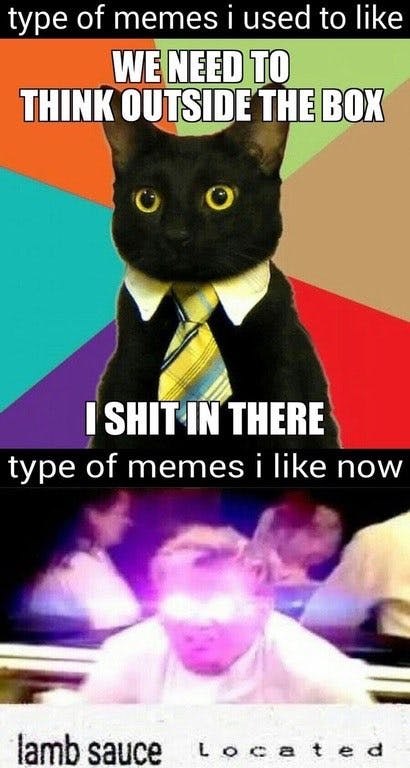 Look for this meme to keep going strong throughout January, and for people to incorporate it into any new meme formats that show up throughout the month. Or until Ramsey finally finds his lamb sauce.

Update, 1/5/17: Ramsay himself is aware of the meme, and he has confirmed that the lamb sauce is still missing.