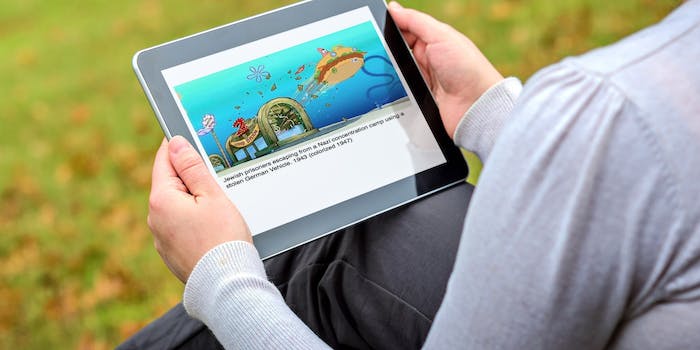 Spongebob Squarepants is the most memed cartoon of its generation. After years of Spongebob being exploited online, new iterations of “spong” memes still seem to appear every month. The latest: Spongebob History.

Spongebob History combines stills from the undersea cartoon with historical photo captions, most from grisly and horrible events. It’s kind of a spongified answer to the many popular Twitter accounts—both sincere and fraudulent—that traffic in old photographs. It also has an element of History Channel to it—specifically, a fixation on Nazi Germany. 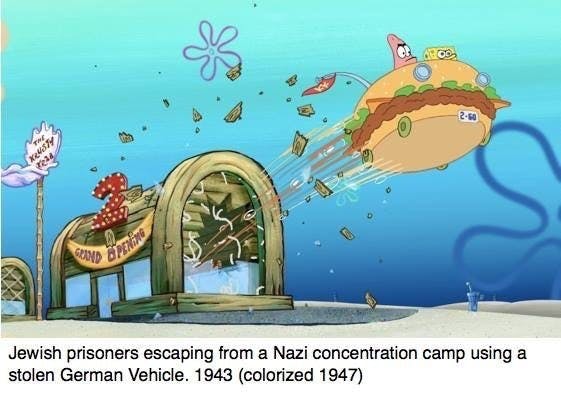 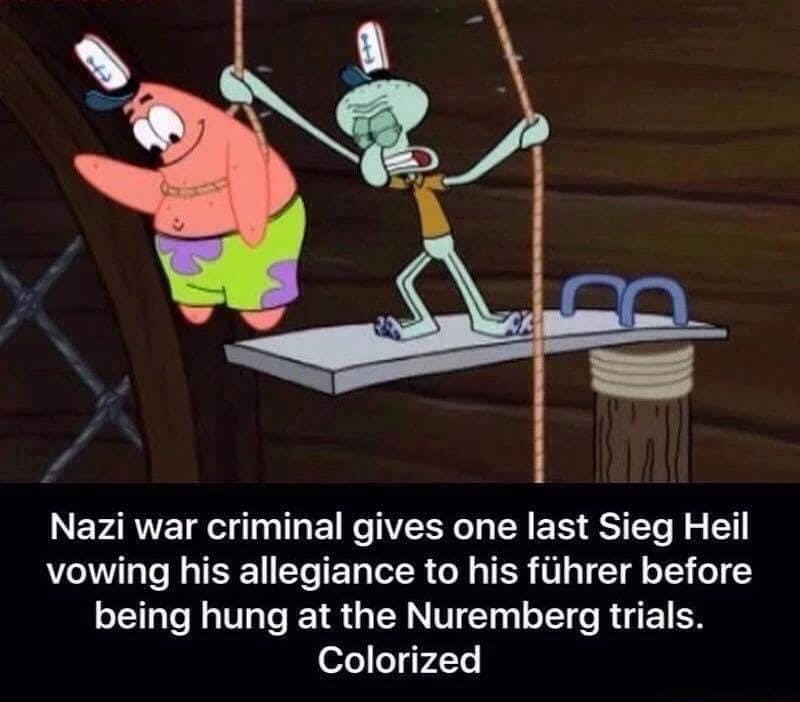 The premise of the joke is to juxtapose a children’s cartoon about a talking sponge—albeit one with a lot of subtle adult jokes—with the real horrors of war. In the incongruity, there’s some humor. When the photo matches the caption especially well—”when hte meam is well executed“—Spongbob History is good. Most often, though, it feels like an exercise for “edgelords,” those online teens (or teens in adult bodies) who aim to shock and disturb, but tend to bore instead.

Not everyone in the Spongebob meme community—sometimes known as Bikini Bottom Twitter—is on board with this development. But, like every meme, this too shall pass. Just remember to add (colorized) to your captions for the week or so that Spongebob History sticks around. It’s the best part of the joke.