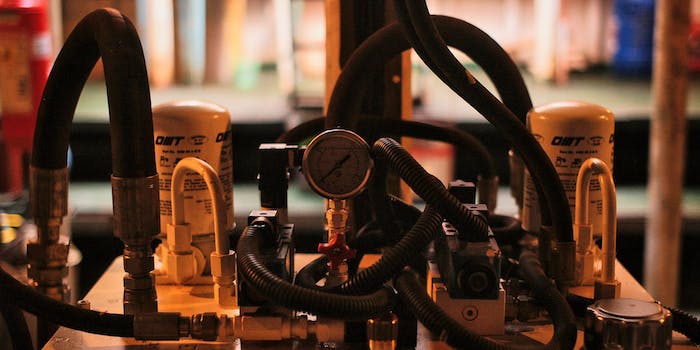 Googling “pressure cooker” could get you a visit from the cops

On Wednesday, six armed agents descended on the house of a writer whose family had googled “pressure cookers” and “backpacks.”

According to Michele Catalano, her Google activity prompted the agents to show up at her house because, weeks earlier, her son had clicked on a link in a CNN article containing bomb-making instructions.

“[My] son’s reading habits combined with my search for a pressure cooker and my husband’s search for a backpack set off an alarm of sorts at the joint terrorism task force headquarters,” Catalano wrote in her account published on Medium.

UPDATE: But it wasn’t the Joint Terrorism Task Force. The Atlantic Wire was able to get a spokesman from the FBI on the phone (we could not), who told them the JTTF wasn’t involved.

But the FBI couldn’t confirm how local police got the tip, and who or what was monitoring the Catalanos’ search history.

UPDATE 2: Info in “pressure cooker” investigation came from a former employer, not from Google

The agents never explained how exactly the Catalanos’ Internet traffic was monitored. However, on the same day they showed up at her house, the Guardian published a series of classified documents describing a U.S. National Security Agency’s Internet surveillance program known as XKeyscore. According to the documents given to the newspaper by former NSA contractor Edward Snowden, the agency has the ability to search through browser histories, emails and chats, often in real time.

According to Catalano, the agents did a cursory search of her home and interviewed her husband (she was at work at the time). They asked him if he had any bombs or owned a pressure cooker. “My husband said no,” Catalano wrote, “but we have a rice cooker.” The agent’s then asked Catalano’s husband if he could make a bomb with the rice cooker. “My husband said no, my wife uses it to make quinoa. What the hell is quinoa, they asked.”

The agents then questioned Catalano’s husband about why someone in the house was reading about pressure cooker bombs on the Internet. “My husband, ever the oppositional kind, asked them if they themselves weren’t curious as to how a pressure cooker bomb works, if they ever looked it up. Two of them admitted they did,” she wrote.

Apparently, the agents told Catalano’s husband that they do about 100 of these searches each week.

And the question everyone is circling around is this: Did the FBI give the local police information from the NSA?