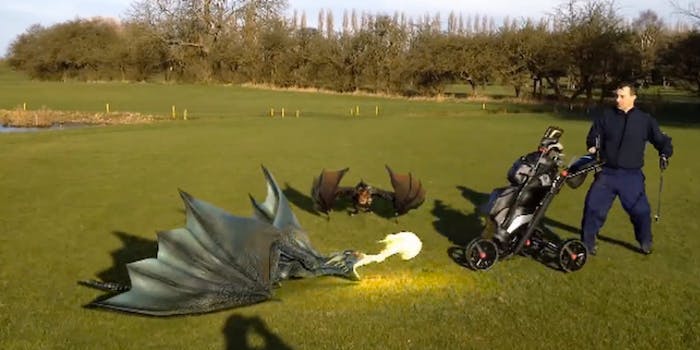 Back in February, a video was uploaded to YouTube, showing a man attempting to play golf while being menaced by two black swans, as his friend laughs and films the whole thing. It’s a reminder that even if you’re trying to enjoy a sunny day on the course, swans do not take kindly to being “charged.”

Four months later, the most recent season of Game of Thrones has come to an end, and many fans are attempting to fill the void somehow. U.K. on-demand video service Blinkbox turned that man’s swan terror into an ad for Game of Thrones season four, and replaced the swans with dragons.

It improved upon the original, yes. But put some “Yakety Sax” over that swan clip, and I’d watch it on repeat.