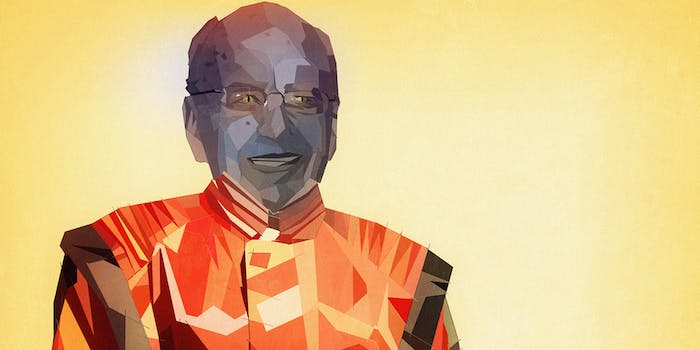 What Fox News can teach us about how the Internet works

The definition of "all the news that's fit to print" has changed on the Internet.

It’s not only Jon Stewart. Over time, it’s become abundantly clear to many that Fox News doesn’t always do the best with living up to the slogan “Fair and Balanced.”

But occasionally, Fox steps over the line from being blatantly partisan to just plain wrong. Such was the case recently, when they picked up a story from the Washington Free Beacon on an Indiana University program called Truthy, and spread it all around their website and network. According to Fox, Truthy was designed so the government can monitor hate speech and other suspicious patterns on social media. As the network’s Megyn Kelly put it, Truthy amounts to “some bureaucrat deciding whether you are being hateful or misinforming people.”

Except that in this case, it was Kelly who was doing the misinforming. Truthy has actually been around for three years, so it isn’t some new weapon the government is trying to implement without our knowledge. Moreover, the project’s goal is not surveillance, but examination.

In the wake of the Fox News controversy, David Uberti broke down Truthy for the Columbia Journalism Review. “By understanding the way this sort of information organically spreads across the network, researchers hope to be able to distinguish more inorganic patterns,” Uberti explains. He goes on to note, “They have recently analyzed ‘political astroturfing’—campaign or partisan groups tweeting under the guise of grassroots activity—reported on the digital evolution of Occupy Wall Street, created framework to differentiate between spontaneous and manufactured Twitter memes, and studied whether information goes viral by spreading between communities or within them.”

The irony in Fox’s failure to comprehend Truthy is flagrant: They could not understand information about a project designed to understand information itself. And why did they do that? Because they saw something about it online. The really funny part is that in some strange way, this has actually shown Fox to be more in tune with the Internet than any other news organization out there.

Truthy project leader Filippo Menczer told the Columbia Journalism review that its team was “completely blindsided” by what happened in the time the story went from the Free Beacon to Fox News. “The headlines are saying something that is completely false and fabricated,” Menczer continues, “We are not defining hate speech. We are not tracking people. We don’t have a database.”

And yet Menczer should hardly be surprised to see Fox pick up this narrative about Truthy and run with it. It’s a common Fox News practice—to report a story which takes a kernel of the truth and twists it into something that fits their agenda. Yes, Truthy had received grant money. Yes, the project’s aim is to identify certain commonalities that emerge on the Internet. But in the hands of Fox News, that suddenly becomes: “The government is sponsoring a fiendish plot to record your every move in an effort to silence the institution of free speech as we know it.” Do they get a tiny, insignificant, minor piece of the issue right? Sure, but they get the larger thing very wrong.

Another perfect illustration of this was Fox’s reporting on a story about Ohio voting laws in 2012. Mark Howard for Salon elaborates:

This year Republicans in the state of Ohio sought to amend their early voting law so that only members of the military would be permitted to vote early in the three days prior to the election. Democrats objected to this as it discriminates against certain voters, and they filed suit to preserve the right of every Ohio citizen to vote early. Fox News picked up the story, advancing the premise that Democrats were seeking to take something away from our military. Anchor Shannon Bream falsely declared that ‘If President Obama gets his way, the special voting rights of some of America’s finest will be eliminated.’ The truth is that Democrats in Ohio were suing to ensure that nobody’s rights were eliminated. The Ohio GOP was deliberately attempting to suppress the votes of citizens they presumed would vote Democratic. And Fox News helped them in that mission by brazenly lying about the substance of the debate.

So yet again, we see how Fox have become experts at chopping away at a story until the one little sliver that’s left presents room for their agenda, and nothing else. In the Ohio case, Democrats did want to stop the voting amendment, but their reasons had nothing to do with lack of respect for America’s troops.

But the thing is, Fox News aren’t the only ones doing this. They’re doing it with more money, fancier offices, and better suits, but this kind of half-reporting is everywhere on the Internet. Taking only a small piece of the story and spreading it around happens from every misinformed Facebook post to every time any given website publishes a story without checking their facts first. Sometimes it’s to suit an agenda, and sometimes it’s plain stupidity. But either way, it’s pervasive.

After the World Economic Forum voted that “the rapid spread of misinformation online” was the tenth biggest issue facing the world in 2014, England’s Farida Vis (who has written extensively on the subject) tried to frame why that might be for U.K.’s the Guardian. Vis alleges that it has everything to do with context. Because the Internet pumps out so much information at once, it’s easy to see how one could lose sight of what’s really going with anything, considering that everything is constantly being reinterpreted for different purposes.

Vis suggests that readers “take, for example, the incident of a police officer seemingly casually pepper spraying a group of Occupy protesters at a university campus in late 2011.” Vis continues, “While this incident did take place, it also gave birth to a popular meme. This shows the police officer photoshopped into a series of art works as well as other contemporary and historical settings. So while the original information is accurate, its further treatment turns it into something else.”

“But wait a minute,” you’re probably thinking, “I know the difference between a real news story and a meme.” Which is good for you. But what about the people who keep interpreting stories from The Onion as fact? Is it any wonder that misinformation is spreading so rapidly when there are individuals who will take a headline like, “New Study Finds 85 Percent Of Americans Don’t Know All The Dance Moves To The National Anthem” at face value?

And even when the Internet does report the truth accurately, sometimes it’s buried so deep within what you’re looking at that finding it becomes a treasure hunt of sorts. As Luke O’Neil puts it at Esquire, the system dictates, “Give me the viral pictures, and I’ll give you the truth. And then, after an appropriate waiting period, I’ll give you the other truth, and capitalize on that traffic, too.” Think of all the mousetrap-style article descriptions that contribute to this. We’ve all clicked on them, we all know their power.

This wild west approach to facts is also the reason the media has to be so careful with their sources in this day and age. Yes, information spreads quicker, but that doesn’t mean it spreads better. Case in point, Vis points out the way misinformation trickled down about the Boston Bombings following a witch hunt on Reddit. And CNN’s mishandling of that story ended up being just a preview of things to come, in terms of their coverage of the missing Malaysian airlines flight.

But the scariest thing about the spread of misinformation is that once it starts, it’s near impossible to stop. With the Internet, misinformation is like a virus. It’s fast, aggressive, and doesn’t care who gets hurt as it moves from place to place. Uberti observed at the CJR: “The Free Beacon’s article was shared about 4,000 times on Twitter and 10,000 times on Facebook, according to Muck Rack analytics. It was crossposted on FoxNews.com the next day, garnering an additional 2,000 shares on Twitter and 15,000 shares on Facebook. And it was quickly picked up by a handful of other prominent right-wing websites, becoming fodder for paranoia-inducing analyses by The Week, Reason, and Breitbart.com.”

O’Neill says as much, too, stating that getting to the truth “becomes even more convoluted when a story goes viral and it’s received with not only the imprimatur of the site of origin, but also the thousands and thousands of implicit endorsements by the people who deigned to share it.”

In that sense, we’re all complicit; almost every one of us has posted a link before we knew all the facts. This is how clickbait works. It’s not about the spread of information versus misinformation, it’s about the spread, period.

Fox News isn’t merely like the Internet in this regard; Fox News is the Internet. By adopting the web’s full time model of non-stop, never-ending, half-truths and major fictions, they’ve managed to stay relevant in a world they constantly appear to be at odds with. More often than not, Fox comes off like the old guy in the room, yelling about the kids and all hip, young stuff they like. But by capitalizing on the era of misinformation like no other, Fox has not only managed to stay in the game, they’ve learned how to play it very well.

This isn’t to say that journalism is dead, but it is wounded. In a piece for the Huffington Post, Vis implores us to “remember that every case of misinformation is unique and should be considered independently, paying attention to the complexities of the ecosystem it circulates within.” She alleges that it’s up to us to discern what to take seriously and what to avoid.

Vis is right in her supposition that misinformation varies from case to case, but sadly, it is the ecosystems they exist in that are too much the same. Fox News isn’t the sole culprit here, they’re just the worst one. (For the record, the Pew Research Center found MSNBC to be essentially even more partisan in their reporting than Fox is.)

Maybe what makes Fox so egregious is that they get the same stuff wrong so frequently. It would be funny if it wasn’t sad, and that’s why stopping them is so hard. Like with the Internet, we can train ourselves to avoid information that we know is bad. However, that won’t necessarily discourage other people from returning to the well and lapping it up, over and over again.

Illustration via Surian Soosay/Flickr (CC BY 2.0)