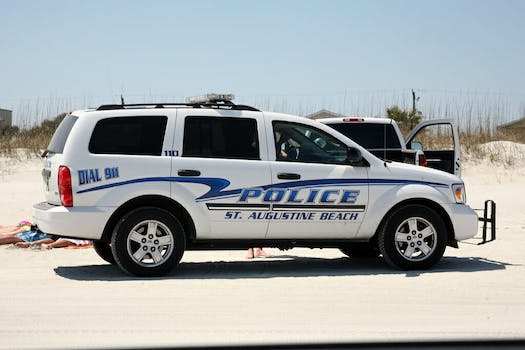 Which ‘Florida Man’ are you?

These stories are fun, but the men of Florida may be getting a bad rap.

This new meme formula helps you find your inner Florida Man. All you have to do is google “Florida Man” plus your date of birth minus the year. For instance, if you were born on April 27, your birth story is “Florida man arrested after witnesses said he practiced karate on swans“.

The meme apparently started on Tumblr when a user going by the moniker “Gandalfsoda” posted on March 19: “New fun personality game: search up ‘Florida man’ and your birthday and see what headline you get (year not nessecary [sp]).”

From there, the Florida Man meme began spreading around the internet before eventually making its way to Twitter, where it took off like a Florida man running from a state trooper.

Where do I collect my prize? #floridaman pic.twitter.com/kkxyQeTPns

You might be wondering why all these stories are coming out of Florida, and not say Idaho, or Vermont. According to World Atlas, Florida actually ranks 18th in terms of violent crime across the nation. Not exactly an enviable position, but far from Alaska and New Mexico—the first two states on the crime list. So what’s really going on with all these stories?

It turns out the abundance of weird crime stories coming out of Florida have more to do with how the government deals with public records than with people wanting to ride jet skis down the highway (to be fair, that guy wasn’t actually doing anything illegal).

As writer and former Floridan Jessica Misener pointed out in her Twitter thread, “Florida has something called the Sunshine Law that gives the public *very* open access to public records.” (Although it’s worth mentioning that Florida legislators are actually working to restrict access to these records when they pertain to mass shooting)

This, she argues, means that journalists have easy access to juicy stories they might not have in other states. If a local paper prints something strange or amusing, it’s easy for larger national sites to pick up on it and distribute it to a wider audience.

So if a local newspaper needs content, Florida Man stories are a gimme. A reporter can call the police department and ask for a full arrest report for any of those arrests, and almost always the police legally have to provide it. (Journalists in other states have it much harder!)

So that’s why you see so many stories about crazy stuff going down in FL, which start as local stories then get picked up by like, the Daily Mail.

However, she admits there are some other factors involved in these Flordia stories.

(also, i mean… the humidity and meth don’t help)

So go ahead and have fun posting your “Florida Man” stories. Just don’t start thinking you’re superior because you live in Illinois. After all, you guys rank two places higher at No. 16.