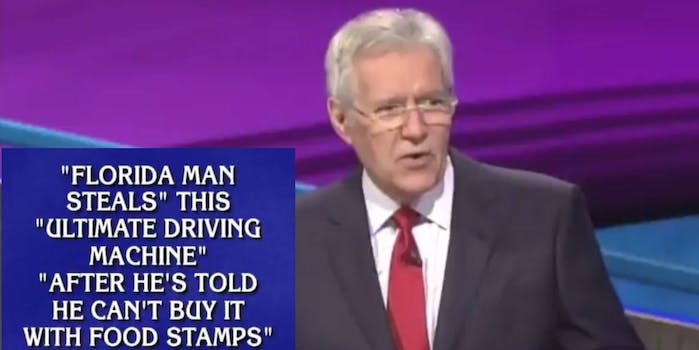 Test your Florida Man knowledge with these ‘Jeopardy!’ questions

How well do you really know Florida Man?

Since 2013, @_FloridaMan has been aggregating all of the most WTF news that comes out of the Sunshine State. It’s one of the only Twitter accounts worth following. The “world’s worst superhero” captures a reality stranger than fiction, where the combination of retirees, Disneyland, the swamplands, and plenty of drugs never cease to surprise.

Last night, Florida Man made its primetime debut as a category on Jeopardy! Test your knowledge below. 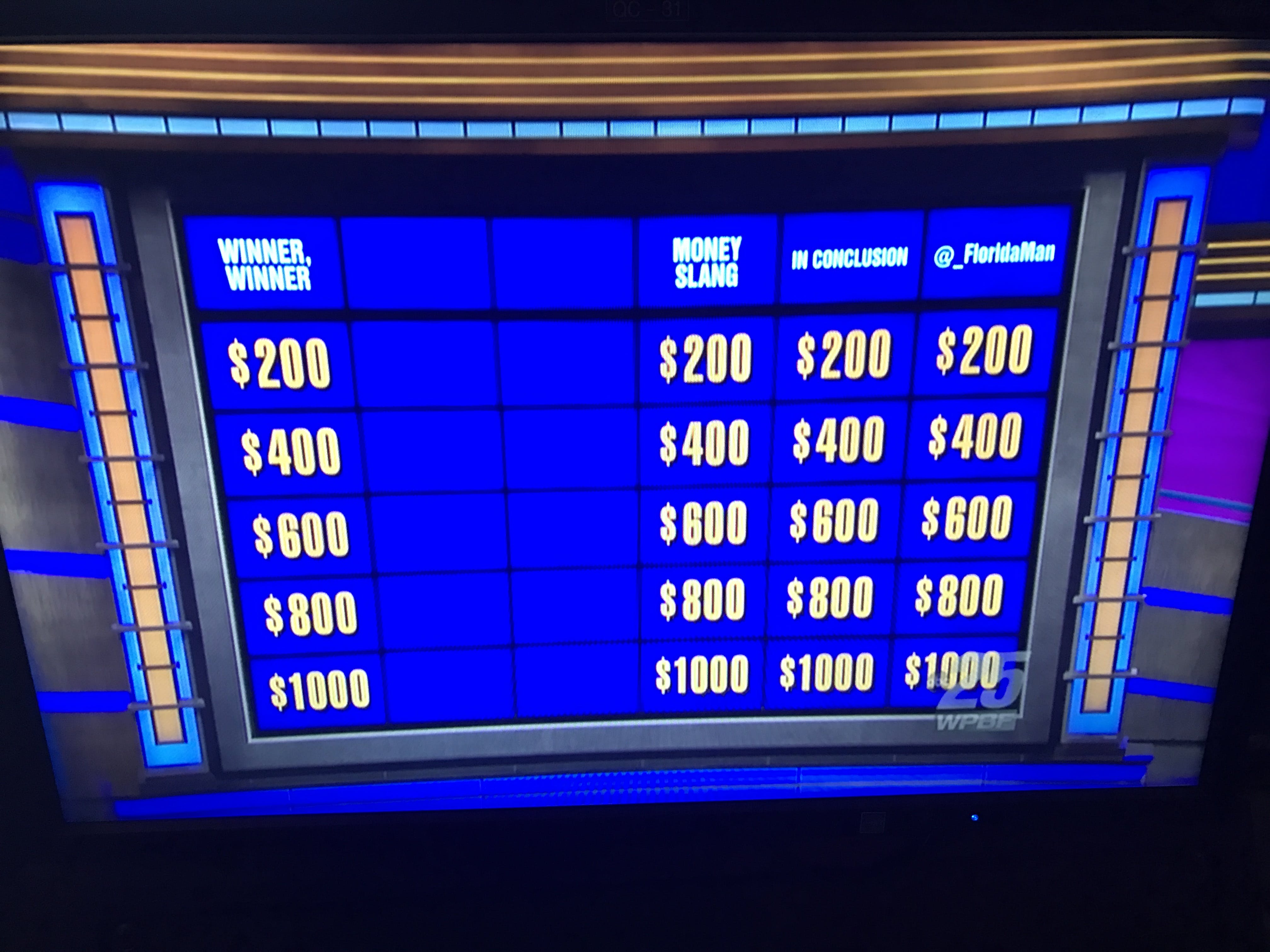 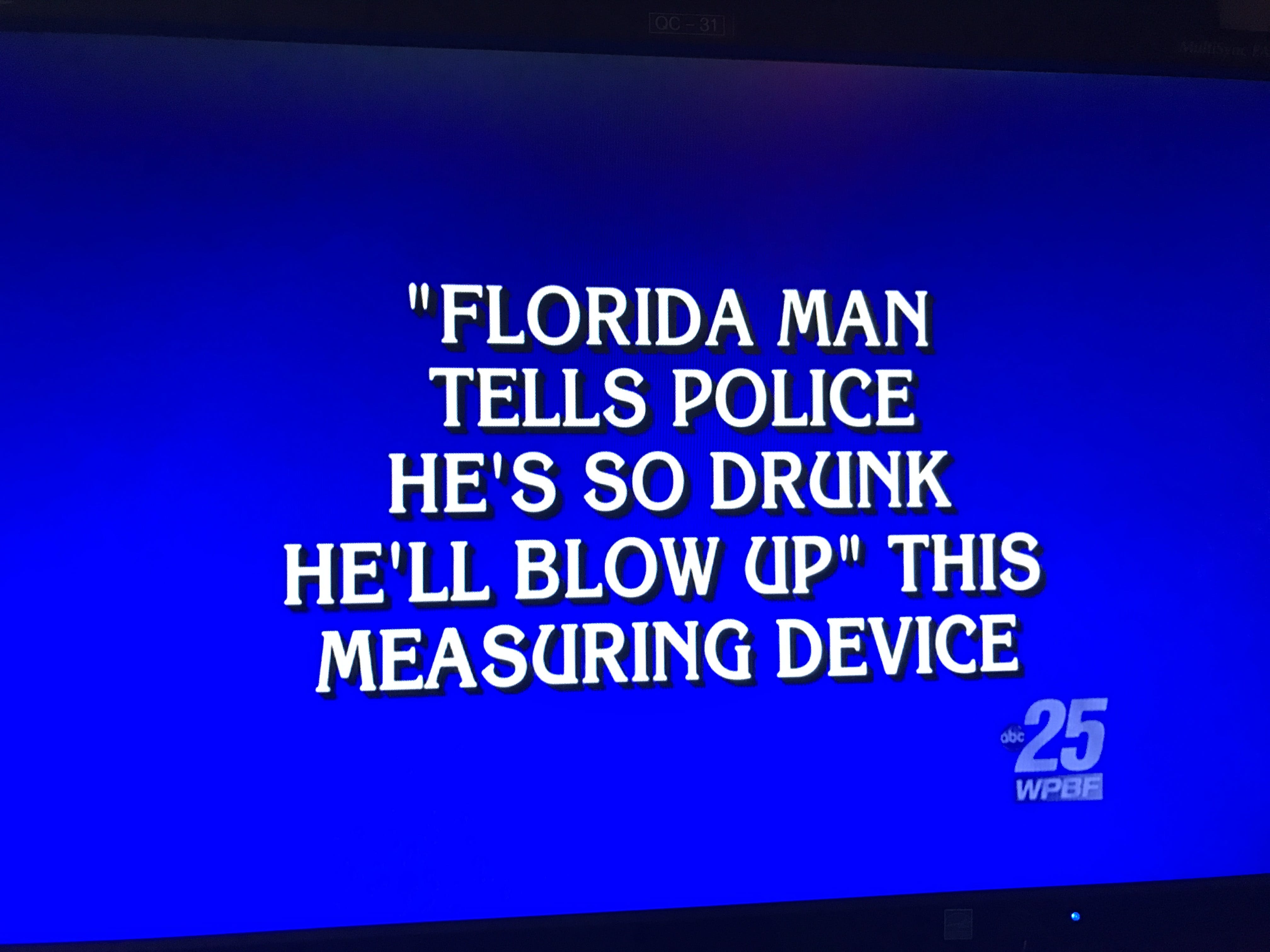 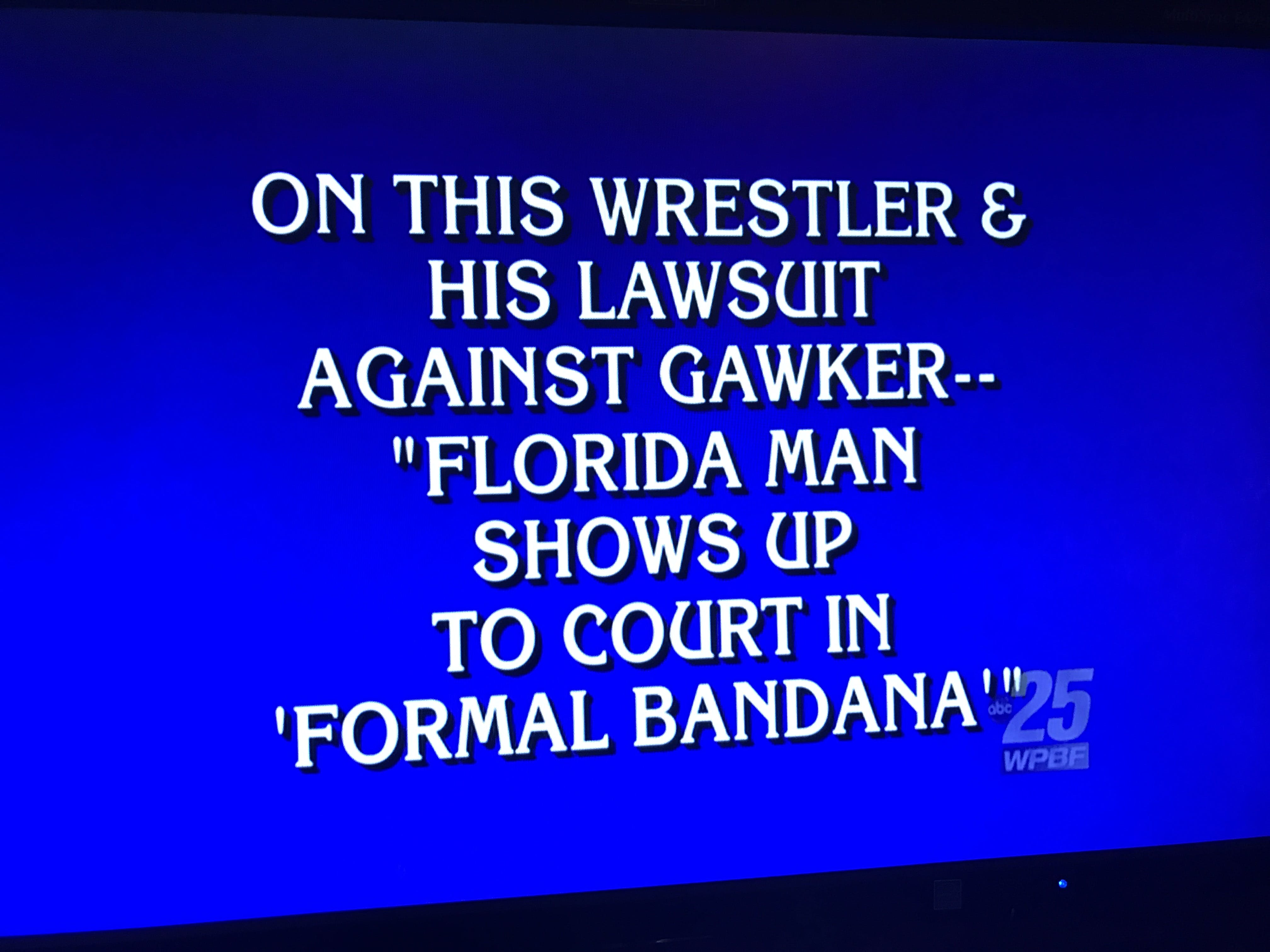 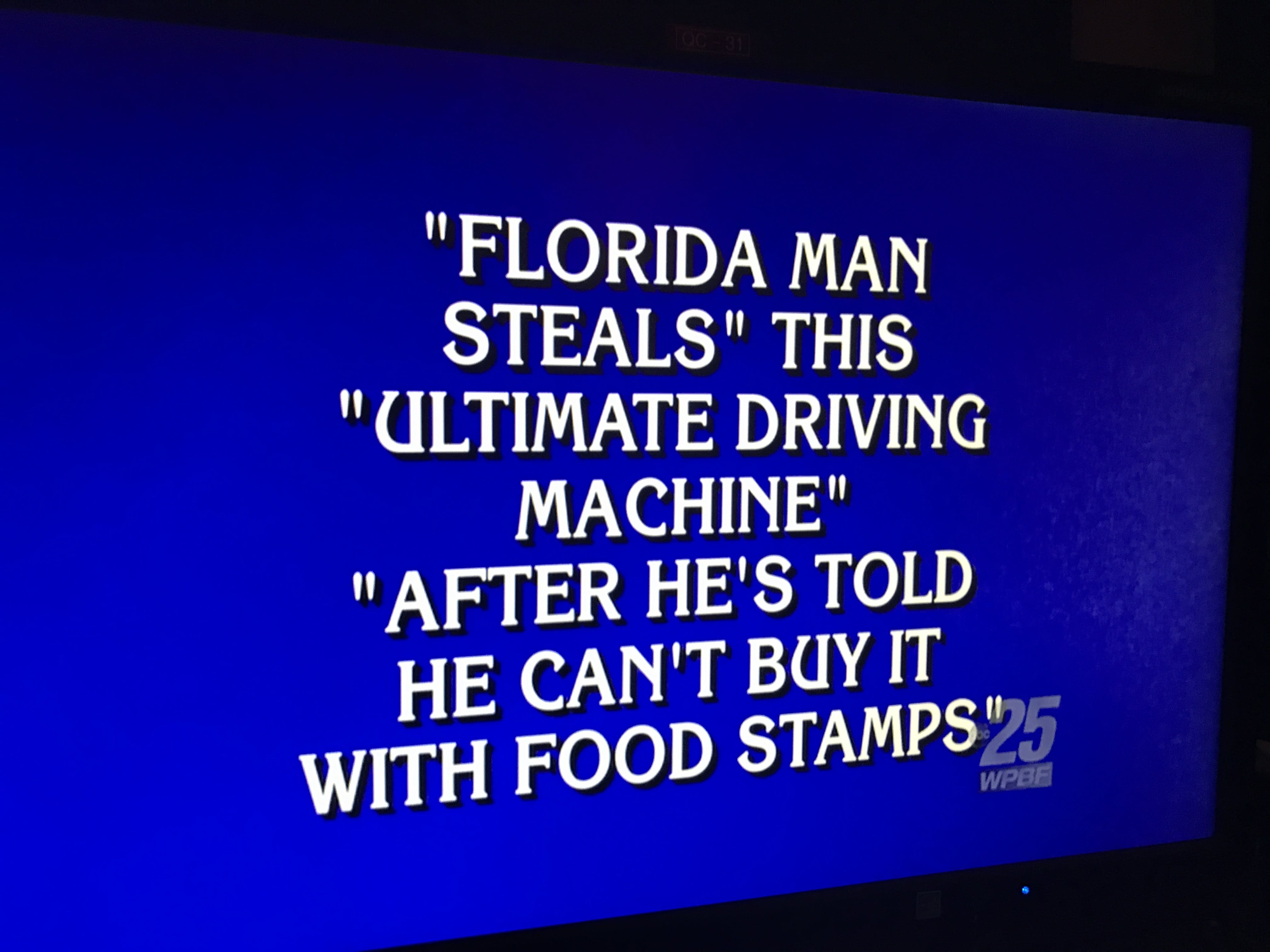 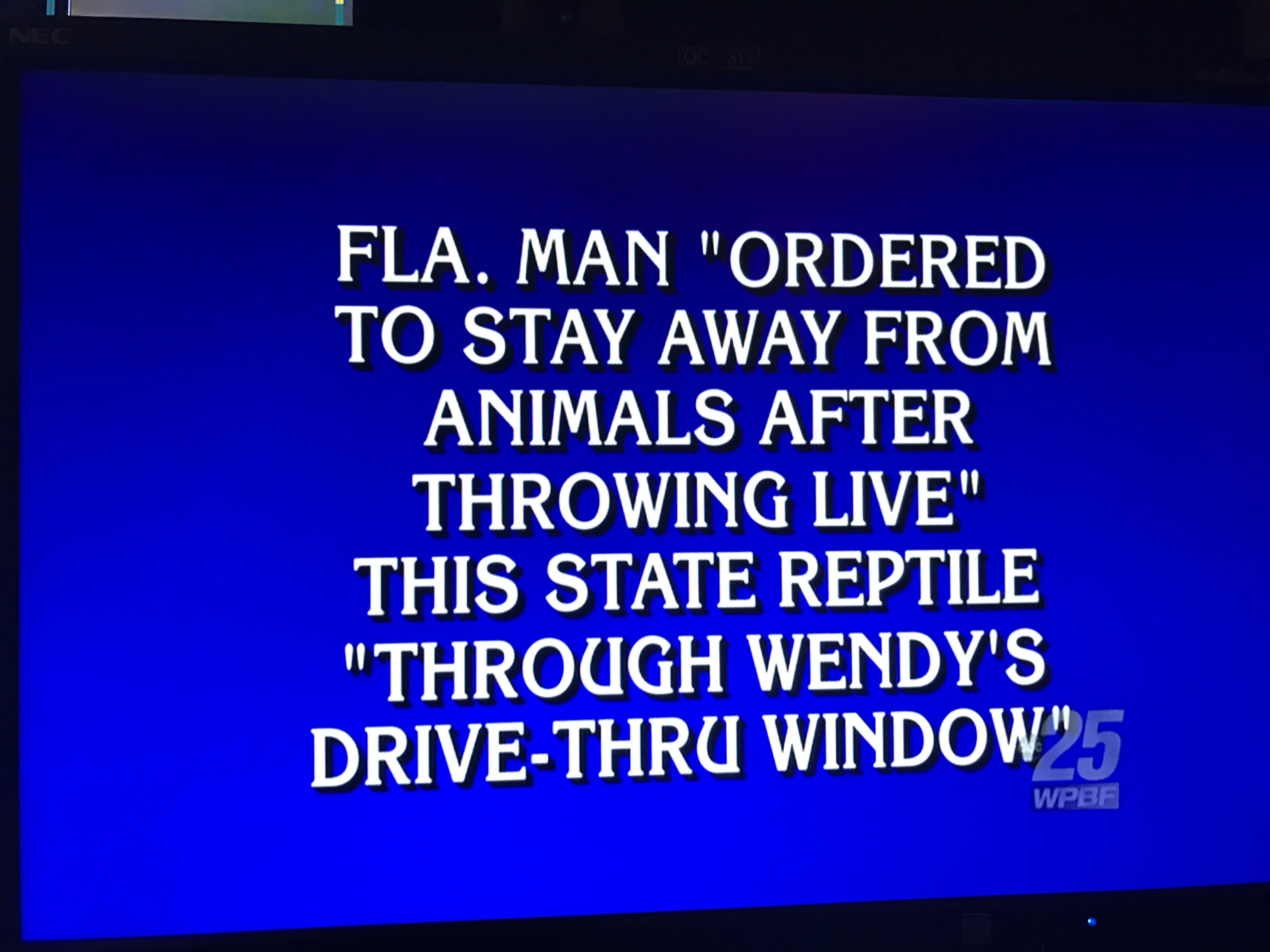 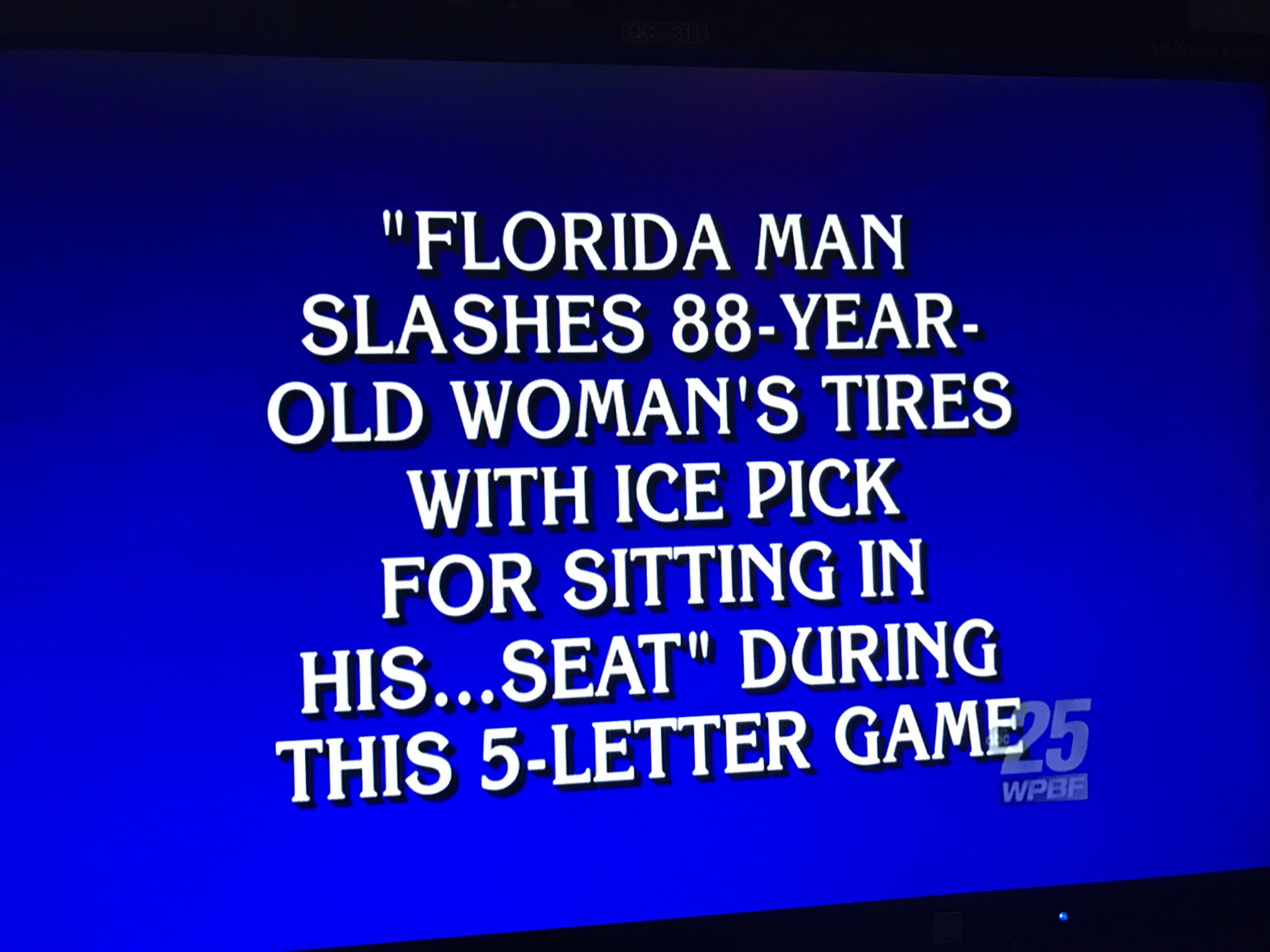 Don’t feel bad if you didn’t get them all. Alex Trebek could hardly contain himself during the segment, and even @_FloridaMan only got two answers right.

I only got two of these right pic.twitter.com/mcnN6G4NdL