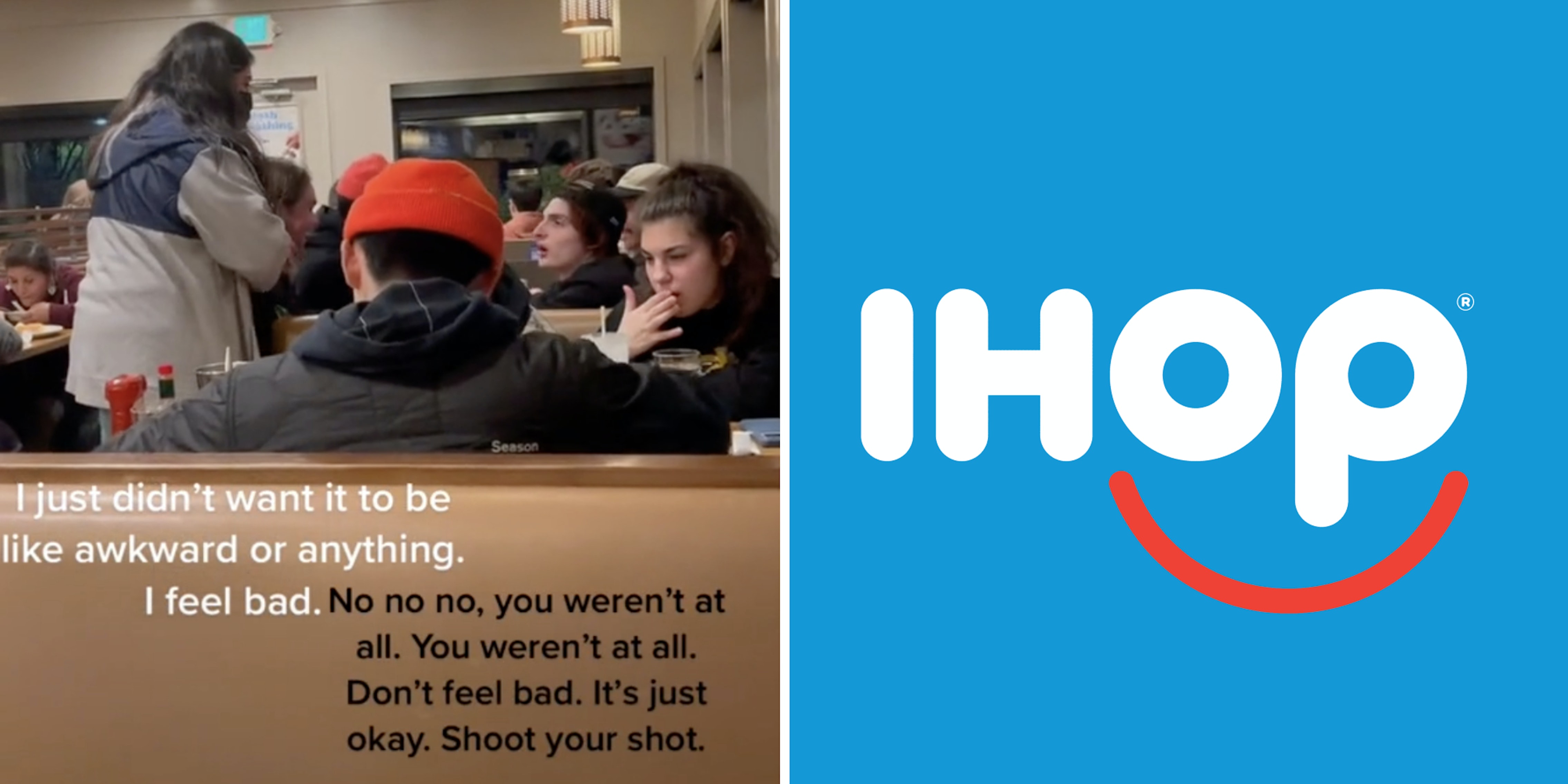 ‘Homeboy needs new friends’: Fan says Finn Wolfhard’s friends mocked her when she asked for photo with him at IHOP

'He’s nice but why his friends acting like that.'

A woman on TikTok says Finn Wolfhard’s friends mocked her when she asked to take a photo with him at IHOP.

The TikToker, named Lexi (@padrod2001lexi_), shared a video of herself approaching Wolfhard’s table to ask for a photo together. Wolfhard is best known for his role as Mike Wheeler in Stranger Things.

As of Wednesday, the video garnered about 1.2 million views on the social media platform. “Met Finn Wolfhard at IHOP and his friends mocked me,” the caption reads.

In a comment on the video, Lexi wrote that the actor and his friends didn’t have any food or drinks yet, so she thought it would be best to approach them before they were served.

“Hi, I don’t want to be awkward, but can I get a photo with you?” Lexi asks in the video, leaning down to say hi to the seated actor.

One of Wolfhard’s friends loudly says, “That’s so awkward,” which seems to embarrass the TikToker. She immediately apologizes and begins backing away, adding “It’s fine.”

Wolfhard asks the TikToker her name, and the two shake hands.

“Lexi, nice to meet you,” Wolfhard says. “Thanks for coming out.”

Lexi tells him she feels bad and that she didn’t want to cause awkwardness by asking for a photo.

“No, no, no, you weren’t at all,” Wolfhard reassures the TikToker. “Don’t feel bad. It’s just OK. Shoot your shot. It’s OK. I’m just with friends.”

The two did not take a photo together, and Lexi returns to her table.

“He’s nice but why his friends acting like that,” one viewer commented on the video.

“He was very nice about it but I fr think his friend didn’t have to go and mock you that was just messed up tbh,” another viewer commented.

A third viewer wrote, “why would they mock you omg i’d feel so hurt.”

Some viewers said the actor’s refusal to take the photo was “understandable,” but the friends’ mocking basically added insult to injury.

“Him [refusing] to take a picture is completely understandable but his friends were so unnecessary,” one user said.

“Not only did his friends mock you, but he denied the photo… that would’ve been my last straw,” another user commented.

One viewer said Wolfhard’s friends should expect to see fans when hanging out with the actor, writing, “They’re friends with a tv star what did they expect?”

The Daily Dot reached out to user @padrod2001lexi_ via TikTok comment and to Wolfhard’s team via email.