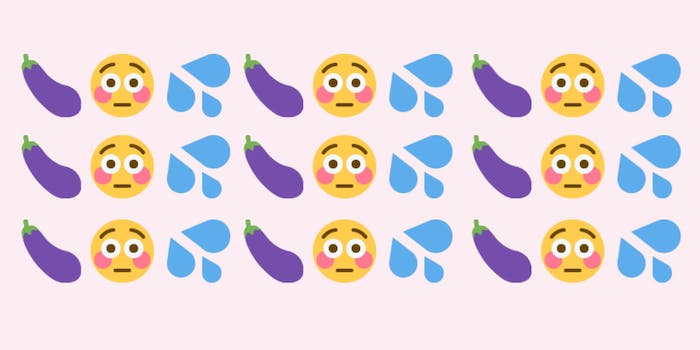 ‘Fellas, is it gay’ meme takes over Twitter as users ask the obvious

Fellas, is it gay to like a meme about fragile masculinity? I mean, you're basically making fun of other men.

Every now and then, a meme pops up that so perfectly resonates with both queer Twitter and fandom Twitter that it explodes across the site. Meet “fellas, is it gay,” one of the most popular parody tweets to date.

“Fellas, is it gay” is a phrase that’s been passed since 2009, when one Twitter user asked if it was “gay” if you’re “in a public restroom and its open urinals but yo ass gets right next to” another person’s, according to Know Your Meme. But the meme truly picked up in August 2017 after Twitch streamer ilooklikelilbil tweeted “FELLAS: Is It Gay To Pray ? You’re Getting On Your Knees For Another N***a ? 😳🤔.” Ilooklikelilbil’s tweet was so popular that his format inspired other Twitter users to join in on the fun, including one tweet joking if it was “gay to take out the trash” and another quipping that it’s “gay to make money.”

fellas… is it gay to take out the trash? i mean men are trash so you basically taking out another man

Of course, “fellas, is it gay” pokes fun at fragile masculinity. Straight men have long worried that everything from low testosterone levels to fragrances make them gay, which is just the perfect cocktail of male sexual insecurity, homophobia, fears about femme gender expressions, and men’s irrational desire to be powerful, dominant, and independent straight breadwinners. “Fellas, is it gay” makes fun of all that by showing just how men’s fears manifest themselves in absurd ways, like whether there’s a “straight” or “gay” way to take a shower.

To make your own “fellas, is it gay” meme, just pick a subject, explain why it could be gay in the most ridiculous way possible, and then add a few embarrassed emoji at the end. Case in point, artist Darius Kazemi programmed a Twitter bot that regularly creates its own parody memes. The account touts over 2,000 followers and features jokes about everything from praying to spitting.

Guys… is it gay to pray? I mean you're literally communicating with God for any reason.

Fellas: is it gay to jack? It's literally hitting (the ball) hard 😳🤔

is it gay to omit? It's literally failing to perform.

FELLAS… is it gay to interject? You're inserting something between other things ☕️☕️

More recently, the Twitter parody picked up after British anchor Piers Morgan tweeted about his own fragile masculinity. After a paparazzi photo emerged with Daniel Craig wearing a baby carrier, Morgan targeted “Oh 007.. not you as well?!!!” and wrote “#emasculatedBond.”

Morgan received a roasting in his own right for attacking Craig, but after Twitter user “mitchysuch” wrote “Fellas, is it gay to have a child with your wife,” Twitter quickly began asking if it was gay to be a good father.

Fellas, is it gay to have a child with your wife https://t.co/ZXiTfyK547

fellas, is it gay to be a father https://t.co/Iza4TNMp3f

i, a real man, only drag my infant child around by one leg

My son tried to hug me and call me daddy so I had to sock him in the chest, can’t be too safe

Meanwhile, the K-Pop BTS fandom is having its own “fellas, is it gay” moment after Min “Suga” Yoon-gi called fellow performer Kim “V” Tae-hyung “sexy.” Suffice to say, the clip fueled “Taegi” shippers’ biggest fantasies as the outside Twitter world squabbled over Piers Morgan.

fellas is it gay to call your bro ‘sexy’ while he spreads his legs and acts like a tease pic.twitter.com/jZMY27OF81

I wouldn't be suprise that's taegi skshsksksk i love this ship so much i always cry for them dammit https://t.co/e732PvArqw

YES. Bcs he didn't say "no homo" after that https://t.co/SAYND4qEls

Fellas,,,,,,,,,,,,,, is it gay to look at your bro like he hung the stars and the moon with his bare hands and lighted up the entire universe with his smile. pic.twitter.com/DRy9G9qaY8

The phrase has trended across Twitter since Monday, with dozens of parody tweets taking over users’ timelines.

Fellas is it gay to place your trust in Christ, a MAN?

Fellas is it gay to be homophobic? I mean you’re literally obsessed with what another man does with his genitalia …idk man sounds kinda zesty to me. pic.twitter.com/AMFf3RP9vt

This country was founded on one principal: Fellas, is it gay to be ruled over by another man?

fellas, is it gay for men to romantically love women?

By the way, fellas, it is gay. It is always gay. It will forever be gay, and now you are also gay. Congratulations!