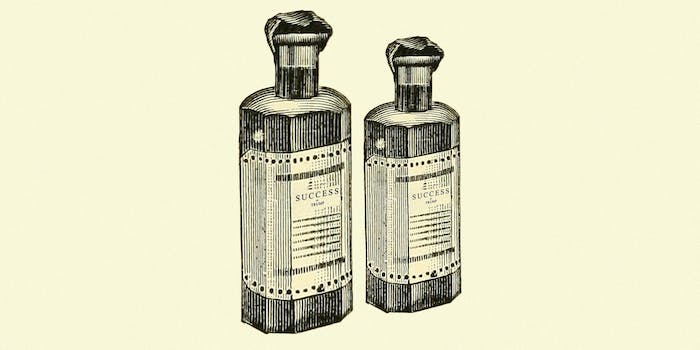 Are Men OK? The fragile masculinity of Donald Trump’s fragrances

He literally has a cologne called Success.

In many ways, Donald Trump is the epitome of fragile white masculinity. He is obsessed with appearing strong and respected. His staffers say he blows up if he believes people aren’t taking him seriously. And he is insecure about size, whether it’s the (small) size of his inauguration crowd or (small) size of his hands.

Anyone familiar with Trump before the election could have seen this coming a mile away from just looking at his buildings, his style, and his products. And, for instance, his cologne line.

Have you ever seen a cologne that looks like it’s trying to make up for something? Check out DONALD TRUMP by Donald Trump. Gold, thick, yooge font—nobody is getting the wrong impression about this cologne. Sure, all perfume bottle design tends to be a little ostentatious, but this one goes straight for “I’m one of the evil bonds tradesmen from Bonfire of the Vanities.” 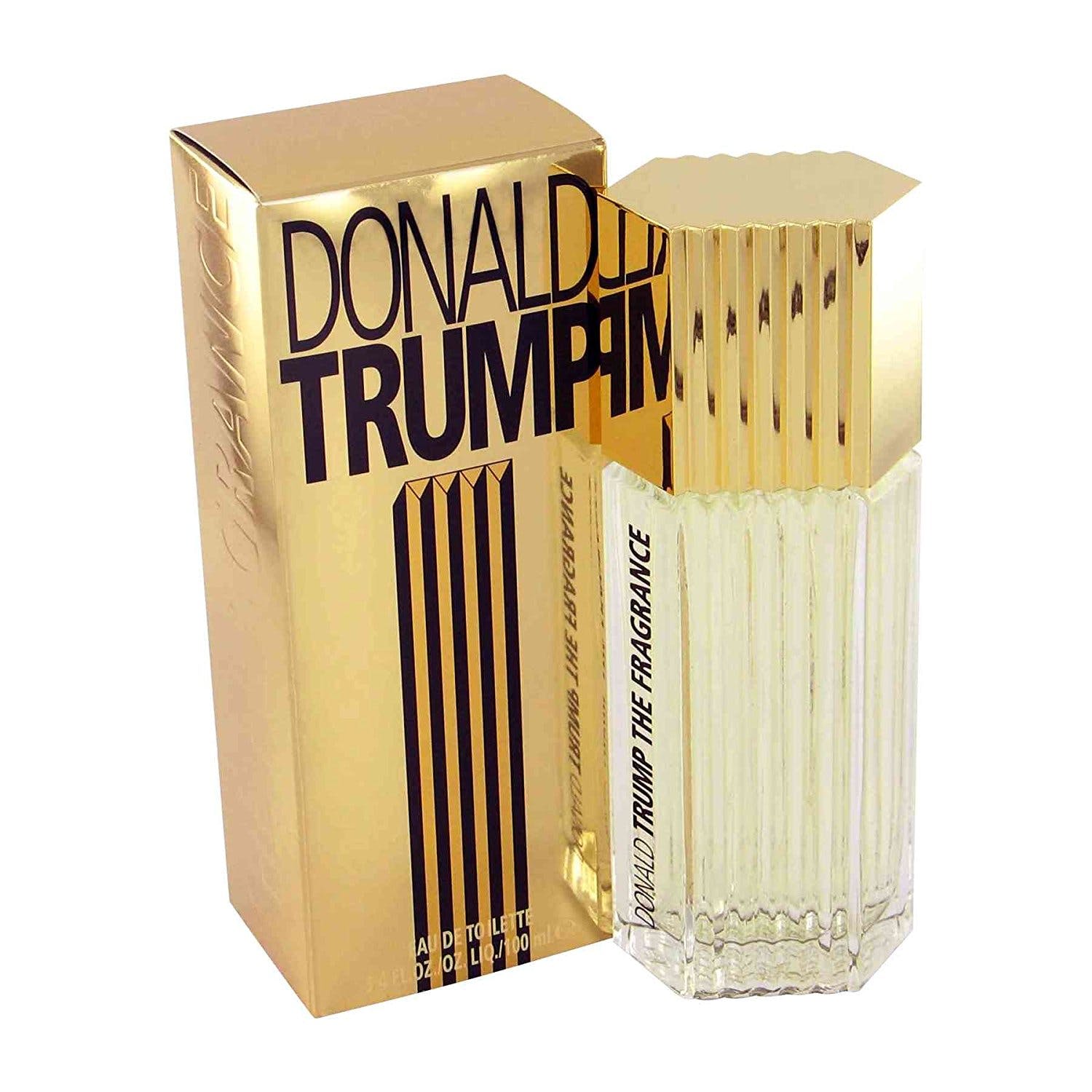 And how about the names of his other scents? Success, which definitely describes Donald Trump and his rapidly shrinking staff, and Empire, which… eek, OK, that one’s a little ominous. But the reviews for these products show just show effective they are.

This macho posturing can be seen in everything Trump does, from the height of his buildings to the height of his hair to the sheen on his gold toilet. But the funny thing is, by textbook definition, caring about appearances is not very “masculine.” Spending time selecting the right fragrance? Making sure one’s hair is perfectly coiffed? Taking pride and care in interior decorating? These are all things that have been used to demean women, gay men, and certain classes of society. But at the same time, the ideal fragrance, hairdo, and home have always been made in the image of or had to meet the approval of rich, white, straight masculinity.

At its heart, though, masculinity is nothing more than the sum of behaviors and actions that a particular man, like Donald Trump, deems it to be—he will shift it and shape it to fit his tastes and vulnerabilities, especially when he feels they’re in danger. But if you catch his posturing at the right angle, you’ll see there’s nothing there. Just a man who smells of Success, telling you it’s working.