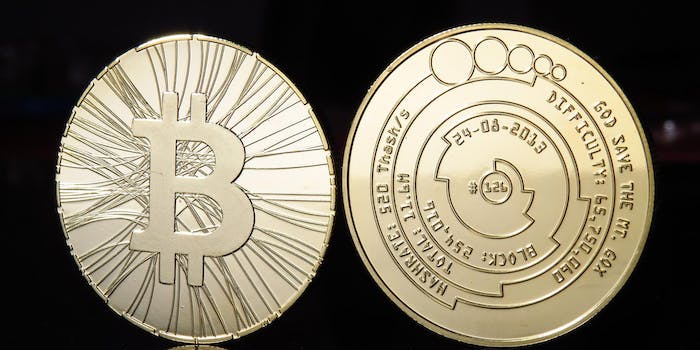 The Bureau says it's found another one of accused Deep Web tycoon Ross Ulbricht's bitcoin stashes.

After weeks of speculation about what will happen to the millions of dollars made at the Deep Web black market Silk Road, the FBI has just taken a big step toward its goal of confiscating the now-shuttered site’s entire stash.

The Bitcoin address now known as DPR Seized Coins finished receiving the mass of cryptocurrency early this morning, an FBI official told Greenberg. Authorities are also eyeing 110,000 bitcoins ($22 million) in a separate wallet that they believe also belonged to Ulbricht.

The FBI’s Bitcoin address for the seizure is getting so much attention that opportunists have begun using it as an advertising platform. By sending just an infinitesimal amount of Bitcoin, equivalent to a fraction of a cent, they can have any URLs immediately featured at the top of the page. Advertisers selling everything from USB sticks to iOS apps have spent money to hock their wares next to DPR’s Bitcoins.

At some point in the future, the FBI plans on selling off the seized Bitcoins. If that happens, the bullish Bitcoin rally over the past month would be a big boon to their bank account. The average price of Bitcoins is currently sitting at $182, up $50 from the day Silk Road was seized.