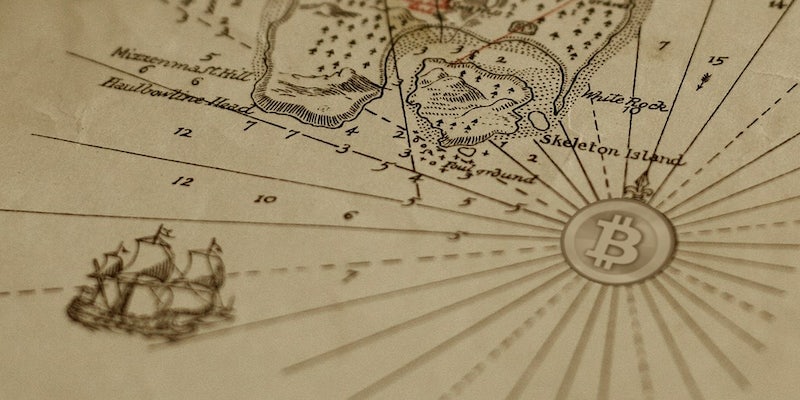 What will happen to Dread Pirate Roberts’ Bitcoin fortune?

What does the FBI plan to do with $80 million in Bitcoin, assuming they can seize it?

One of the most eye-popping allegations to come out of the FBI’s shutdown of Silk Road, the Web’s biggest market for illegal drugs, was that the site’s owner, Dread Pirate Roberts, had collected $80 million in commissions.

But the status of that fortune—collected in the form of the digital currency Bitcoin—is still up in the air.

As TechDirt points out, the FBI only seized 26,000 BTC—worth $3.6 million at the time—from Roberts (real name Ross Ulbricht) when the agency arrested him. That’s a far cry from his presumed fortune.

What’s more, those bitcoins don’t appear to have been confiscated from Ulbricht’s personal wallet. They were taken from Silk Road’s users, an FBI spokesperson told Forbes‘s Kashmir Hill. The agency has yet to decrypt and confiscate Silk Road’s actual profits.

“That’s like another $80 million worth,” the FBI told Hill.

Assuming Ulbricht kept all of the money, that’s around 600,000 BTC still to be seized, or around 5 percent of all the Bitcoin in circulation. The only comparable stash of BTC is a million-bitcoin wallet believed to be owned by Bitcoin creator Satoshi Nakamoto himself.

The fortunes of Bitcoin have historically risen and fallen with Silk Road, as an analysis from Bitcoin news site The Genesis Block reveals, but the Bitcoin economy has now evolved to the point where the black market’s shutdown only made a minor dent in the digital currency’s value.

Silk Road’s profits may not remain out of circulation for long. The FBI told Hill that the seized funds could be sold off, much like any other confiscated property, if Ulbricht is convicted. Whether it intends to or not, the FBI may find itself in the Bitcoin business.

For right now, though, the 26,000 bitcoins the agency has already seized are sitting in a wallet called “Silkroad Seized Coins.” And, as TechDirt’s Mike Masnick notes, Silk Road supporters are using the wallet to send messages to the FBI and the Department of Justice.

“Prohibition doesn’t work. Good try. Many more will rise,” reads one of the comments.